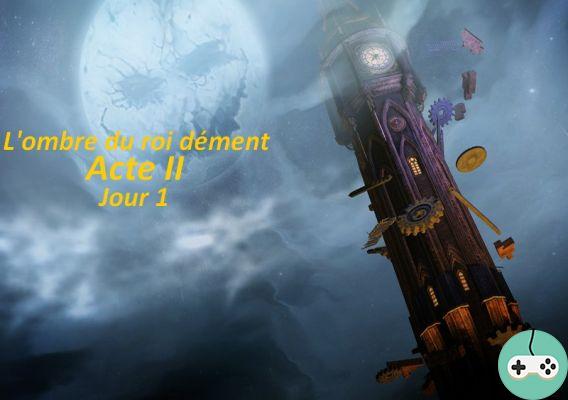 Here we are on October 27! The Halloween event in Guild Wars 2 has moved on to Event Act II: Shadow of the Mad King!

Each day of this event will have the right to its little summary in the evening with all the information that we were able to recover during the day.

So today is the first day of act II which will take place from 26 "evening" to 28 "evening" of October. So let's see the content of this fifth day of celebration! 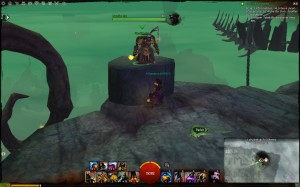 You will need to have previously completed the insane memoirs of act I. For this, go to our Halloween article act I day 1.

For those who have already done this first part of the quest, let's move on! ?

Go find the Magistrate Tassi and keep under the elbow the material meter supplied with candy as well as candies for the quest. 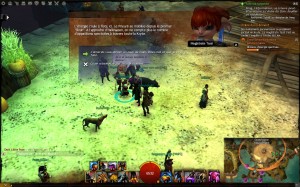 Do you have your equipment? We can go. 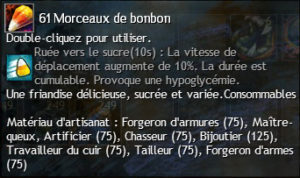 Thanks to this tool, you will be able to search for ghosts who will tell you funny stories. Listen to them in full! ?

This material meter will grant you 5 spells:

With these first 4 spells, you will find strange places in the Kryta region. The 5th spell will allow you to detect bags of candy or ghosts that will give you demented memories with clues to find the other ghosts. When you approach "sensitive" areas, the spell will change to "strong signal". Will you need to use the correct detection?

Where can I find demented memories? Follow the guide ?

Site n ° 6 : Go to fields of Gendarran - Ascalonian Colony, then use your material meter at the location indicated by the arrow.
This will trigger a new event called fend off the hands of accused thieves. Defeat the enemies, the ghost of Cashel will appear and give you Insane Memoirs VII: Severed Hands 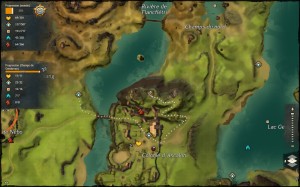 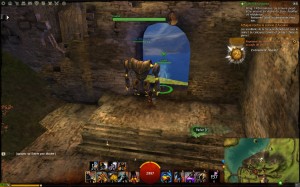 Site n ° 7: Go to the Harathi Hinterlands via the TP from the Ruins of Saint Demetra. Here you will see a statue of Dwayna. Clicking on it will tell you to kneel (/ knees). This summons the ghost of Dwayna's emissary. Use your material meter near this outfall, and Frenn's ghost will appear to give you Memoir Mement VIII: Feast and Famine! 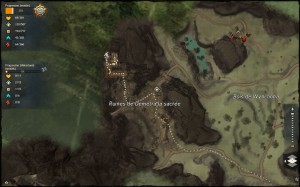 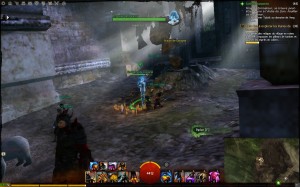 Site n ° 8: Go to the Black-headed Gull Island, Blood Tide Coast area (Below the Lion's Arch). There is a beached ship to the left of this island. Use your material meter once on this ship. You will find a clickable suspicious gear. Click on it and a haunted door opens!

An event will then start and you will have to kill the mobs until a candy elemental spawns. After your victory (At least I hope so ^^), speak to the ghost of Fleet Marshal Bennu to receive Mad Memoir IX: Pain and Love 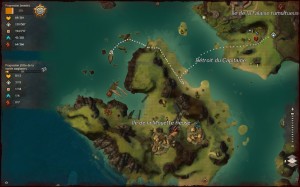 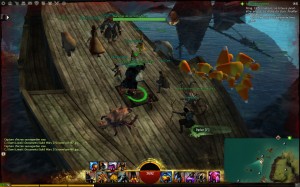 Site n ° 9: Go back to the Harathi Hinterlands, the TP on the left in the northwest corner near the small town. You will need to go a little south of the armor repair guy and go up the stairs. At the very top you will find a storeroom with hay and a pumpkin. Use your material meter here to reveal the ghost of Rufus who will give you Mad Memoirs X: Tax-O-Lanterns. 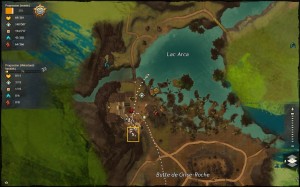 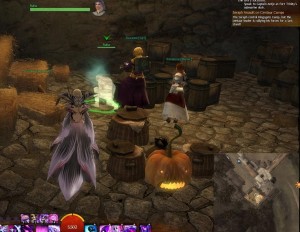 Site n ° 10: This one is also in the Harathi Hinterlands. Go to the northeast bridge that spans Lake Arka. Use your (gas) material meter here to reveal a suspicious location on the bridge and initiate the flaming ghost event. Then use the aqueous mode to reveal buckets of water which will be used to extinguish the flame on the ghost. This done, Portia's ghost and she will give you the Mad Memoirs XI: Flames of Renewal. 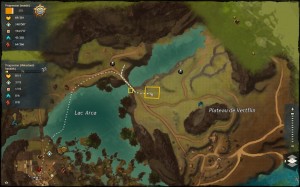 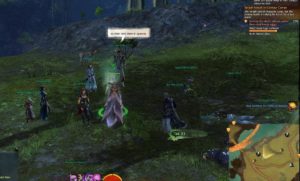 Site n ° 11: This one is located in the marshes of Lumillule, crypt of Fort Cadence, inside the shattered keep. Go down the path to the bottom of these crypts then use your material meter to reveal a suspicious spot near the torch. You will spawn the ghost of Wynn who will give you the Mad Memoirs XII: Descension. 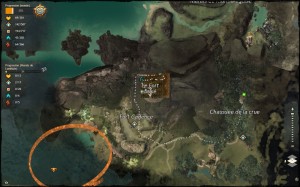 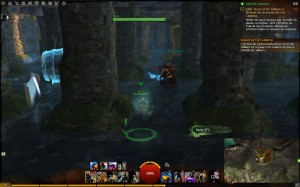 Once you find these 6 new insane memories, go back to see the Magistrate Tassi which will provide you with the complete edition of the Insane Memories! 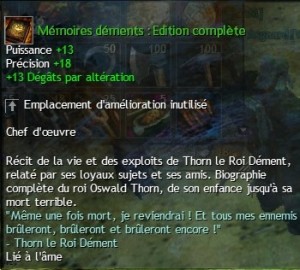 This Puzzle Jump is located in the Mad King's Labyrinth which is itself in the Queen's Valley, the Plains of Kesse or the Fields of Gendarran. Once in one of these areas, if you see haunted doors with a pumpkin on top, go inside! Once through the door, talk to the NPC and ask him to join The Mad King's Clock. 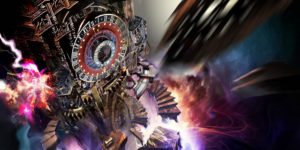 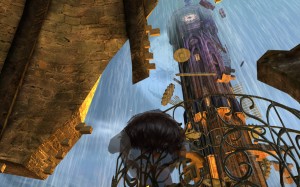 Open your eyes wide and jump on anything that appears no matter how small it is. You may have to jump lower to be able to climb back up. Speed ​​boots are not negligible. You will find in the bell tower a nice chest as well as a success?

Everything is ready ? So let's go ! UltiMesk has agreed to share with us his video of this Puzzle Jump. Do not hesitate to subscribe to his Youtube channel! There you will find guides, explorations and other tips.

This mini-game was introduced with Act II. This is a small game where two teams compete for 13 minutes.

The players are divided into two teams: the villagers et the lunatics.

You will be able to play the Lunatic Inquisition via the laboratory of the mad king thanks to the region of the Valley of the queen, the Plains of Kesse or the Fields of Gendarran. Once in one of these areas, if you see haunted doors with a pumpkin on top, go inside! Once through the door, talk to the NPC and ask him to join the Lunatic Inquisiton.

Look at the top if your screen has two numbers. The one on the left is your score and the one on the right is the enemy score. The small number in between is the time remaining to play the match. 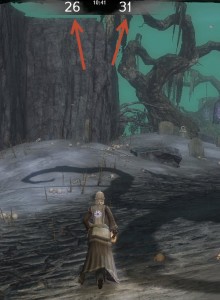 Here is the map. We find the poor in red, the teleport terminals in blue and the alarms via the white arrows. 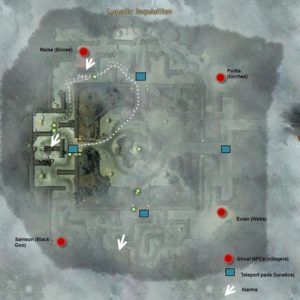 You only have access to an elite ability (invisibility) but the items you find will grant you other abilities. Don't waste them for nothing!

On the four corners of the map, NPCs ask you to collect various things. 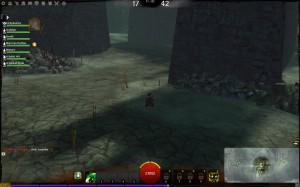 You have access to a bar full of abilities

In addition, you will be able to pick up items to place traps. 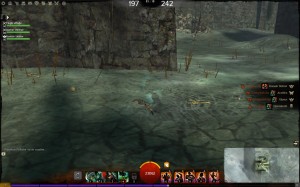 Here is for this 1st day of act II. There are still things to say but so much to write ... I will tell you about it tomorrow!

Don't hesitate if you feel like helping out with these guides. ?

Thanks to UltiMesk for their video of the Mad King's Bell Tower. His youtube channel.


Do you want to be up to date and know all the tricks for your video games? In gamesmanagers.com we enjoy playing as much as you do and for that reason we offer you the best tricks, secrets or tips for you to play non-stop. We offer you quality content and always updated to keep you up to date. That's why, in our website, you will find not only videogame guides but also tricks, secrets and thousands of tips so you can play to the limit. Are you ready to get it? Enter now and enjoy your videogame!
Archeage - APEX issue ❯