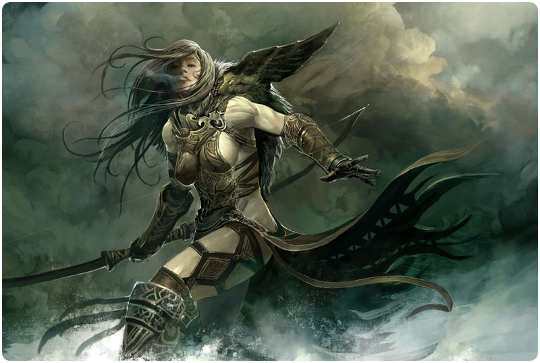 Who shows daring will make his legend eternal 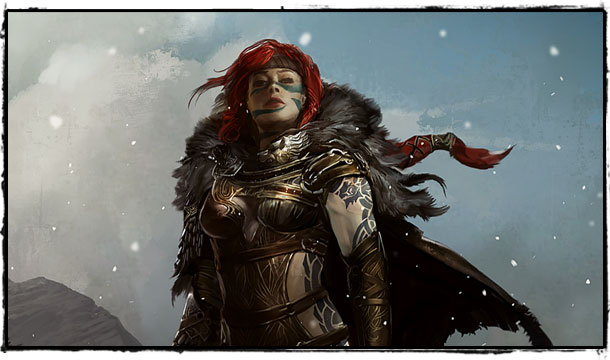 The Norns are mighty brawlers of the frigid northern lands. They can morph into powerful animal forms. Driven from their homelands by an unimaginable force, they regroup in the ruins of the dwarf cities of Shiverpeak.

At first glance, the norns have a human appearance. But when we approach them, we notice that there is a difference in size (in both senses of the term). Acclimatized to the harsh winter cold of the high peaks, the norns - these strong and hardy semi-giants - live in a relatively isolated way. 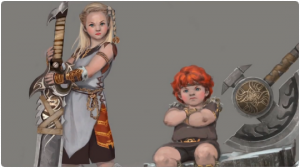 Their social organization is quite unique. Their solitary nature and their desire for independence perfectly reflect their refusal to swear allegiance to anyone, even one of their own. Only the heroes who have accomplished feats worthy of being told among the norns, can claim to found their own domain and engrave their name forever in the memory of their companions so that their legends may be perpetuated. Thus, there are no sovereigns, elected or not, who have any authority over Norne society.

Norns owe their survival to their sharp senses, quick wit, and the strength of their powerful forearms that they use when they go hunting. When they return from hunting, it is in the large estates founded by powerful heroes, such as Hoelbrack, the large hunting lodge around which an immense encampment has been established, that the norns feast and quench their thirst in good humor. , thus recounting their adventures and bragging about their exploits. It is also in these activity centers that they prepare their future escapades, have fun by doing, for example, a barrel-throwing match, or meet adventure companions. There is therefore no city, strictly speaking, made up of a unique desire to live together.

Hoelbrack however serves as the center of their civilization. In the years since its founding, norns have come from all Shiverpeaks to trade, meet their peers, brag and drink; but rare are those who stay there all year round. It is Knut the Polar Bear, grandson of Aesgir, who now supervises Hoelbrak. Anyone who dared to call him a ruler, however, would only elicit general hilarity: Knut's title is Pavilion Master. He ensures the safety of Hoelbrak like his father and grandfather before him. He puts the young warriors to the test and organizes large assemblies to celebrate their exploits. La Harde, led by his two sons, maintains order among these quarrelsome and brawling people. 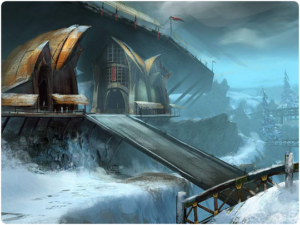 Five large buildings dominate Hoelbrak. The Grand Pavillon constitutes the domain of Knut; Under the high ceilings of its galleries and balconies stand the greatest heroes of this people.

The norns have spread throughout the Shiverpeaks, preferring to set up simple farms in the middle of nature, where survival is a question of strength and talent; and one can see their camps near the best hunting grounds and the most crystalline streams. They remain independent and each make their own life. This is what distinguishes them, in particular, from humans. They differ from charr and asura, by their almost non-existent technology, and sylvari whose curious nature is not theirs.

Just as they refuse to submit to rulers, the norn have no god in the human sense. They revere the spirits of nature, totemic powers representing the great spirits of wild animals, both sources of inspiration and precious allies. Each totem is accompanied by virtues and teachings. Today, four spirits deserve to be revered: the Bear, the Wolf, the Raven and the Snow Leopard. Moreover, whether in large estates or in snow-capped mountain landscapes, many altars have been erected in order to communicate with the spirits. The largest are the four pavilions of Hoelbrack where the Norn shamans work to preserve the faith. Those who choose to become shamans, devote themselves to a sacred territory: a sanctuary, a pavilion, or a hunting area dedicated to their spirit of nature. Both guardians and teachers, they serve the Norn people, protecting their land and teaching others lessons from the spirits they revere.

Four of the most powerful and devoted shamans are known as the Messengers of Hoelbrak. Their mission is to monitor the four pavilions surrounding the main hall of Hoelbrak. Other shamans, called Havrouns, have the ability to physically cross the Mists to go to the Hall of Spirits, where the brave live forever.

For the norns, the spirits of nature represent guides that must be respected in order to maintain harmony. Norns, by virtue of their proximity to spirits, have the ability to metamorphose and thus take on the appearance of the forms they like. Thus metamorphosed, they increase their affinity with them. The norn draw the blessings of nature but take care to preserve it, for the wisdom of the spirits brings them an understanding which moderates their bubbling temperament. 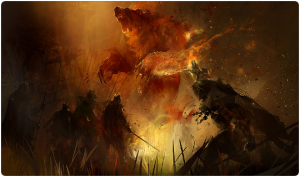 Other spirits bring their share of teachings like the Eagle, the Minotaur or the Mountain and the Darkness which are not endowed with feelings, but do not manage to stand out because, in particular, of their lack of power. Thus, it is not trivial that minor spirits are not accompanied by a havroun.

The notion of force is essential in their culture but it is always accompanied by wisdom. Although the quest for strength is central to their concerns, norns are not stupid. They know that some adversaries cannot be defeated alone. This is why they are always ready to give aid to heroes and to unite with powerful allies. However, no one can become stronger by relying on others; it is adversity and the overcoming of challenges that forge a hunter. The strong deserve respect, but the weak do not deserve attention.

Norns do not judge a person for the facts accomplished by the group to which he belongs, but for his personal actions. She is the one who will be judged for her actions, not the group that does nothing wrong. Conversely, the norn do not judge an individual for the sins committed by his tribe. The Norne mentality pushes individuality to its climax.

Norse wisdom, culture and traditions are transmitted mainly orally and thus survive the passage of time. The task of making the norn immortal by singing the gesture of the bravest lies with the skaalds - norn storytellers. 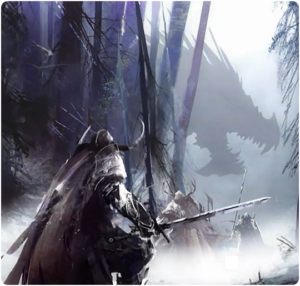 Norns are solitary by nature, but they are not isolationists. Since their forced displacement south, the norn have had to get to know and deal with other races much more closely. Much like 250 years ago, norns and charr respect each other, each knowing full well the strength of the other and being discerning enough to avoid pointless bickering.
The norn, however, have a tad less respect for humans, whom they consider weak and light. Proof of this is their unequivocal criticism of the way, a little too soft in their opinion, in which the human queen rules her people. 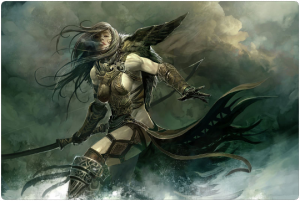 While the asura are ridiculously ridiculous in size, the norns admit that it doesn't do everything and that asuras are capable of developing great strength in combat.

Finally, their judgment is more moderate when it comes to young sylvaris, because although they are curious and intelligent, their worldview often seems meaningless to them. 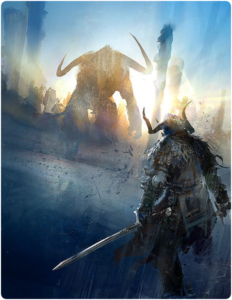 Warlords of Aternum - The new Innogames not to be missed ❯

SWTOR - Mysteries of the Republican Fleet # 2