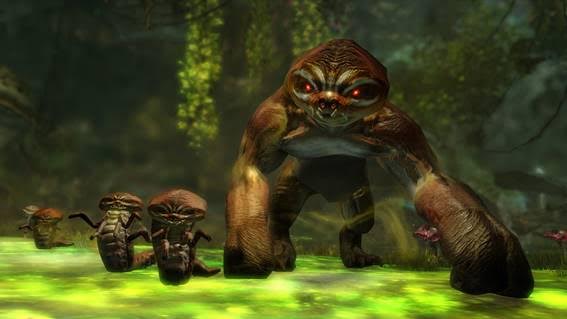 Thanks to ArenaNet, we were able, during a special session with the developers, to fight the Paressor (first boss of Redemption Passage) as well as ask them some questions, whether it is about this wing or the previous one (the Q&A will come a few days after the time that ArenaNet can answer the questions). 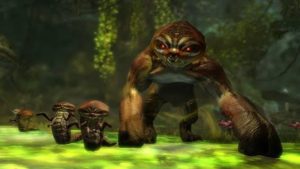 As previously indicated, you can access this new wing regardless of how far you advance on the first one. The difficulty is more or less the same as the previous wing. There are some changes to the raid in general:

When you enter the new wing and as always you will have a small scenario laying the foundations and also making a little link with the first instance. As with the Guardian of the Valley (VG), you will have monsters to kill before arriving on the Sloth. These worms come in two versions: normal and high but do not require much strategy. To give you an idea, we have paved the way for 3 characters while waiting for the developers. The worms inflict a lot of conditions on players and have an attack that can knock down players (jump animation). They are sensitive to certain controls such as attraction spells (Mesmer Focus for example) but especially to referral spells.

After a few exchanges of good practices, you will find yourself on the outskirts of a cave in front of your first big enemy, the Paressor! 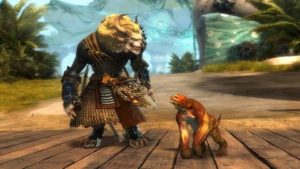 If you are careful around you, there are several things that should intrigue you regarding your future combat zone:

In view of these elements and if you are used to this kind of content, you already have a vague idea of ​​the combat strategy. To start the fight, one of the players will have to activate the blue mushroom which will transform it into a worm. This worm will have to eat the black mushrooms to clear the path (the best is to go around the area counterclockwise). Several things should be noted about this transformation: 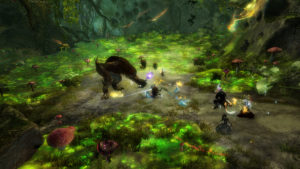 Let's go over the Paressor a bit to understand the combat a bit. It will first inflict a curse on a random player in the party (marked with a purple icon). This player will have the boss's attention and will have to move accordingly via the path that his worm ally will have released to him. This curse changes quite frequently (every 30 seconds or so) and your party will need to be careful of the target change. Another curse will strike a player (signaled by a green effect) who after a time will cause a zone of miasma to appear around him. The player will have to move aside so as not to handicap the group.

Besides that, the Paressor has several attacks that it will do throughout the fight:

During the fight, it will also be necessary to pay attention to the worms that will appear. I was not able to note the trigger of their appearance, whether it is due to the end of the curse or the consumption of a mushroom. To give you an idea, at 60% of his life, if you do not manage them there are already about fifteen. At certain times during the fight, the boss will fall asleep and cause a defiance bar to appear that must be destroyed quickly. Note that during this, he is invulnerable.


Note that the boss has two skill additions throughout the fight that I could not see but that the developers explained to me: 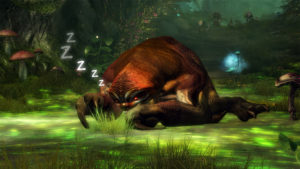 To give my opinion, this boss is much more accessible for a first boss than the Guardian of the Valley. The fact that there is no need for a tank is also a good thing because we take away that trinity side that you had to have in the first wing. To give some advice, you will need spells to remove the conditions but also attraction to control the worms that will appear anywhere in the area. Reflection spells can also be a good idea to protect your party if you are running along walls and the worms will only be able to attack you from a flank.