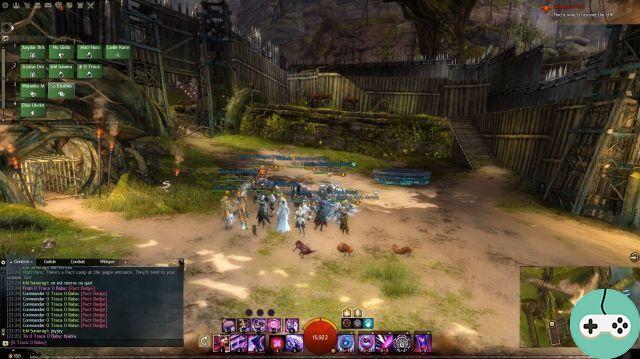 We meet together for the second fight of the Passage de la Rédemption. You should know that this is not strictly speaking a boss but rather an event with several mechanics. It is basically not difficult but there are some things to learn in order not to end up in failure. 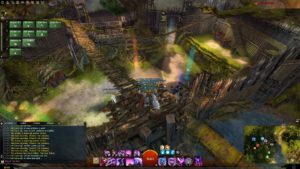 The goal of the fight is quite simple, you will have to protect the person locked in the cage from his attackers / executioners. Unfortunately for you, there will not be just simple humans because three big arms will come and titillate you: Berg, Zane and Narella. It will also be necessary to do with two other mechanics: saboteurs and mortars. The course of the fight is fairly straightforward overall and does not require a great deal of organization. The only things to know are the strategies to adopt in relation to the mechanics that you will find below:

The saboteurs will appear several times in the fight and aim to detonate the bombs placed next to the cage that you must protect. Fortunately for you, they are first announced on the interface and quite slow to move.

To protect yourself from any danger, there are several solutions such as leaving a player with control not far from the cage. To block the saboteur, you will either have to kill it before it triggers its detonator or simply destroy its defiance bar quickly when it appears (it will be placed next to the cage at this time).

If you use the defiance bar technique, remember to kill him when he leaves. We are never immune to a surprise. 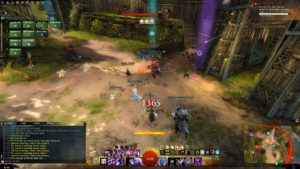 As for saboteurs, a message will tell you that a mortar will appear. To counter this mechanic, several players (2 to 3) will have to use the south platform (similar to Sabetha's). To fly, there is no random because bombs are available right next to her.

The goal will be, as with saboteurs, to kill or destroy the defiance bar of the various bandits with a sword sign above them. Remember to group them together to prevent them from healing each other and managing to reveal the mortars. 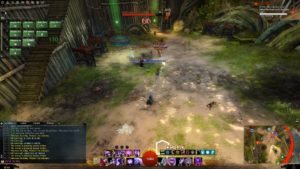 Berg is the first of the "big" bandits you will face. He will arrive in the camp at 6 minutes and 56 seconds. He doesn't do a lot of damage as long as you avoid his area in front of him (similar to Arah's first boss P3). To avoid damage, you have two solutions:

You should know that Berg is allergic to bees. You will be able to find at certain points of the camp of the hives of bees in height which once destroyed will make appear a hive in the main arena which can be launched on Berg to inflict a curse on him which will last a certain time. The latter can be renewed several times as soon as it has disappeared. During this time, he will take more damage than normal which will make it easier to clean up the minions while waiting for the second boss. 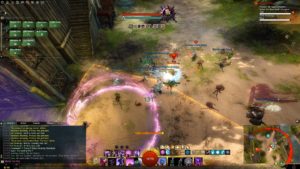 Zane will arrive at 4 minutes and 54 seconds. He's very similar to Kernan in terms of mechanics. This bandit will use a cone skill that will grow 3 times in terms of cover and damage. You will understand, try as much as possible to be behind his back during the third attack at least. You should also know that his zone attack can inflict heavy damage to the cage if it hits it. You have to be careful to be on the safe side to prevent this from happening.

To help you kill Zane as quickly as possible, you can free the Wargs around the south gate (4 in the arena and 2 above the stairs). 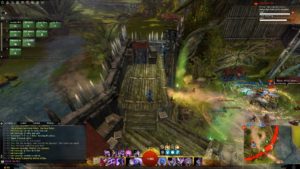 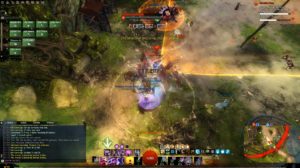 Narella also called Nutella by some will arrive at 2 minutes and 52 seconds and do a lot of damage to the party. Its main attacks are:

The mechanic to destroy it quickly is to use the oil cans (3 to the south and 2 to the north) which will inflict 50 burn stacks on it (each can will add time to this weakness). Using an Epidemic Necromancer at this point is also a good idea, as you will have a lot of minions to deal with. Two wargs are available in the North to help you in your task. Try to stay in close combat with a person at a distance (especially for the saboteur) to maximize the damage and survival of the group. 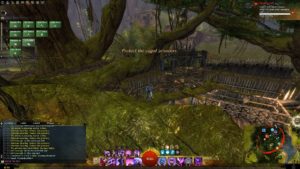 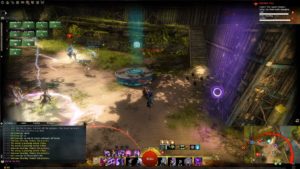 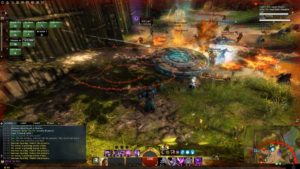 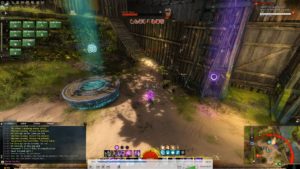