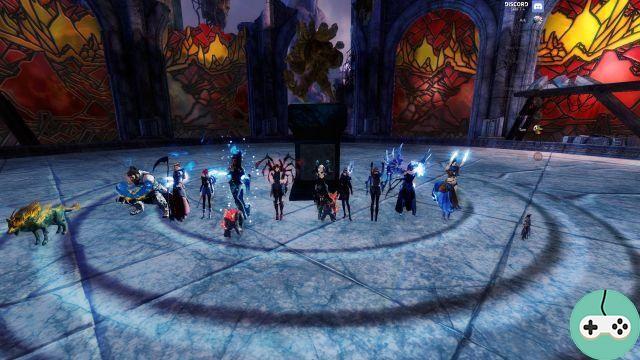 The Fort Titan is the first boss of the third raid wing. Creation of the hostess, namely Xera, it offers interesting mechanics for groups wishing to face it. In this guide, find the different skills of the boss as well as the ways to counter or approach them. 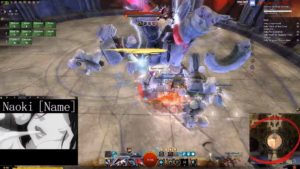 You should know that the titan has about 55 million health points for an enrage time of 10 minutes. Unlike the bosses of the previous wing, it will take aggro on the player with the most robustness in the group.

The boss has 3 phases triggering respectively at 66 and 33% health. The main changes are the addition of some mechanics as well as the increase of the previous mechanics.

The titan has two distinct augments that will evolve throughout the fight:

This mechanic begins at 9.40 with the appearance of two projections of mesmerizing each opposite the room. The projections will move towards the fixed persons to inflict damage on them. If the white circles around them touch each other between the spirits, they will merge into a much larger projection that will result in defeating the group in the long run.

You should know that after the first appearance, a projection appears every 15 seconds which allows you to quickly lower the Titan's charges to switch to the inter-phase. This mechanism is however complicated to learn but you need to:

The heart phase appears as soon as the boss's defiance bar is destroyed. We also noted that the abilities being loaded disappear without doing any damage. This inter-phase is divided into three distinct mini-phases:

From the start of the phase, three green areas will appear with an invincible fantasy. You will need two people from your group to be in each area to prevent the group from dying all at once. The only difficulty of this phase lies in the reaction of the players in your group and the placement of the fixed players. 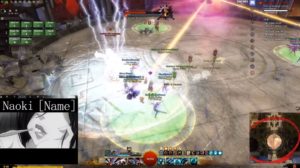 Just after the green areas, the heart will be visible and can be sent to the five faults that have appeared. For each rift destroyed by throwing the heart into it, the boss will gain a charge which will increase his damage received by 75%. The heart is sensitive to all attacks and will advance linearly to the attack received. If you are a fan of asura ball it is the same concept.

However, the heart can inappropriately return to its original state because of: 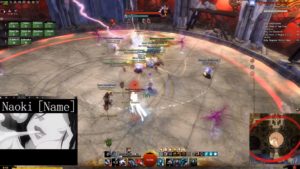 Comes the third mini-phase where the boss returns after that of the faults where he will gain his penalty according to your prowess. During this one he will not make any attack and it will be possible for you to give him the change of his room by sending the majority of your big spells. 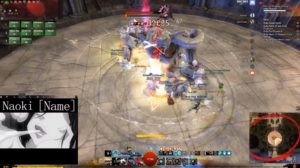 Your character will gain an icon above their head and fantasies will appear all over the room and will not move. The goal of your team is quite simple because it will be necessary to destroy them as quickly as possible. However, players can only destroy fantasies of the same color as themselves.

If fantasies are not killed before they disappear (note: the end of this small phase), the group will be dealt damage in proportion to the number of fantasies remaining. 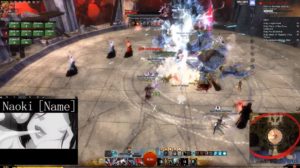 This phase only triggers when the boss reaches 66 and 33%. He will teleport to the center of the arena and become invulnerable to damage. At the same time and as in the phase of the fantasies, all the people of the group will be assigned an icon of red or white color. The titan will draw energy from the arena to him by means of energy balls. For each ball absorbed, the boss will inflict more or less damage. To give an order of magnitude, the average at the end of the phase is between 10 and 15 charges. If the boss absorbs more than 20 charges, there will be a high probability that people will fall to the ground.

To prevent the boss from ramping up, your teammates will have to absorb balls of the same color as their icon. A different colored ball will cause you to deal around 4K damage and go through you at the same time. You will still take damage with a ball of the same color (around 1K5 / 2K). 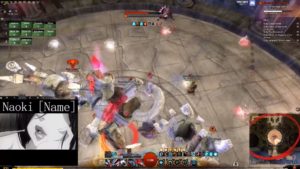 The titan will perform four types of zones during combat. Depending on your DPS and your phase changes, you won't see some of these attack zones:

The titan will fly away for a short time and fall back to the center of the orange area. It will be necessary to avoid being in its center so as not to be brought down for 3/4 seconds. This area is easily dodged because the general animation time is quite long (4/5 seconds). 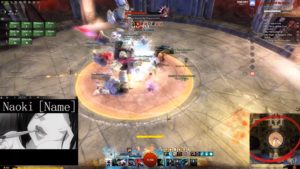 As on Matthias' abomination phase, your whole group will be given a large red zone which will fill up until the explosion. The damage suffered by your own bomb is not important, but that of your allies will inflict more damage on you. Note that the animation is a bit "bugged" because the damage occurs 1/2 seconds after the end of the zones. 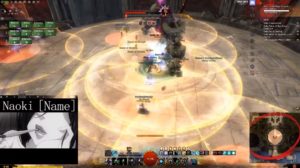 The titan will also be able to use a cone-shaped attack while spinning. In addition to dealing damage, your character will take 5 stacks of confusion and torment. Take into account that during this phase, the melee area of ​​the titan will inflict confusion / torment charges regularly.

The last thing to take into account during this mechanic is that the number of zones increases in phase 2 and 3. In P2, you will have a zone in front of and behind the boss while in P3, you will end up with three zones separated by 120 °. 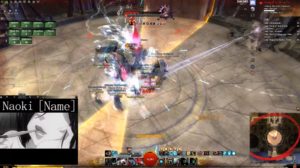 The last zone can only be seen from the 25% remaining life of the boss and will affubly you for a time of small zones of very regular damage. This mechanic is very similar to that of the last phase of Sabetha. 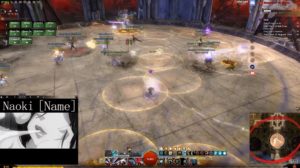 The fight against the Titan

Unfortunately, the fight against the titan can vary between groups. It is possible as said previously not to see certain mechanics of the boss. For example, it happened to me not to have any appearance of fantasy.

However, there are some things you have to respect to successfully drop the creation of Xera and the first is that of the composition of your group. There is no key composition, but there are a few things to consider: 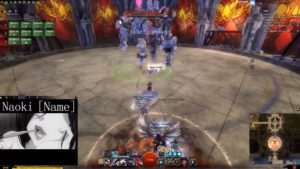 There are several strategies to apprehend the boss. I mainly recommend placing it in the center because from phase 2 and the arrival of the cone zones, the boss will not move or very little. It is better to train from the beginning in the center than on the sides even if it is a gain of DPS.

The second thing to know is that the appearance of projections can be seen well before their arrival with the illumination of the corresponding statues. As soon as the bindings appear, people must step away from the raid and wait for the leader to choose who comes first to remove the augmentation. You can also choose that one side starts before the other so as not to waste time.

Finally, during the interphase with the rifts, it is better at the beginning to put two people instead of one because this will improve the movement speed of the heart in addition to giving you more freedom on the control of the adds. 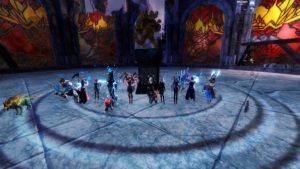 Finally, I thank Naoki and the [Name] guild for the screenshots and the different runs with them, unsuccessful or not!


Do you want to be up to date and know all the tricks for your video games? In gamesmanagers.com we enjoy playing as much as you do and for that reason we offer you the best tricks, secrets or tips for you to play non-stop. We offer you quality content and always updated to keep you up to date. That's why, in our website, you will find not only videogame guides but also tricks, secrets and thousands of tips so you can play to the limit. Are you ready to get it? Enter now and enjoy your videogame!
Livelock - A shooter published by Perfect World ❯

SWTOR - Tips for Trash in Operations

Add a comment from GW2 - Raid: Titan of the fort