We got the chance to get a preview with the ArenaNet developers of the Third Raid Wing. During this meeting, we had a briefing on the lore and the events related to the raids as well as the preview of the first challenge of this new wing: the escort of scholar Glenna. Attention, the next lines of this article contain spoilers on the story as well as the different mechanics of the first event.

First of all, there will be no need to have completed the Valley of the Spirit or the Passage of Redemption to enter the third wing: the Fortress of the Faithful. This feature will apply to all new raid instances to come. The stories of raids are stories related to the lore of Tyria but which are meant to be parallel with the main story. They will never replace other additional content such as living or personal history. The Fortress of the Faithful takes place immediately after the passage of redemption (second wing) where you will storm the stronghold of the white mantle. You will have to face a new enemy that did not exist before in the lore of Guild Wars: Xera (who would be according to the dialogues a bewitch).

As said before, the first enemy encounter during this new instance will not be the titan of the fort which was seen during the many ArenaNet presentation videos this week, but an escort of NPCs leading to the assault of the fortress of white. -coat. It will take about fifteen minutes to complete it but there is success if you manage to do it in eight minutes. All squad members will receive a special skill that can be used to be followed by the NPC Glenna. Let's take a closer look at the phases of this event. 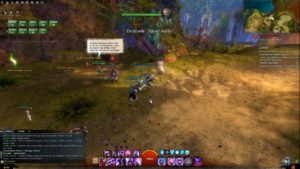 Glenna will therefore ask you to escort her to the fort to complete the mission entrusted to her. Each of the members will be able to use their special skill to advance it. Yes she stays alone (editor's note: the person within a range of around 900 meters), she gets attacked by white-mantle assassins and falls quickly. There is no catching up on that side, if she dies, the event must be restarted at the last checkpoint. Checkpoints are defined by small white areas where Glenna must be positioned either to activate an object or to advance the event. It is also necessary for half of the group to have mastery of the lines of force in hang gliding.

The event begins at the edge of the fortress where your party will start heading towards the fort. The first problem encountered is the demolition of a bridge by the white-mantle where half of your party will have to use the hang glider to cross it. Following the demolition of the first door right next to the bridge, you will encounter your first white-mantle enemies who will try to attack Glenna. No special enemies, however, but each group of the white-mantle encountered has a cleric who will have to quickly break his defiance bar so that he does not heal his group.

The next problem arises soon after where your group will have to split into two again. It is not necessary to do a 5/5 however. It will probably be necessary to make adjustments according to your groups. The missions of the groups are as follows:

The top team has an important role as the turrets have huge AoE attacks and can quickly defeat the White Mantle forces. The bottom team should be made up of at least one healer to reassemble Glenna's life as needed. The rest of the event still follows the same logic namely that enemies come continuously like in a MOBA type game on the bottom line. It will therefore be necessary to be quick to move forward until the end of the event. At several points during the event, Glenna will be attacked by a Warg often behind the group's back, so always keep an eye on her. It should also be remembered that the top group can at any time help the bottom one and vice versa by using the lines of force to climb on the walls of the fortress.

If your group is doing well, you'll come to a mini-plaza where McLeod is waiting for you to do battle. This NPC is considered a mini-boss as can Sabetha's lieutenants or those of the Trio. Apart from the illusions he will invoke, he is not a formidable enemy. Following her defeat and Glenna's arrival at the last checkpoint, you will be able to claim your event reward! As with the Trio in Redemption Passage, the main rewards for this challenge are Rings raised with new stats and McLeod's mini-fart. 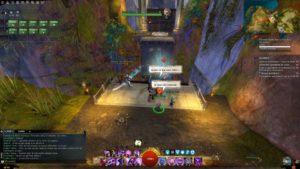 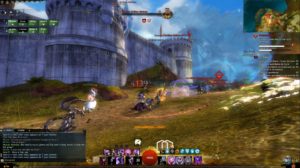 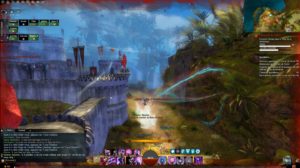 Do you want to be up to date and know all the tricks for your video games? In gamesmanagers.com we enjoy playing as much as you do and for that reason we offer you the best tricks, secrets or tips for you to play non-stop. We offer you quality content and always updated to keep you up to date. That's why, in our website, you will find not only videogame guides but also tricks, secrets and thousands of tips so you can play to the limit. Are you ready to get it? Enter now and enjoy your videogame!
SWTOR - Sith Artifacts and Jedi Code ❯