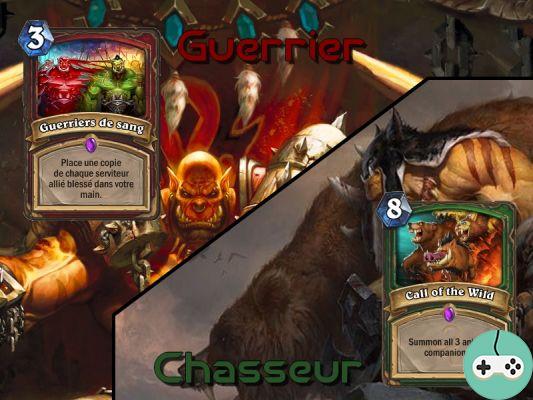 Today Blizzard unveiled two maps; one particularly catches my attention. ! The Druid will undergo profound changes with the arrival of standard mode, including a combo nerf Force of nature + Roar.

the combo game being one of my favorites, especially the mid range style, I wondered who could take over the Druid's torch and Blizzard answers my question by revealing the hunter card as well as another of the warrior. Let's see this in detail. 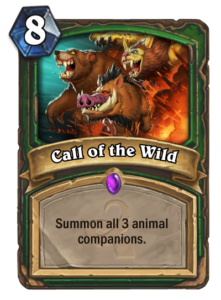 Which map ! For me one of the best spells in the expansion currently because for 8 mana, you get three creatures:

It's just MONSTERY against late-game controlled games with no area spells. A horror for games says combos like the Druid. What is especially very strong is that we are redoing a clean and balanced ground with this card which has a perfect synergy with the Hunter.

The value of this card is excellent, in Mid-range Hunter, and can replace Dr Boom very well.

The only downside of this card may be its slowness against aggressive games, but in a slow meta it clearly has its place. 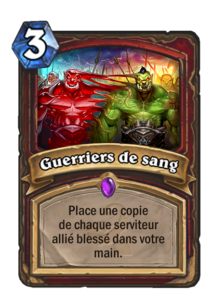 A very good spell also for the Warrior who works on the same principle as theEcho from Medivh and which gives value to your land.

So yes there will be no more Bite of death to easily hurt your creatures but we can think of a return of the Tourbillon and other cards injuring the terrain have been presented for this expansion.

With its low cost you might think that this card would go very well in a Sinister Client deck, but finding yourself with a lot of dwarves in your hand without necessarily being able to get a big combo out of it, is it really interesting? I see this card more in a control perspective with why not the Baron Geddon that we see a lot now.

Today very good cards unveiled with a real crush on the Hunter card which is excellent in my eyes, with the supposed death of the double combo Druid, the Hunter would receive great potential for the supremacy of mid-range decks.