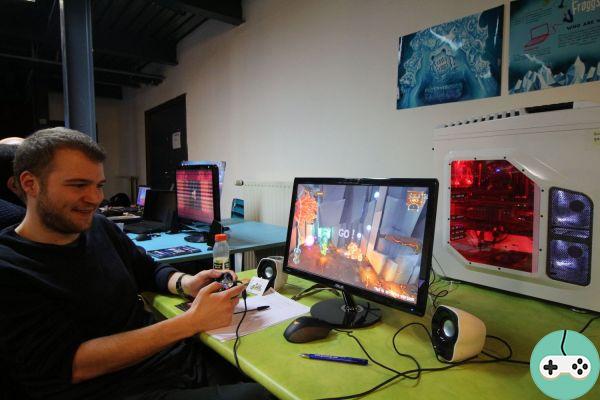 On the occasion of the Indie Game Play event, we were able to discover Atakapu in the company of Corentin Ambroise. 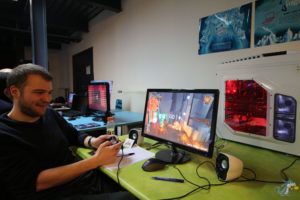 The little character has 2 costumes that will define his abilities: a green (which allows him to do double jumps and climb the wall) and a purple (to attack and dodge). And we can say that there are many pitfalls in its path. Spicy vines, sinister enemies and crocodiles with sharp teeth are all elements that will have to be skilfully dodged.

Several paths are possible in the levels, with more or less orbs. And is it profitable to recover this orb which will require you to jump on 2 additional platforms? Or that other one that sits in the middle of a vine in the shape of a round which may cost us a few (a lot of) deaths. 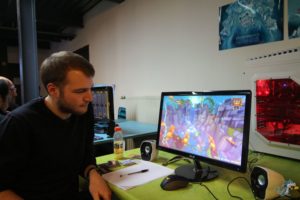 Unfortunately, only 4 levels are currently created out of the 30 planned. Indeed, this end-of-study project of 5 Belgian students is currently at a standstill following the failure of a failed Indiegogo campaign and hopes to find new funding by increasing its visibility, hence its presence on the event today.

Several modes are envisaged with in particular a mode without orb where only the speed will count. They also provide an infinite mode where you have to survive as far as possible. 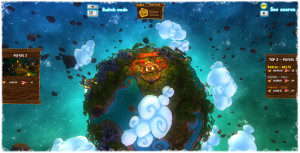 Really nice, it's a shame to see a project put on hold for financial reasons. The difficulty of the title is quickly too important for me who am not a fan of platform games but I nevertheless liked this little visit to the planet Kapiata. The demo is available online so feel free to make up your own mind!