LoL - Guide: Shyvana or how to kill Dovakhin! 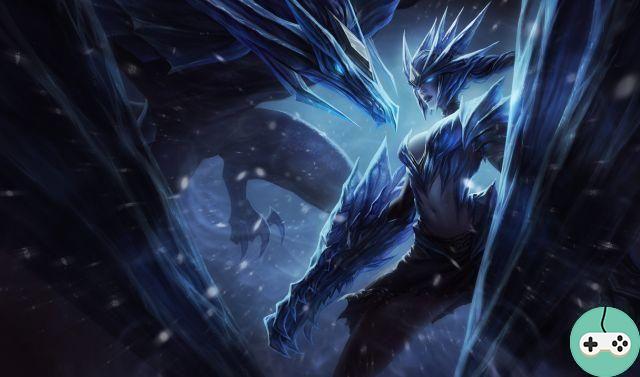 In this beautiful season that is season 5, the tank metagame is establishing itself as the benchmark in terms of strategy on LoL.

This is how Shyvana has the potential to come back to the top lane with a bang, and so my job will be to help you fight your way to victory! This guide will focus on the use of teleportation + punishment summoner spells, a new tactic straight from S5.

If you have any questions, feel free to leave a comment.

Shyvana is above all a very resistant champion on the one hand thanks to her passive which gives her a natural resistance but also thanks to her spell kit which pre-intends her to play as a fighter. Here the jungler item will give Shyvana a significant bonus to HP as well as a summoner spell marking a target that Shyvana taps, will receive raw damage and have its damage reduced as a percentage.

These two bonuses offered by the jungler item benefit Shyvana extremely well, strengthening her resistant side while increasing her own damage. As far as teleportation is concerned, it is an almost obligatory spell for any self-respecting toplaner.

Doran's shield is a hard-to-punish defensive choice, whether you're new or seasoned, this item will give you defensive bonuses allowing you to be as tough as a wall and stay on the track for a long time.

Got a little bit of the blues? So swallow your potion. In the tips, a strategy is explained so that you can have 5 potions when you arrive on the top lane.

Don't you like 2v1? Do you prefer to have a fair play duel? So put on your relic to prevent the coming of an opposing jungler.

When you come back your priority is to have the jungle item to unlock your red smite and thus obtain its effects.

The stale saber will be there to ensure minimum damage and theft of life to fight and hold more effectively on the track.

The boots are to be taken according to your opponents, if they are AP or AD. But the Sandals of Mercury are generally not a questionable choice since they grant you tenacity, a bonus very popular with Shyvana who fears slowdowns.

As in all of my guides as well as for all champions, here is the holy trinity of Shyvana which will ensure her long term damage, damage per second, Life steal, Slows, Armor, Magic resistance, attack speed debuff as well as 'an anti spell shield.

Generally speaking, these three items give you versatile bonuses, and will make your sharp claws and scales indestructible.

If you're having trouble staying glued to your opponents, the Frozen Mallet will let you do it brilliantly.

Need to be more than a wall? Do you find that having 3000 health points is not enough? The warmog is there, coupled with your jungle object, your life points will climb all at once.

If your opponents are all self-attacking, thorny coat will give you armor as well as the enjoyment of seeing your enemies succumb to their own blows.

If you just want extra AoE damage as well as life steal, Ravenous Hydra is the right choice. However, it is more interesting to get defensive items.

I didn't mention it, but obviously consider picking up your ultimate as soon as you can.

Otherwise I mount my spells in this direction, for the simple reason that I try to do as much damage as possible, the C de Shyvana (Z) will be your main spell, it grants you a lot of damage in the long term and in area. In addition it is magic damage forcing your opponent to armor AND magic resistance.

Le Breath of Flame (E) is the fate that everyone should fear from a dragon, but especially from tanks, because your breath applies a debuff that with each of your hits on the marked target, will inflict damage in percentage on its max life . Perfect for countering tanks, isn't it?

La Double bite (A) is a wonderful spell, which allows you to do extra damage on your next auto attack but being considered 2 auto attacks, don't you see the point? Well with this spell you will be able to apply the effects of your fallen king blade or the red buff twice. But especially coupled with your Breath, it allows to tear the opposing tank, or even quite simply to tear your opponent. 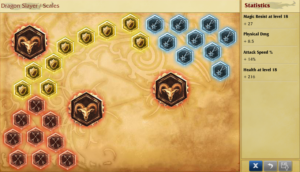 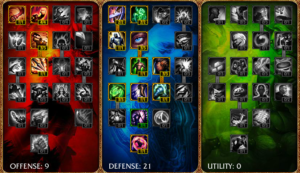 Double edged sword : You are a melee champion so you take full advantage of the bonus. Since you are meant to be resistant, you can take the risk of receiving 1% more damage.

Fury : A mastery allowing you to type faster? This is what Shyvana wants.

Brute force & martial mastery: Additional damage is never too much.

Blockade & Indomitable : Reducing the damage you take will prevent you from returning to base with bruises.

Recovery : I take recovery rather than "Enchanted armor" because the regeneration of life will allow you to better hold the phases of aggression.

Veteran's Scar & Monstrous : Life points, to be even more difficult to kill.

Petulance : Knowing that slowing down is your worst enemy, having something to decrease it is not a bad idea.

Mastery of the character

When you start at level 1, take advantage of your punishment to go and make a monster camp (for my part I choose the crows) to have a head start on experience and gold. Immediately after, return to your base then teleport directly to the top lane while taking 5 life potions to largely overcome your enemy with your regeneration and stay on your way for a long time.

Once you have your Improved Punishment, use it to either increase your damage to a target or reduce it. As a reminder, your improved Punishment upon activation on a target reduces its damage by 20% and inflicts raw damage to it in the form of poison with each of your auto-attacks for a limited time.

In order to maximize your damage, it is important to know that your Q preceded by an auto attack allows you to launch the auto attack animation instantly. It is an easy technique to master but important to win a fight. In addition, the double bite increases the duration of Combustion by 2 seconds since you inflict 2 auto-attacks at once.

Your Z (combustion) being your main damage spell, it is essential to make it last as long as possible. So do not hesitate to strike a henchman to make your spell last. But be careful not to push your way too far otherwise you will be exposed to the opposing jungler.

Breath of Flame applies a debuff to the enemy, which your Q can activate 2 times. During small skirmishes with your opponent on the way, do not hesitate to simply make him the E + A combo by also activating the Z to get closer faster and leave immediately.

Your ultimate is a good spell to engage your opponents in group combat BUT, note that your ultimate is not unstoppable like Vi's: a simple control spell can knock you back (eg Thresh's sweep). If you're used to analyzing danger before trying anything, remember that as a dragon your ultimate gives you double your passive and deals significant magic damage, so don't activate. your ultimate first, activate it on your enemy instead.


Do you want to be up to date and know all the tricks for your video games? In gamesmanagers.com we enjoy playing as much as you do and for that reason we offer you the best tricks, secrets or tips for you to play non-stop. We offer you quality content and always updated to keep you up to date. That's why, in our website, you will find not only videogame guides but also tricks, secrets and thousands of tips so you can play to the limit. Are you ready to get it? Enter now and enjoy your videogame!
SWTOR - Acquire Treek ❯

Add a comment from LoL - Guide: Shyvana or how to kill Dovakhin!