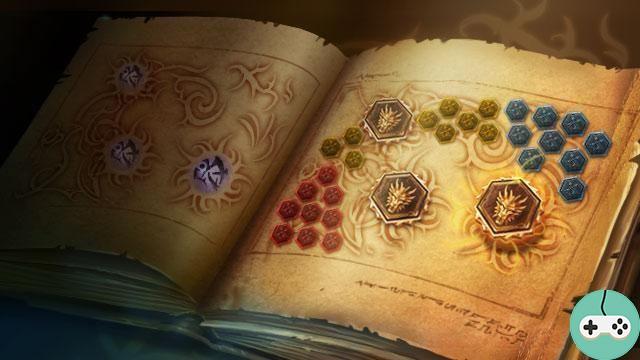 As a video game player in your spare time, you must have heard of League of Legends, aka LoL, through a friend. You download the game and launch yourself into the Rift without knowing how to shoot your arrow with Ashe. So you decide to look for a guide to learn the different basics which are the pillars of the game. You are in good shape! I will present to you through this guide the many basic parameters that you need to know if you want to improve in the game. The guide will be divided into 4 chapters which will be released over several days.

Summoner spells are powerful skills that you can choose before the game to support your champion in battle. You can freely choose two spells for each battle, and more choices become available as your summoner level increases. A small summary of summoner spells is therefore essential!

Restores 40% of his max mana to your champion and nearby allies.

Your champion can pass through units and his movement speed increases by 27% for 10 seconds.

Throw a snowball in a straight line. If it hits an enemy, that enemy is marked and your champion can rush towards them.

Restores 90-345 HP (depending on champion level) to your champion and target allied champion and increases your movement speed by 30% for 1 sec. This healing is halved on units recently hit by the Healing summoner spell.

Protects your champion against 115-455 damage (depending on champion level) for 2 seconds.

Depletes target enemy champion, reducing movement and attack speed by 30%, armor and magic resist by 10%, and damage dealt by 40% for 2,5 sec.

Removes all shackles and summoner spell spells, and reduces the duration of new hindering effects taken by 65% ​​for 3 sec.

After 3,5 seconds of channeling, your champion is teleported near the targeted allied building, minion, or beacon.

Reveal an area of ​​the map for 5 seconds.

Teleports your champion a short distance to your cursor location.

Inflicts 70-410 raw damage (depending on champion level) over 5 sec to an enemy champion, allows the target to be seen, and reduces the effects of healing received for the duration of the effect.

As you level up, you unlock mastery points. These are specialized bonuses that allow you to customize your champion's stats. Masteries are organized into three trees, and adding points to a tree unlocks increasingly powerful masteries. 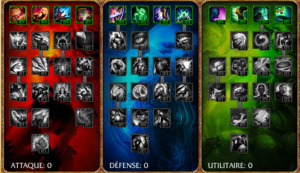 L'arbre Attack allows you to increase the damage you deal to opponents. It is the tree of AD Carry and AP Carry.

L'arbre Defense allows you to increase your armor and magic resistance as well as damage reduction. It is the Tanks tree.

L'arbre Utility has several facets such as mana or movement speed. It is the favorite tree of the supports.

However, some types of champions mix trees to maximize the damage / armor / magic resist ratio. We can cite for example the offtanks like Riven which will have 21 points in Attack and 9 in Defense.

Runes grant a customizable bonus to your champion. There are four types of runes, each with its own specialty. Marks grant the best bonuses to attack stats. Seals excel at physical defense, healing, and recovery. Glyphs provide the best power and magical defense buffs. Finally, quintessences offer a substantial bonus to all stats and bonuses not available with other runes. I advise you to start your runes from around level 20-25 to have them completely at level 30. Never buy level 1 or 2 runes because you will lose IP for nothing. So buy tier 3 runes. Here are the basic pages to have for AD Carry and AP Carry. 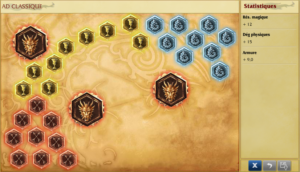 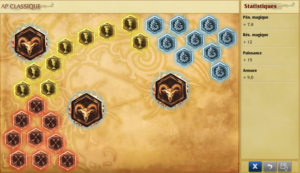 Add a comment from LoL - The basics of the game: Before the game