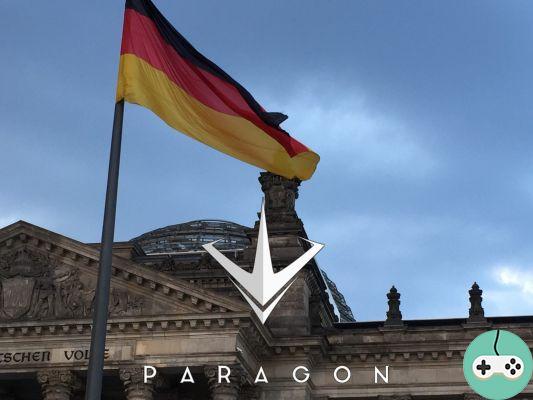 Do you remember what you did on the weekend of June 3 to 5? I remember it since we were invited to Berlin, at the foot of the Fernsehturm, to meet some people from Epic Games (and other members of the community / press) to learn more about the future in short-term and long-term Paragon, the third-person MOBA currently in Early Access on PC and PS4.

After a good little trip (I made Strasbourg-Berlin by train), here I am discovering my room in the sumptuous Radisson Blu Berlin, at the foot of the Fernsehturm. Clearly, Epic didn't laugh in choosing the hotel. But it is not time in Paragon and we must eat. With my new English streamer friends, we join some members of Epic Games in a pub where refreshments await! 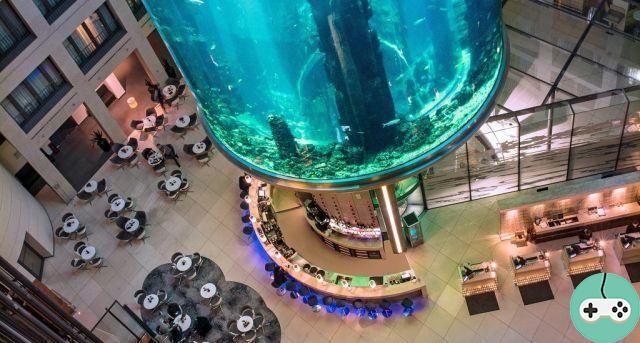 The night passes and it is D-Day! We go to the conference room decorated in the colors of the game and fitted out with 20 computers and 10 PS4 for the test phases, but first, a little presentation!

Before getting to the heart of the matter, the developers gave us a little review of the game at the moment: there have been 1 Million registrations for the beta and the developers have started the pre-alpha tests relatively early. to be able to benefit from the return of the players very quickly. Moreover, the opinion of the players is highly considered when deciding what changes to make! (after the presentation, moreover, the developers did not hesitate to ask us what was wrong now in order to remedy it quickly).

The game is now in paid Early Access on PS4 and PC, and there are open beta weekends. There were 13 heroes at launch and now there are 17, with a planned release of a new hero every 3 weeks or so ... and surprise an 18th hero is coming soon! 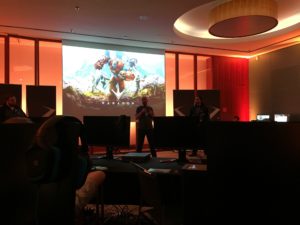 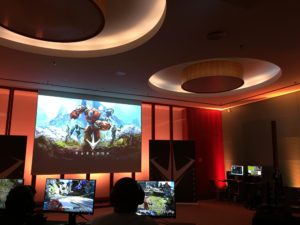 The menu for the coming months

Overall, the developers at Epic Games want to make the game clearer and at the same time more strategic. This therefore involves simplifying elements, reducing the duration of the games while offering players to take risks in order to resolve a situation. This direction is surrounded by a lot of changes that will be implemented from June 14 in the game!

The first big announcement is not long in coming, since the developers are telling us with a bang that the free open beta is coming on August 16, that is to say for the opening of Gamescom. All heroes will be free! By the way, speaking of Gamescom 2016, we do not yet know if Epic Games will be in Cologne for the show.

Khaimera, get up and kill!

If you play assassins then you are going to like it. If you play fragile characters, it's the other way around! A new duelist comes into play on June 21 and he will literally consume your power in play. Very focused on physical damage, Khaimera is difficult to counter when in melee.

I was able to test it live on location and the character has a hell of a potential to jungler, posing a permanent threat to any isolated hero. It really promises! 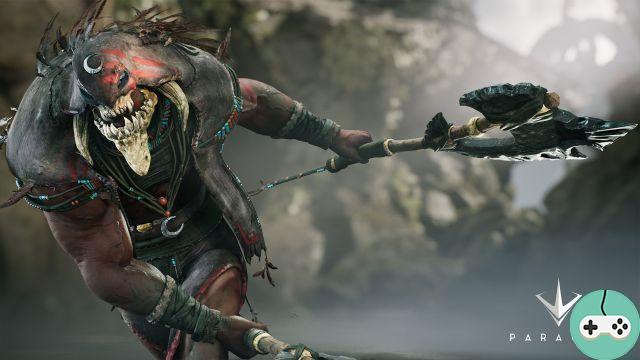 Developers find it a bit cumbersome and unnecessary to have to mount self-attacks like other spells. So soon, the basic attacks will improve automatically when leveling up but we're still going to be able to increase a spell, cool right?

To stay on the spells, the developers find that the passive spells of the heroes are not in their place and do not bring added value on their own. I reassure you, the effects won't go away, but they will be merged into active spells.

In order to give more strategy in the clashes, the minions will do more damage to the heroes, but really a lot (it stings). That said, to compensate, they'll deal less damage to Towers and Inhibitors. They will also have a new spawn configuration with 3 melee and 1 ranged.

Speaking of inhibitors, this is a very important change: inhibitors will not reappear, which will put a lot of pressure on these goals!

A little more strategy and from the selection of heroes! In the end, this will be the only selection mode available in the game, still in development however (but it is a priority for the launch of the free open beta in August). The format allows you to alternate the choice of champions:

It really brings depth to the preparation of the game and allows teams to play their composition more strategically. The matchmaking will be improved thanks to this selection mode and the matches will be of better quality (that's what we want anyway)! Of course, the competitive aspect will be very happy to have draft mode.

The rest of the changes

It's time for all the guests to test out the majority of the in-game changes, and you can clearly feel the difference, if only in the power of the minions when they hit us. We don't play together yet but only with bots, just to test Khaimera! The character is powerful and intuitive in its grip, its design really giving it that hunter aspect. As the hunt for my enemies is lively, it makes you hungry and leaving the room we find a personalized buffet. 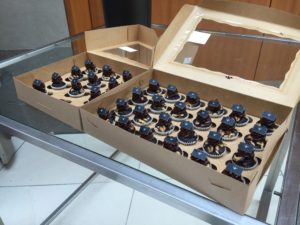 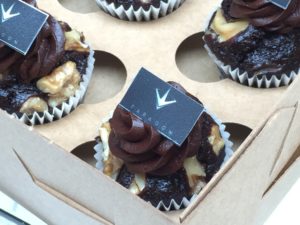 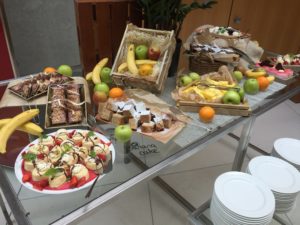 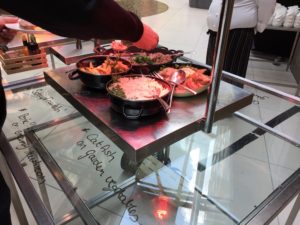 In addition to the changes coming soon, the developers told us about what is in development for the future and may still be subject to change. There is also no date for the implementation of these changes.

Currently, there is the travel mode which by pressing Shift, allows after a few seconds to reach a greater speed of movement out of combat. The devs want to replace this functionality with several means of transport.

The Meta is evolving! See what's being addressed now and gain insight into the future: https://t.co/J3LZtXeqFM pic.twitter.com/DgtIsMbrfk

Stores are good, home deliveries are better! And that's why devs are working on capsule drops that allow players to buy cards on the battlefield.

The capsules will be available every minute but they can be destroyed by enemy heroes. You must therefore be careful when and where you request a drop. Having said that, if you can get your cards back, it is clear that you can take the advantage in lane.

The show and the competition

A few things were given to us about the competitive aspect of the game: 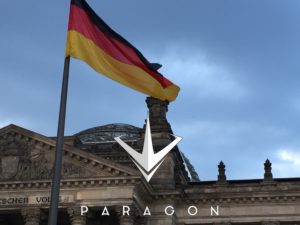 All these announcements make us really want to play Paragon and surprise, it's time for 5v5 clashes. Unfortunately for me, even though Aphostle is on my team (one of the highest rated players on the game right now), we lose as the enemy Khaimera managed to take a few kills to get a head start ... and like our inhibitors don't reappear, we lose but that was a great part!

In conclusion on the content, Paragon will improve greatly with the patch on June 14, although it will take a little time to adapt. Even though there are a lot of projects in development and changes, they all revolve around a common direction which is to make the game more strategic, more competitive and bringing more decision-making for the players, which is not without displeasing me!

To complete, I refer you to the interviews of Olivier Derache (Community Lead) and Steve Superville (Creative Director) by the friends of WarLegend also present (we lost in pain, together). 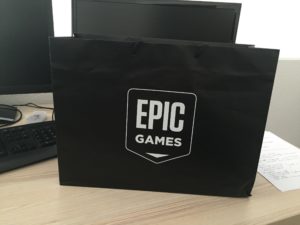 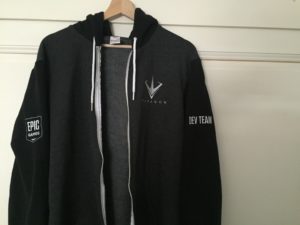 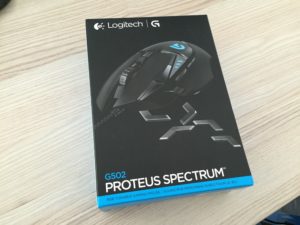 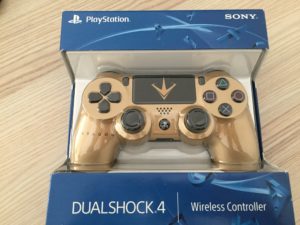 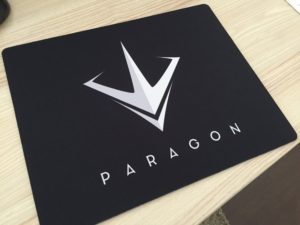 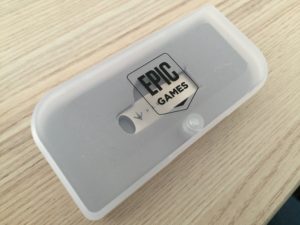 For a first event organized by Epic Games Europe, it was a very good experience, both on the game and the general atmosphere. No PC problem, clear presentation and proximity to developers. A big thank you to Cosmocover, Epic Games, the guests and especially Olivier Derache!

Add a comment from Paragon - Media Event in Berlin