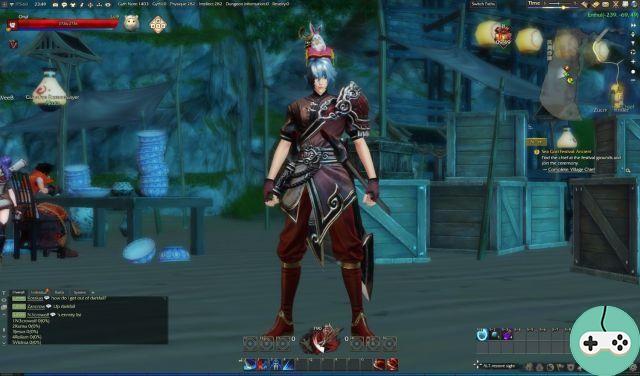 Yesterday afternoon was launched the beta of Revelation Online. Highly anticipated by many players, this Korean MMORPG is operated by My.com. It was initially released in its native country on April 24, 2014 after a long development initiated since 2009. The great specificity of the game announced is the guild vs guild, great battles that promise to be epic.

At the moment, however, we are a long way from being able to fight on a large scale because, like in any classic MMORPG, it starts with the creation and progression of the character. And that's not as easy as it looks when the servers seem unprepared for the massive influx of impatient new players. As soon as the beta was launched yesterday at 15 p.m., there were already queues. Behind, they had fun showing only part of the numbers. 99 could very well mean that you are in fact in position 990. Too bad!

After this small inconvenience which despite everything took several hours to some, the creation of character begins. 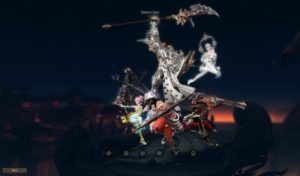 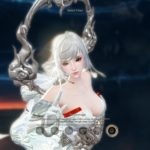 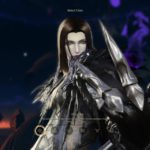 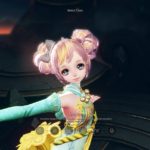 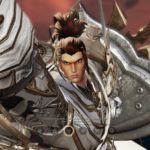 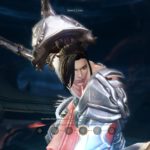 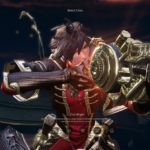 For each class, there are different bodies depending on gender. For my Blademaster, there are thus two male styles and one female style. 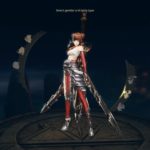 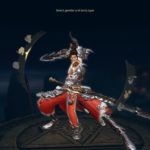 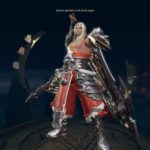 Then there are quite a few options, which is quite a good point. 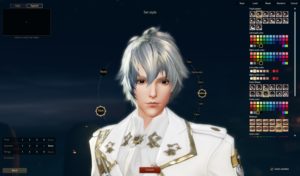 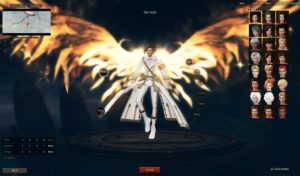 First quests and getting started

The game is quite easy to learn if you are used to MMORPGs. There are different modes, with or without targeting, directing with the keyboard or the mouse. So whether you're from a World of Warcraft, AION, or TERA, you shouldn't be lost. Well, on the other hand, there is still a lot of information on the screen, which makes the interface quickly muddled. Very popular nowadays and quite practical tip: by clicking on the quest objective, the character goes there automatically. The tasks are basic: kill x enemies, go see a particular NPC, go to such and such a place ... 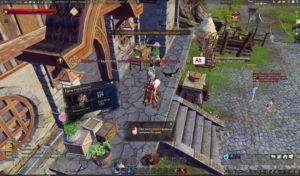 My character has three skills at the start, he quickly gains a fourth: he makes a big whirlwind and slaps his big sword! All skills have area-of-effect tooltips that you can see when you hover your mouse over them. Convenient to optimize the launch. The description of the spells is really complete in addition. 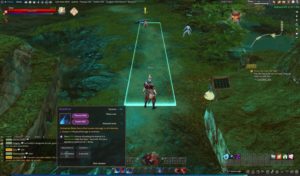 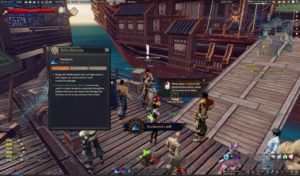 Almost too complete, moreover, when we look at the side of the character sheet. Recent games no longer accustom us to so much information about our avatars. This promises a lot of optimizations for those who want to. 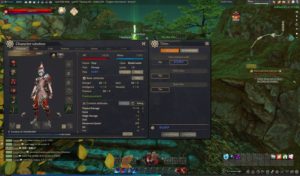 Specialty of Korean games, there are rewards for staying online. Finally, there it is, they have not yet abused the system too much even if I am moderately a fan. I was not able to go see the side of the store on the other hand. 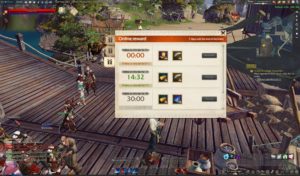 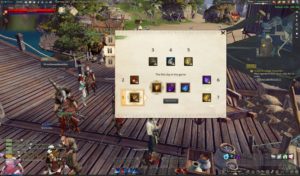 Overall I am not very convinced, certainly in part due to the current very poor translation of the interface. There are rare bits of spanish, English, Chinese ... Everything is mixed up in a happy mess. 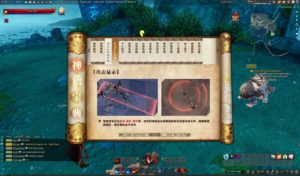 The graphics are pleasant, without being as impressive as its competitors like TERA for example. There are some pretty cute elements ... 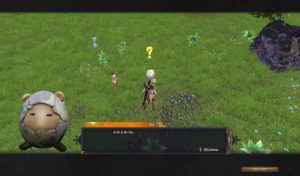 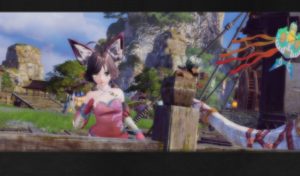 ... and others frankly ridiculous. 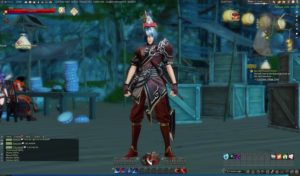 For immersion, difficult to say yet. As Kathlyn puts it so well:

We do not offer a CBT when the introduction is not even subtitled, hello immersion ...

Suddenly, we quickly find ourselves chaining the quests without really thinking. Too bad because there is still the "RPG" component in an MMORPG normally.

In two hours last night, I climbed level 18. Everything is linked very quickly, tasteless. There aren't really any surprises, no specialties, nothing that really sets it apart, giving the impression of being an ultimate new Korean game (well Chinese here). Everything is classic, apart from rare QTE sessions which give a heroic dimension to our character who connects dodges or even flies from roof to roof. This unfortunately only lasts too short a moment, for the purpose of tutorial.

The inconsistent translation and the worries of the waiters do not come to improve this half-hearted first impression. I will definitely continue the adventure a bit, just to see if it improves beyond the first two hours. But clearly, I am far from convinced at the moment.

I asked Azashar what he thought about it:

I wasn't really interested or expecting Revelation Online. I played it for a few hours and it looks interesting, although it reminds me a lot of Blade And Souls which would have merged with a bit of Aion. The fights are very dynamic and a bit tactical, I couldn't really test them, having mainly fought "basic" enemies during classic quests, but the gameplay promises to be quite "nervous".

The evolution itself seems quite classic, but (unfortunately) too fast, we reach level 10 in less than an hour and if the evolution curve is the same throughout, it may be too quick to reach the maximum level.

Small "rant" on the characters: I find them really badly done. The male characters seem to be androgynous, even to be the female models, minus the breasts. And, as is often the case in Asian MMOs, the women are anorexics with two huge blanks for breasts.

On the boutique & co side, it's difficult to judge at the moment and the fact that most of the texts are still in Chinese / Korean / Russian / English / weird symbols really doesn't help to know what the objects in question are for: D (game in closed beta, it must be remembered! It should be fully translated when it is released).

And Kathlyn will return soon in a second preview. And you, what did you think?

Binaries - Are your reflexes good?

WoW - Farm: Letters from the Plowmen