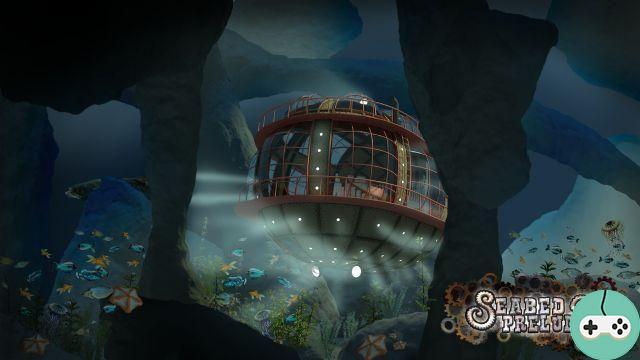 I continue my exploration of the recently released virtual reality games and now embark aboard a submarine in Seabed Prelude.

I was immediately charmed by the graphics in this game, loving the Jules Verne vibe. So I can only begin my overview by delivering a gallery of conceptual images that I find, for my part, magnificent. 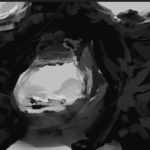 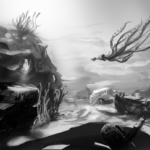 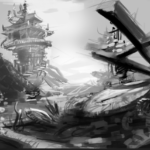 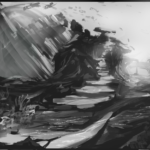 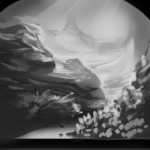 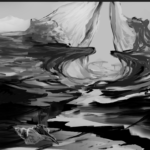 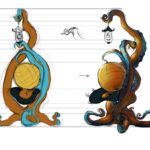 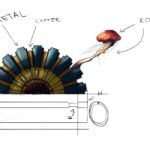 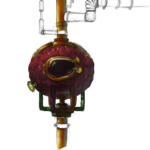 The game currently has virtually no tutorial, so I immediately find myself in the bath (if I may say so). Faced with a menu made of gears, I use my controllers transformed into hooks to scroll through different options. Totally at random, I choose one and I am taken to the rich cabin of a submarine. 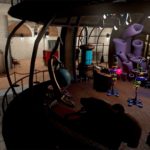 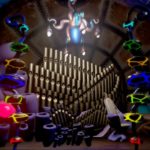 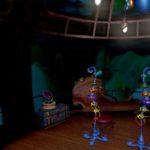 Hands in white highlighting indicate a lever to activate. I do so and the vehicle sets off towards the ocean. Color mines appear, I enter them ... and the game resets. Thin ! After a few tries, I then notice that it is possible to interact with the device which is in the screenshot on the right and which makes musical notes when I place my hooks between the two branches, creating a current electric conductor. To disarm the mines, I have to execute the correct note, matching the color of the device and the color of the mine. Knowing that the colors are reused on several levels and that it is therefore necessary to guess depending on the music if it will be a high or low note. And that if we play the wrong note, the only indication is a poorly explanatory “brrr”.

While testing, I discover with joy that the lever to start the submarine does not have only one position, it also allows to adjust the speed, allowing me to go very smoothly if I want to be able to dial my music in peace. 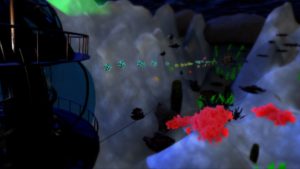 After successfully making a tour and reaching a safe area, I walk into the cabin and can change the musical instrument, switching to a kind of piano. The principle is the same, the keys are colored, the color corresponding to the mines. There is also a little toy in the cockpit, a drone, which I can use to explore the places where my submarine comes in. The handling is not very obvious, based on a kind of ball in which you have to put your hand, which then links the movements of the hook to the drone. But after a little adaptation time, things go pretty well. 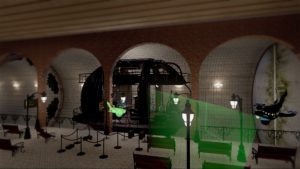 As it stands, the game is sorely lacking a tutorial, I was totally lost at the beginning, I did not understand how the musical notes worked and I died a good number of times before understanding (and especially seeing a post on the Steam forum explaining the basics). Also, for some reason the music device is not properly adjusted in the ground, so I cannot access the upper notes, I am too small!

Note that to fully enjoy the game, your playing area must be large (at least 2-3 steps). You must be able to access the console to change musical instruments and activate the lever to accelerate / brake. There is no way (to my knowledge) to move the camera independently, so if you don't have the space, you just won't be able to take advantage of the features. Pity ! 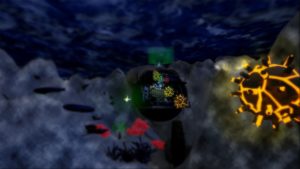 Nice, Seabed Prelude offers an overall successful immersion in the world of seabed explorers, but lacks a little polish to be really enjoyable. And clearly from a tutorial! Well, after, already, the fact of having made this subject on the forum will give to the curious and lost players the indications necessary to start well while awaiting a future update. Since the game is sold at a very low price, and already offers a good refreshing experience, this is a game to consider if you are looking to expand your VR catalog. You might take longer than you thought to explore the seabed to music, discovering all of its mysteries.