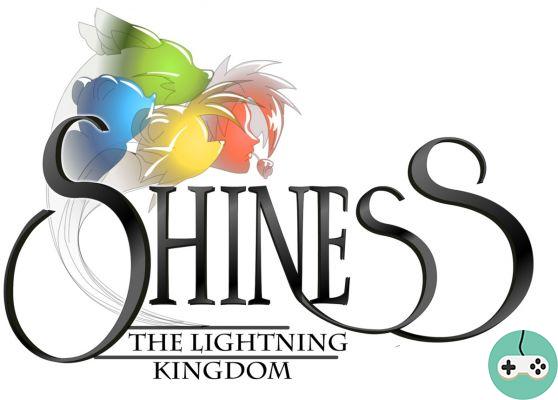 Shiness: The Lightning Kingdom is an adventure / action-RPG game developed by the spanish studio Enigami, published by Focus Home Interactive and released on April 18, 2017 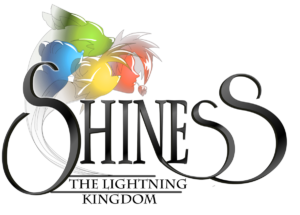 The game plunges us into a strange and mysterious universe. A planet called Mahera, ruled by Shi, which is the origin of everything (fire, air, water and earth). The planet existed thanks to this fragile elemental balance, but eventually shattered and fragmented into several celestial islands, when the balance was disturbed and upset by what would later be called the dark Shi.

These heavenly islands called themselves "Meteora". Each of these Meteora is home to different lives, species and climates. These species include in particular the Humans, Shelks and Wakis. 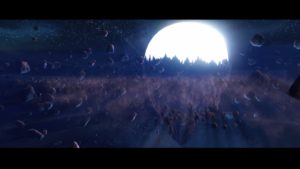 Legend has it that there is a Meteora that no one has ever walked on called "The Land of Life", this legendary Meteora is said to be a place where Humans, Shelks and Wakis could once again be reunited and live in. harmony. This same legend speaks of Shiness, the Spirits of Nature, who are the only ones who know how to get to Les Terres de Vie.

This is how the adventure begins, after the legend is told. We begin the adventure at the helm of Chado, a Wakis, who has the ability to hear, see and communicate with the Shiness. Chado crashed with his flying boat in an unknown location and his lifelong friend, Poky, jumped just before crashing and the two sidekicks are separated and try to find each other. 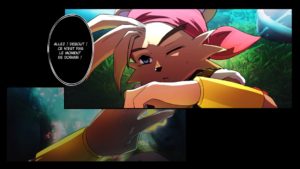 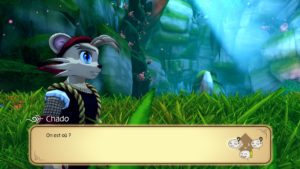 The two companions will therefore seek each other out and will end up getting embroiled in conflicts between different factions.

If you've read the manga of the same name, which was released a few years ago, the game's storyline will come as little surprise to you, given that it's the same. However, the manga provides some additional information.

This is how the game begins. The world is made up of areas that can be explored quite freely. Without being huge, the areas are quite large and offer a few small hidden passages, secrets, etc. 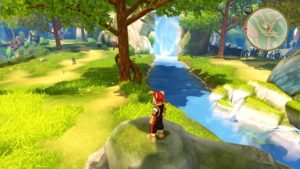 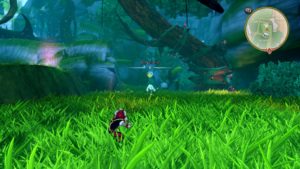 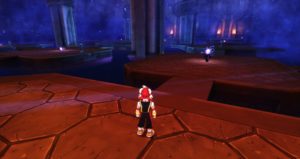 During exploration, it will be necessary to regularly call on special powers of each team member.

Chado can, for example, summon a rock and use it to put it on a switch to open a door or to throw it against a damaged wall, causing it to collapse.

Poky will be able to use an object to hook a stream to it and allow it to connect it to a crystal, a switch, etc.

Another character will be able to use his telekinesis power to move objects, move a huge door, etc. 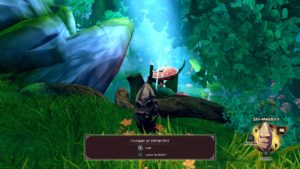 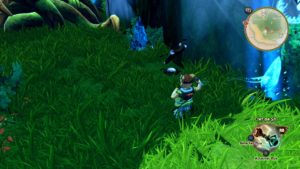 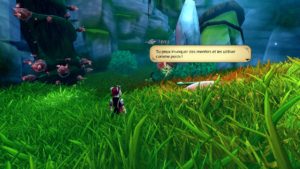 Many "Dungeons" populate the world, some linked to the main story, others secondary. Each of them is full of small riddles and puzzles, mostly using the powers of one or more characters, as mentioned above. 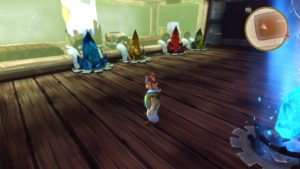 The world (and the game universe) is rich and varied. Whether it is the settings, the fauna, the flora, the characters, etc. 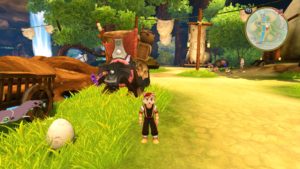 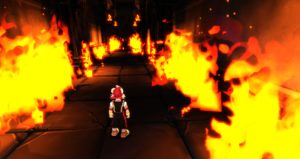 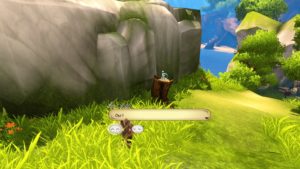 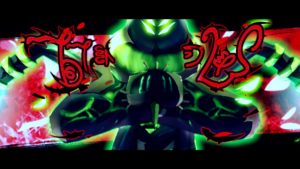 The gameplay seems easy at first glance, but takes some time to master all the subtleties, especially during the combat phases.

The characters fight mainly in melee, punch, kick, parry, counter and dodge. As they progress, the characters will learn each of the technical different, allowing them to perform combos and patterns with an effect at the end, if the latter is done properly. 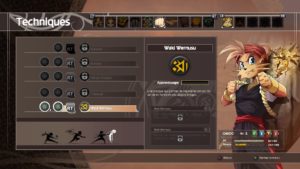 Apart from the techniques, the characters will be able to learn spells. The latter use Shi and there are several kinds, such as attack spells like fireballs, water balls, etc., but also spells allowing to temporarily improve the statistics of the character such as attack, defense or even to heal.

Techniques like magic are therefore added to basic attacks during combat. During these last, it will not be enough to bombard the enemies with the biggest spells to hope to kill them, but it will rather be necessary to use all that is at the disposal of the character, and even to change character during the meetings.

Indeed, enemies have their own strengths and weaknesses, but also different spells / attacks, which require adapting to them. Once a fight is over, we are entitled to a summary screen, with the items recovered, the time the fight lasted, the combos, etc. with a note at the end. Those who know the Tales Of series will find their way around without any problem!

Small flat for the fights, it's the camera! (again and always she in the games!) Depending on the environment, the camera is sometimes very capricious, or even gets stuck in the background, which means that we no longer see anything of the fight. This happens particularly often in places with little space or a lot of scenery (in a camp, for example). 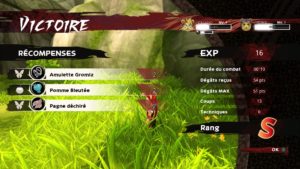 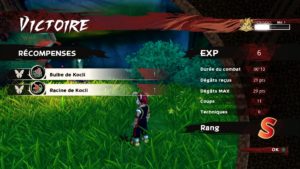 Whether it is techniques like magic, the latter must to be learned. Indeed, during the adventure, it is possible to recover in different ways « disciplines », in chests, from merchants or by completing quests. Once a discipline is equipped on a character, the latter will have access to the spell or technique in question.

However, it will have to be used during combat in order to definitively learn it otherwise, by changing the discipline before having learned it, the character will lose the technique / spell in question and can no longer use it. 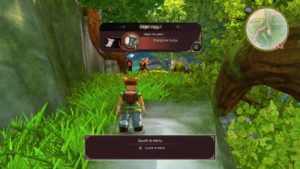 The game obviously offers a main quest, but also side quests and also contracts.

The main quest is a more standard main quest. ? The same goes for the side quests. As for the contracts, they will require you to face quite powerful and tough enemies that will put the player's skills to the test! 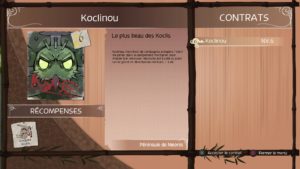 The game has a nice graphic touch, the drawings are really beautiful, the monsters and characters are also very well detailed. As for the decorations, even if they are varied, there is often redundancy, especially in the decorations of the same zone. 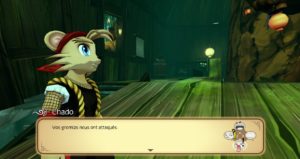 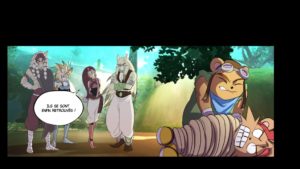 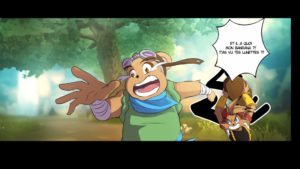 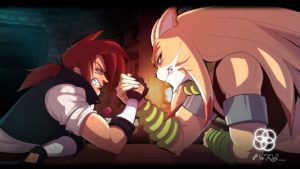 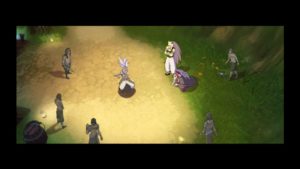 On the side of soundtrack, the music is really fun to listen to. The music and melodies stick perfectly to the universe and do not become annoying by dint of being heard, as is often the case in other games.

The game has English dubbing, but no spanish dubbing. But it is possible to download a (free) DLC called « Maherian Language Pack », which offers dubbing in the game's invented language (an invented language, which is mainly inspired by Japanese, Swahili and spanish) the language itself is "beautiful" and pleasant to listen to.

However, I find that the dubbing does not stick very well to the texts. It's hard to explain, but, for example, you can have a dialogue of about twenty words, but the dubbing will only have 2-3.

The game is really very good. It's a low budget game and it can be felt at times, such as during exploration with in particular some collision issues, but the rest is really very good. The fights are much more technical than they seem to be and to pass the "tutorial zone" (which lasts all the same a small handful of hours), it is a real happiness!

On the lifespan side, I haven't finished the game yet, but I already have about 10 hours of playtime and spent about 100 hours in the tutorial area. The lifespan to complete the game XNUMX% is around sixty hours, which is more than honorable!

add a comment of Shiness: The Lightning Kingdom - A Glimpse of a Mysterious Universe