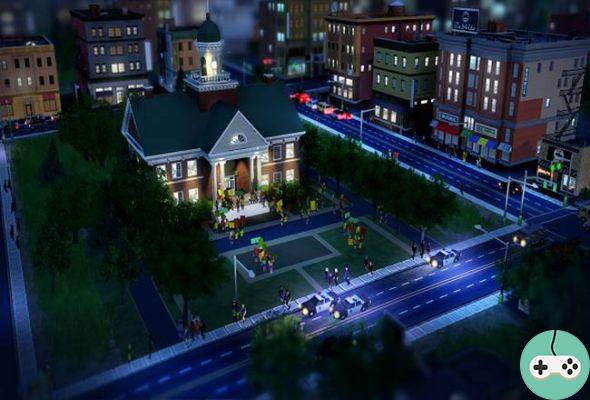 Good news ! EA recently announced the upcoming release of Update 2.0 for its simulation game. It will therefore be Monday April 22 at 19 p.m. The schedule may seem strange, but hey, will that give us time to have a good meal? Plan a good two hours of respite. 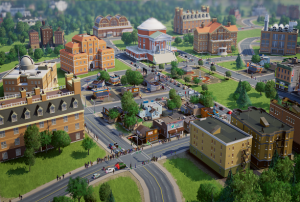 EA is therefore announcing a huge batch of fixes and improvements of all kinds. However, the issues regarding the loading of cities as well as the lost cities are not taken care of immediately as the team is still working on them.

Here's a quick look at what you can find in this update.

• Mayor's House: the mayor will now go to work with great fanfare. He will take his helicopter, limousine, or sports car if these modules are available.
• Data Cards: These are now displayed in their normal color when a color filter is activated (except in color blind mode).
• ATH: Colors have been corrected in color blind mode.
Bug fixes and updates
• Cities are not progressing / regressing: reduction of the risk of cities not progressing or regressing.
• Invitations: Invitations to join a region should be sent and received more quickly.
• Ranking of regions: regions with available cities now appear at the top of the list.
• Tourism: resolution of unexplained tourist fluctuations. Tourists in transit are counted more intelligently.
* Cruise ships are now more efficient at bringing middle and upper class tourists to coastal towns
* New tourists will arrive when the tourists leaving the city reach the stations, bus depots or boats rather than waiting for them to leave the area.
• Casinos: Casinos have been adjusted so that gambling will be a more profitable specialty. Players can destroy and replace existing casinos to see the effects of this change.
* Larger casinos will attract more tourists to the city which will keep them full
* For these changes to take effect, you will need to replace your existing casinos
• More Casinos: The maximum number of modules for Futuristic Casinos and Stylish Casinos is now six.
• Regional Game: Bankrupt cities can now receive cash as a gift.
• Education: school bus buses no longer get stuck in high school. The bug will also be fixed for existing schools.
• Education: school bus buses no longer pick up students in neighboring towns that do not have a collection stop.
• Education: more precise monitoring of the regional student population.
• Education: Children who leave the school bus stop teleport to the nearest pedestrian street instead of entering the school directly.
• Education: University wings now give the correct bonus.
• Recycling: the recycling center no longer stops functioning. Recycling services go to other cities.
• Air pollution: Air pollution sometimes seemed to come from nowhere, and this bug has been fixed. Regional air pollution no longer gives double penalties.
• Fire services: fire trucks no longer converge on the same sites, they are dispatched for greater efficiency.
• Water: Water pumps are now able to pump water from streams in a wider radius, thus making better use of a city's water table.
• Disasters: period of respite without random catastrophes. Some players were hit too frequently by random disasters. A period of respite, during which no random catastrophes occur, has been introduced.
• Trade: Commercial ports no longer suddenly stop shipping goods.
• Transport: trams and buses go as a priority to high volume stops.
• Transport: A city with residents and public transport now supplies the appropriate number of employees and consumers to its neighbors.
• Transportation: A transit vehicle stuck in a pickup or drop-off loop now returns to the garage instead of trying to pick up more people.
* Public transport vehicles will be updated automatically with version 2.0. If you are still having trouble with some shutdowns, pause the shutdowns for a few hours in the game and restart them, that should fix the problem.
• Transport: neighboring buses come in fewer numbers to the city and pick up local passengers first.
• Adjustment: exclusively residential towns will be defeated.
* Buildings will not be able to increase their density if they are not supplied with water or electricity.
* The impact of increasing residents' happiness in the event of tax cuts, the installation of police stations, fire stations, and health facilities has been reduced.
* Buildings that should appear as derelict will actually appear as derelict
* High density residential areas can now be abandoned if you don't have the budget
* The double increase in happiness does not occur with each reduction in taxes
* The unemployment rate will decrease happiness more significantly if it increases

• Audio: The sound is no longer cut off when creating a big city or when hearing “ghost” sounds in the city.

• Demolish: When players demolish service buildings linked to vehicles or agents moving in the city or region, they would sometimes get stuck and not be found if a new building is constructed. . This will no longer be the case. 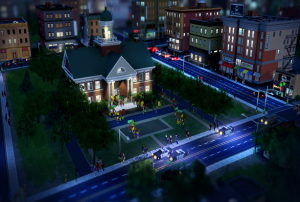