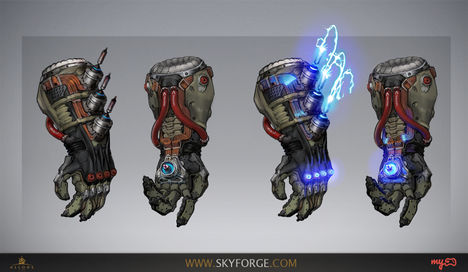 This guide is intended as an extension of our Kinetic guide and will look for the means to optimize your rotation and your symbols as much as possible in order to draw the most damage from this class. Be careful, this guide is intended for characters with fairly advanced development and access to several symbols located far enough in the Atlas and behind pink nodes (therefore requiring anomalies). In addition, this guide is very focused on high prestige PvE like Isabella as well as distortions. 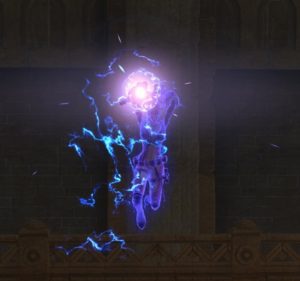 This guide is based on the melee variant of Kinétic. In addition to the need to have fully unlocked the Kinétic and to have equipped the appropriate weapons, the prerequisites are:

Of course, all the symbols that increase your damage and related to the Strength / Luck stats (Ultimate Strength, Maximum Recoil, Laceration Injury and Compressive Injury) are a must.

This "2.0" rotation will be based on the Mark of Death. Each hit to an enemy has a (fairly high) chance to cause an effect for 6s on the target. At the end of these 6s, the Mark of Death will inflict on the target a percentage of the damage inflicted during the duration of the effect (depending on the number of symbols unlocked, i.e. 17/22/30%). This skill has an internal cooldown (minimum time after which it can be reapplied) of approximately 20-25s.

If you follow the rotation of our Kinetic guide, you must have noticed in the battle history that the vast majority of your damage comes from your Gravitational Strikes, which is even more true in group content if an Alchemist sends you. his Stimulant Injections at the start of your Blacksmith's Mace phase (which he should do).

The goal of this "2.0" rotation is therefore to ensure that your Mark of Death only triggers during your Blacksmith's Mass phase, or at least to increase the probability as much as possible. There is only one way to do this, which is to do nothing between your Blacksmith Mace phases. I insist on the fact that you should not use any offensive skills, so as not to trigger your Mark of Death when you do not have the possibility to use your Gravitational Strikes.

Also, doing such a spin will go perfectly with the Alchemist symbol, which functions similarly to the Mark of Death (with a chance to trigger on each attack and an internal reload of around 20s), thus ensuring its triggering only during your Blacksmith's Mace phases and therefore increasing the desired effect even further.

This rotation will also use Searing Pain, which inflicts a fairly interesting amount of damage but above all has the advantage of being out of the global cooldown (GCD for Global CountDown). What is this thing? Well, if you pay attention you can see that after using most of your skills there is a little time (in Skyforge it seems to me to be 1s or a little less) that you won't be able to not use any other skill. The goal of such a mechanism is to limit the number of actions that you can perform in a given time and therefore to attenuate the influence of server latency in the rotations. And the great advantage of Searing Pain is that it is outside of this GCD, which means that it is usable during this reload time but, in addition, it will not trigger any, which allows you to use a skill immediately after. Using such a skill will therefore not delay your spin if you use it at the right time.

Now let's move on to the rotation:

Pulse charge for bonus damage + a chance to activate the Mark

BOOM (until the end)

Just like the basic rotation of our guide, this last one will allow you to place 9 punches, including 7 critical ensured by the Trap, if you use the Searing Pain correctly (right contextual action, "E" by default) immediately after your Trap. Normally your Death Mark will have been activated by Kinetic Pulse or Searing Pain but this is not an exact science. It will work most of the time, but there may also be times when it will only trigger on punches.

Then, well, nothing should be done until the reloading of your skills (as well as that of the Alchemist) and start this rotation again. You can, in a pinch, place a few hits right after your Blacksmith's Mace phase, but no more than a few seconds, so as not to accidentally trigger your Mark or the Alchemist symbol. My advice is just to do a Kinetic Pulse (for the damage bonus) and the ultimate skill as soon as your Pulse charge has returned and then wait.

While it might seem odd to "hit less do more damage", I can assure you that this spin is more profitable and I invite you to test it for yourself.

Small note to finish, currently the Mark of Death benefits from a "double-dip" effect, which means that it can benefit twice from certain buffs. Usually, this happens when a skill deals damage in proportion to that of another skill. Currently, the Mark can benefit twice from the effects of the Alchemist's Biopeat. Indeed, while it is active, the damage it "registers" is increased by the Biopiege and, when it inflicts damage at the end of its effect, the latter will again be increased by the Biopiege (ie 2 times ). This phenomenon has just been blocked in Russia, but is still active here, so take advantage of it.

Add a comment from Skyforge - Le Kinétic: To go further