SoulWorker - Another MMORPG at Gameforge 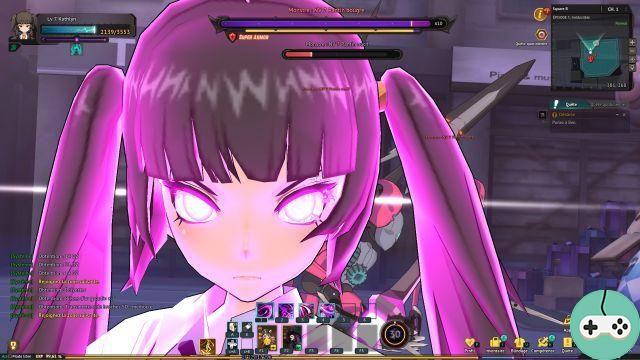 Gameforge has been offering SoulWorker since the end of February, a new MMORPG in open beta, developed by Lion Games. Obviously, I went for a little walk. It's hard to resist the call for a new MMO, especially since this one is adorned with the label "Action Anime MMO". I don't expect anything great, but I'm still curious to give it a try!

We start by creating an avatar. Already there, it is a bit badly crossed out because we start from an existing character. For once, it feels more like an RPG. The chara-design is quite nice at first glance. Each character is entitled to a mini cutscene to introduce it. I choose Lily Bloommerchen who gives me the impression of stepping out of Soul Eater. I hesitated with Stella Unibell. I liked her possessed Bard side, but her appearance a little less. 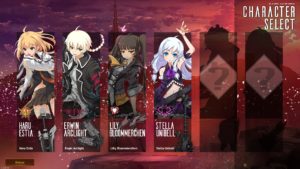 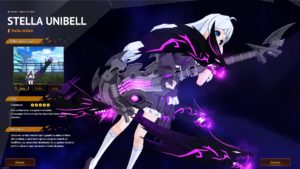 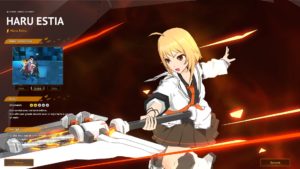 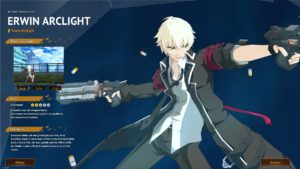 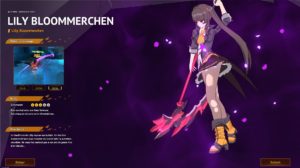 It's light, but we have a few options to customize "his" Lily. You can change your voice, your hairstyle, change the color of your eyes, your skin and finally choose your outfit. 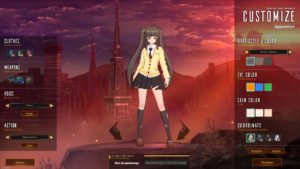 Ha no, that yellowish waistcoat is not going to be possible mademoiselle. 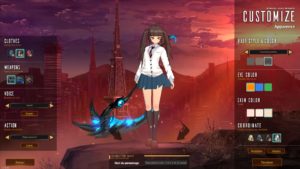 White makes you look better, it's important when you save the world to look good!

Into this world, a gigantic portal, the Great Void, pours out its flood of dreadful creatures. But he doesn't just spit that. Sometimes a child comes out but not unscathed. He is endowed with a power that gives him the title of SoulProdige. This is the case of Lilly Bloommerchen, who, after having disappeared for 15 years, comes out of the Great Void. The Star Body, a group battling the plague brought by the Great Void, recovers Lily. A new life begins for her: to discover the extent of her powers and to use them to save humanity. 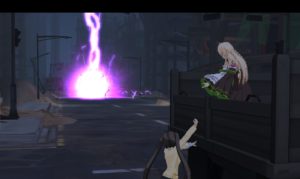 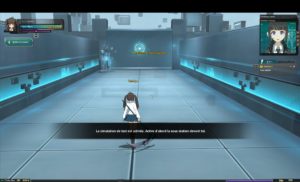 Welcome to the matrix.

We also need to know how it all works and the start of the game begins with the essential tutorial. We learn the basic controls and then the rest over the first hour of play, where Lily is subjected to a small test by the Star Body to assess her abilities and the handling of her scythe. 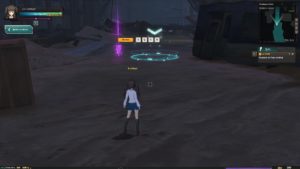 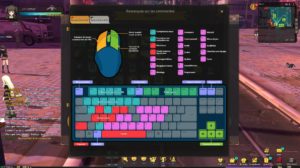 At first glance, the gameplay is simple: left click for the basic attack and chain combos, right click for a special attack. We also have other skills assigned to keys 1 to 6. Finally, the 7 key activates the Nova skill, an ultimate power that becomes available when SoulNova's gauge is full.
Lily's Nova, Nadir, lasts 30 seconds and grants her Critical Damage + 150%, Speed ​​+ 20%, and Super Armor activation. Your Nova is therefore used wisely. 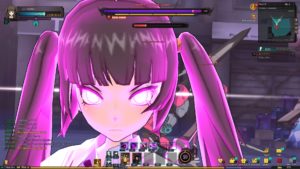 Then we realize that it's more complex than we might have thought. Dodge plays a major role here. Running through the crowd won't always work (* cry *) and being careful of your opponent's attacks will be important. The problem, well MY problem, is that the key assigned to dodge is Shift. I don't find it very intuitive to move around with ZQSD and have to press Shift to dodge. It's a blow to nab a cramp in the ring finger. Rather, I would have imagined having to press the directional key twice, or at most ALT. I changed the shortcut to one of my mouse keys. 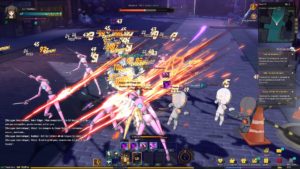 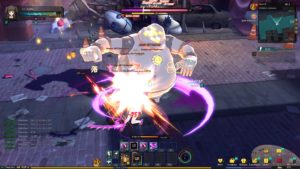 In addition to your skills and Nova, you have "Akashas". These are somewhat specific passive or active skills. They are obtained using cards obtained or made by gathering materials. An Aethari NPC will then help you craft your Akasha, not for free, obviously ... 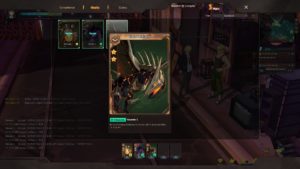 Two full episodes later, the difficulty of SoulWorker turns out to be higher than one could have imagined. I died more often than in other MMORPGs tested.
I spoke of episode, and the word is not chosen at random. You don't feel like you're in an MMO at all, since everything is very compartmentalized here. A place gathers all the NPCs and quests, and different exits take you into your quest "corridor". The system is almost identical to what I saw when Skyforge launched. Those who like to be able to move freely will not find their happiness in SoulWorker. On the other hand, the system lends itself perfectly to short gaming sessions. Do you have 20 minutes in front of you? You will have time to do 2 or 3 quests. Now see how it evolves as you level up. 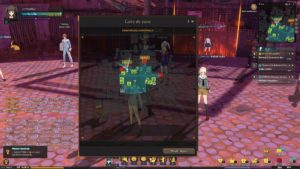 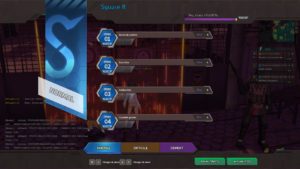 Speaking of content precisely, nothing revolutionary: a main quest (yellow color) and side quests (blue). We also have daily quests. The little touch of originality lies in the Mystery Quests: they appear randomly in your quest area. By accomplishing your goal, you may have a reward. You consume "Zeal" when you enter an area. It feels like a mobile game with this famous stamina / energy gauge. I haven't found myself short just yet.

The story follows with unequal enthusiasm, the fault of wobbly dialogues. We feel that the translation is not the strong point of the game and it is a shame because there is a desire to make the protagonists interesting. My character, Lilly, has a strong character and replicas that fuse, the NPCs have their own personality that fits into the boxes of an average anime (the melancholy nerd, the authoritarian military, etc.). In short, all the codes of the genre are there, but spoiled by these poorly constructed sentences.
It's a shame because the universe is ruined! It's visually simple, there isn't a lot of detail, but it's far from ugly. The whole is raised by a worked sound environment, as much at the level of the music as of the noises. The voices in original version are a real plus. I can't get enough of Lily's insane laughter. 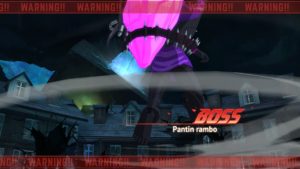 Crafting is done with the help of an NPC. Each character has their own equipment. The good news is that we have filters to show only what we can equip. Here too it is seen and reviewed: you need a white object to make green, and with this green you can make blue. In addition, it costs Dzinahs (the game currency). In fact, everything costs an arm in this game: the confection, the Akashas, ​​the consumables. I hope that at a higher level it balances out a bit. 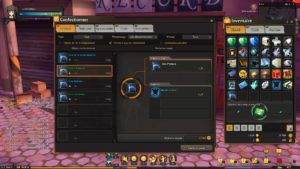 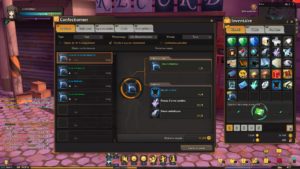 Next to the NPC for crafting is the Amplimaître which can consolidate your equipment. You leave a kidney there too, and the icing on the cake: it can go wrong. What a surprise, there is an item in the game store that allows you to achieve 100% success in consolidations. I'm not going to blame SoulWorker for wanting to be profitable, but this kind of gadget is a bit too close to Pay 2 Win for my taste. 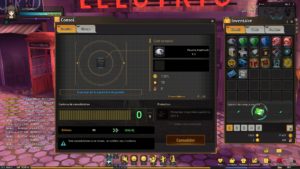 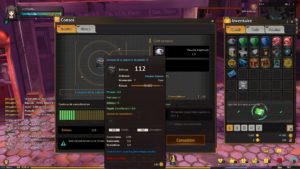 Let's finish with a tour of the interface and menus. It remains relatively clear with the basic information: character status, map, quests (where there are also 2 tabs, very practical!), Skill shortcuts, menu. The latter is well thought out and displays the main categories. The rest is grouped together in "Game menu". Additional information appears from time to time. For example an icon will appear next to the map, meaning that a Help article could be of use to us. Below the chat are also indicated the rewards to recover when unlocking an achievement. In short, I find the whole rather pleasant and easy to use.
However, a few small things are less great, like the SMH (mail) which is unnecessarily complicated. You have several boxes in your box. 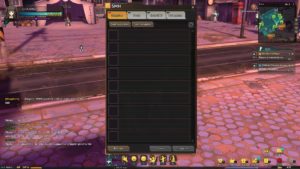 The "Armor" menu, understand equipment, is not too badly thought out. It is divided into three tabs: 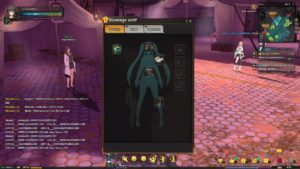 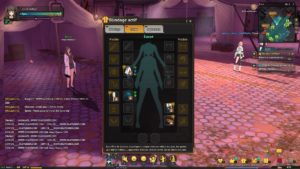 Let's talk about the store precisely. The reception highlights promotions, news and popular items. In "All articles" we find the classic sections. There are a lot of cosmetic items of course, but since Fashion outfits can have pin slots, I wonder if we haven't yet got a little unhealthy little trick to widen the gap between players who spend and those who don't. 'will buy nothing. We also have XP boosts, consumables to regain Zeal, to resuscitate in a Sector rather than in the city and have to start all over ... There are still items that improve progression, meeting the demand of those who do not. are not patient. 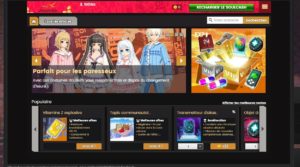 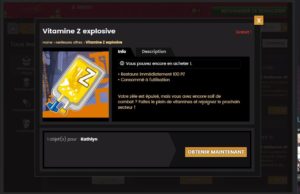 The store currency is called SoulCash. For € 4,99 you will get 500 SoulCash. For 9.99, 1250. In short, the more Euros you put in, the greater the SoulCash bonus will be. The store has revised the price of some items for sale recently, these being enough .. wacky to remain polite.
Let's take some examples of common objects: 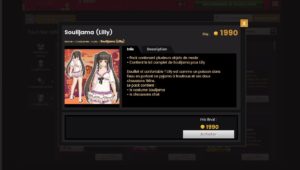 In a nutshell, SoulWorker could have been a nice RPG, but is a passable MMORPG. A shaky translation spoils the experience and the store remains overpriced as a whole. On the good side, his universe and his look give him a plus, as well as his willingness to want to play in a group. The difficulty of the missions tends to indicate to us to duot, at least all that would make the experience more pleasant, rather than being left alone in his corner.
I would have appreciated SoulWorker better in an offline RPG form with the possibility of co-op. We could easily have imagined DLC in the form of an episode like an anime to continue the adventure. Pity !


Do you want to be up to date and know all the tricks for your video games? In gamesmanagers.com we enjoy playing as much as you do and for that reason we offer you the best tricks, secrets or tips for you to play non-stop. We offer you quality content and always updated to keep you up to date. That's why, in our website, you will find not only videogame guides but also tricks, secrets and thousands of tips so you can play to the limit. Are you ready to get it? Enter now and enjoy your videogame!
Star Citizen – Chronologie – 2681 ❯

Add a comment from SoulWorker - Another MMORPG at Gameforge