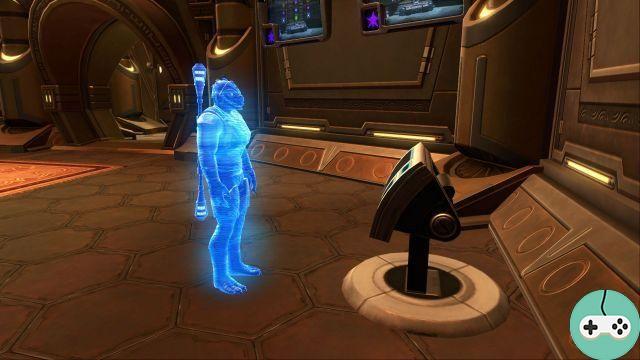 Be careful, in this guide there may be some spoilers on the story, in particular the names of partners involved in it.

Many, many changes for these famous partners, whose list before 4.0 was finally quite small (7 or 8), and which will be much longer from now on.

Note first of all the appearance of a new window, Partners and Contacts, accessible with the N key by default (or the fist icon in the menu). This window represents the formation of your Alliance in KotFE and there is a wealth of information there. 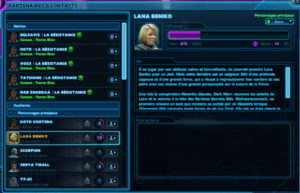 You can see that the characters listed here are grouped into several categories.

These are the characters that you can summon to you and that can help you in battle.

The main characters are those you will meet in the story of KotFE.

The other supporters include former partners (which can be retrieved via the return terminal which will appear in 4.0.1), partners recruited via alert missions, or "bonus" partners, such as Nico Okarr or the Akk Dog. 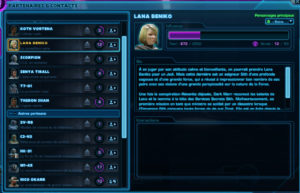 Here you will find several types of characters.

The main characters are partners that you may have met in the story, but for some reason or another are no longer available.

Specialists help you evolve your base and your Alliance. We explained the principle in the article dedicated to the Alliance. 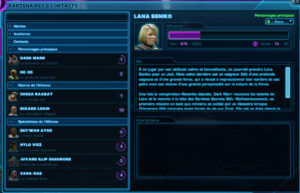 Instead of the previous Affection system, it is now Influence that will mark the progress of your partners and contacts. Represented by a bar on the right of the window, partners now have a maximum of 50 ranks of Influence (totaling 250 points).

Raising the Influence of your characters can be important, even decisive. Indeed, their rank of Influence determines significant bonuses. Each row brings:

That is to say a total of 2500 points of Presence, 75% of Effectiveness (roughly 5 minutes of mission instead of 22) and 25% of Criticality. 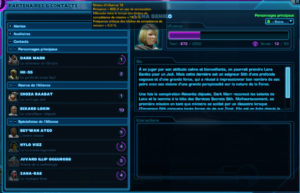 Partner gifts will therefore have a resurgence of interest. Moreover, new types and ranks of gifts have appeared.

small tip : Don't forget the character perks in the Legacy panel. You can find two types, each with three ranks: 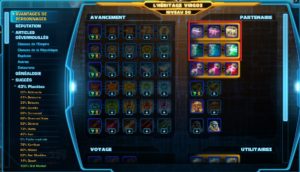 The classic window for launching crew skills is still there, and you can find all of your partners there and launch them on crafting or harvesting missions. 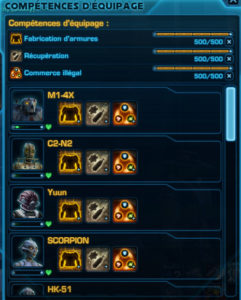 However, it lacks a small option to sort partners according to their Influence, to have the partners with the highest rank, and therefore the most effective, at the top. Especially since the list has necessarily grown and you sometimes have to go down low enough to find the partner you want to send.

On the other hand, it is no longer possible to invoke your partner directly from this window, you will have to go through the Partners and Contacts window.

As previously announced, you can now choose your partner's role in combat, namely Tank, Damage (DPS) or Heal.

This translates into new skills, depending on the type of weapon the partner uses and their affiliation (light / dark).

You can choose the role of the partner in the Partners and Contacts window: 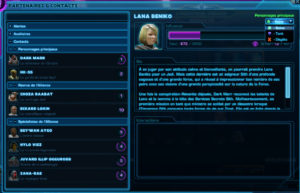 Heroes of the Monkey Tavern - Go on an adventure!