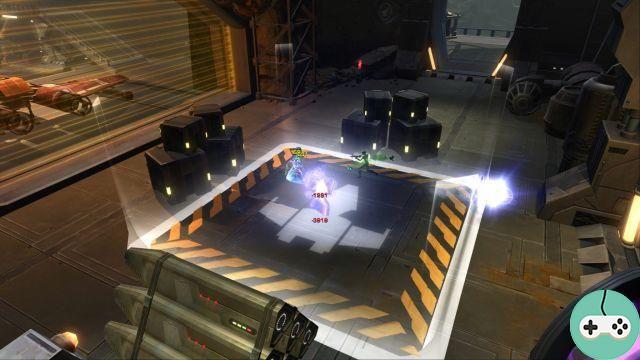 Update 4.3 was released last Tuesday. Among other things, it brings us two new war zones, one of which has 16 players (8 per team): Alliance testing ground. Here is a guide based on the extensive information provided to us flame to explain how to lead his team to victory in this war zone.

This war zone is an alliance training to train the heroes against Arcann. The training takes place in Odessen.

This instance is the first allowing the teams to be mixed, this means that in this war zone you will be able to do team up with the opposing faction : as an imperial you will have to team up with republicans, and vice versa. Your former enemies therefore become your allies for a part and you can heal, protect and communicate with them through the operation group channel. End-of-game votes are not restricted to your faction.

Le alliance testing ground is a zone capture way king of the hill but composed of several capture points and whose interest changes during the game. The objective is therefore to capture a point and hold its position or to take and keep the position of the opposing team. 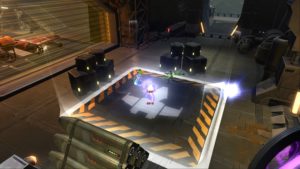 You will also find new bonuses specific to this war zone. You knew the kolto tanks (to collect to recover in life during a war zone), there are now utilities that will be used to influence the course of the game (for more details on these bonuses see the section that is dedicated to them). The usual speed and power increases are also found in a few corners of the map.

The first team to reach the600 point goal wins the game, or, failing to have 600 points, the team with the highest score at the end of the time limit wins. But how do you score points? There are 5 objectives on the map:

Their catches will earn you one point per second per objective. These objectives are represented by symbols which indicate their positions and their catch states. 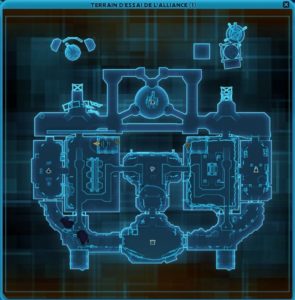 The war zone is divided into 7 rounds lasting 90 seconds each. The round system is not the same as that of the arenas, at the end of a round you stay on the map and the next will be triggered a few seconds later, a bit like the ancient hypergate when the pylons are 'activate.

At the start of each round, two or three lenses light up, it means that only they can be captured and defended. It is therefore useless to stay on the unlit lenses. The fights will be concentrated in the active areas, and you must hold your point or try to take it from the opponent. For a team to capture a point it only takes one person inside the zone, but there must be no player from the opposing team. Likewise, a single player is sufficient to defend an area as long as there is no one from the opposing team. Note that it is impossible to capture or defend an area in stealth mode and that if everyone leaves it the zone will become neutral again after a few seconds.

The lit objectives remain in place for the duration of a round. The time remaining before the end of the current round is visible around their icon by means of a progressively decreasing gauge. You will find this gauge and these icons in a new interface element which will indicate the position of the points as well as their states (active or inactive). 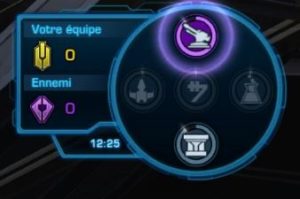 When an active point has consumed the time of the round it is extinguished (a bonus allows it to be consumed faster). When all the dots are off then two or three new ones will light up and you can capture them. As the activation of points is random, you may not have to move and be able to capture the same point several times in a row.

Finally, to guide you, signs indicate the direction of the objectives at certain locations. Here are some pictures of these panels: 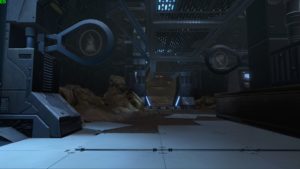 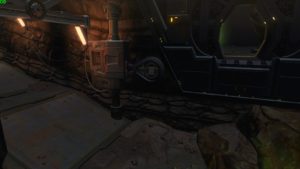 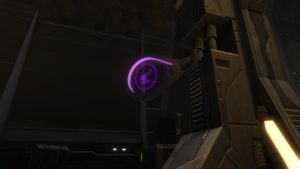 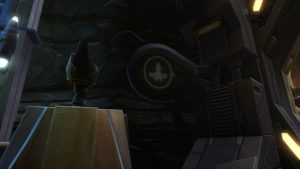 As we said in the first part, there is a new utility that one can pick up in this war zone. Killing an enemy will give you their bonus and you can also transfer it to an ally if you yourself are in danger. This type of bonus is available in several places on the map, such as the elders who are also present in this war zone.

These new bonuses can be used to change the course of a battle via the following effects:

These utilities require channeling time and cannot be interrupted by a spell. However, the pipe is cut if the character moves or if he is controlled by an opponent. In defense as in attack, it is therefore possible to prevent an enemy from using his bonus but if the resolution bar activates then you will no longer have one possibility: kill the opponent and steal his bonus. .

It is easy to change the tide of a battle with these utilities: with the red go to an enemy area and activate your power, you will deactivate the area held by the enemy for the current round. But be careful, you can also use it to deactivate your own zone! You can also take an area far from the fighting to surprise your opponent or use your blue and orange bonuses to accelerate or increase the points gained in order to outrun or catch up with the enemy team. 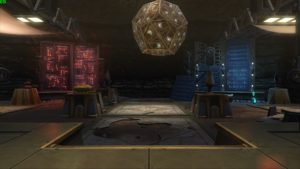 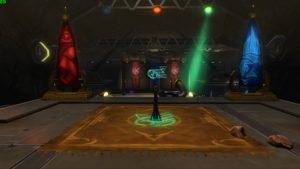 Thank you again to Flammae for this information.