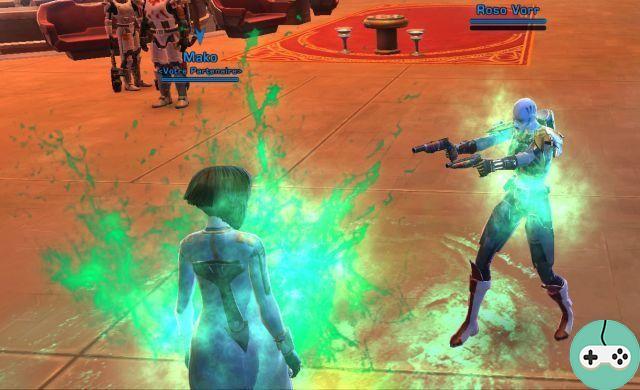 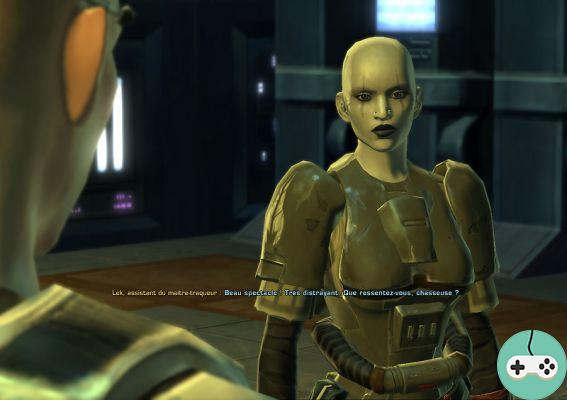 Hello and welcome to this article about heal as a Bounty Hunter primarily intended for beginners with this character. So, the bounty hunter, why?

Because he is "hot"! And when I say" hot ", I'm not far from the truth ... let's see why, as an unparalleled killer in the galaxy, you might specialize in healer. Yes, I know, killer, healer, it's not easy. Isn't there something like a contradiction?

The answer is simple: no ^^

If we know how to kill someone under the worst conditions, including occasionally slipping a well-placed pinch of cruelty (yes, we want points from the dark side, right?), We must also know how to get out of it, this is called close protection : from the original bounty hunter we then switch to the status of bodyguard and it's a dive into a whole different odyssey. 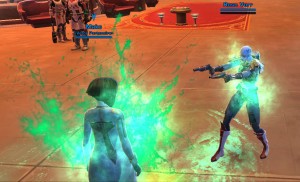 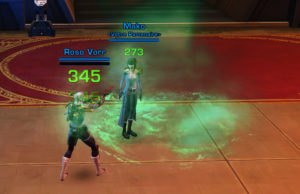 As Mercenary, we have a whole host of funnier abilities to keep our allies alive. From the specialization made possible at level 10, the character is already exciting to manage. Later, at his best, the Healing Bounty Hunter will need to become accustomed to using some of his key abilities such as Supercharged Gas, the mechanics of which he will need to constantly master to maximize his healing, as well. as the Combat Support Cylinder with which he will (eventually) have to switch regularly to optimize his presence in a group.

Once activated, the "cylinder" allows you to use Chain Shots to heal your allies by shooting them shamelessly ^^ and by accumulating "charges" of Supercharged Gas with each attack, the maximum being 30. Be careful, however: direct healing is minimal but every 10 charges the bodyguard benefits from a 1% increase in damage and healing. Returned to 30 charges, he can then activate Supercharged Gas and obtain a temporary bonus: immediate ventilation of 16 heat points, 10% increase in healing and damage plus various ability bonuses:

Does it remind anyone of the tree of life shape? (former druid inside ^^).

Here are the descriptions of the most used capacities from the first levels: 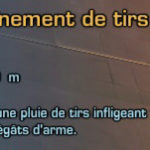 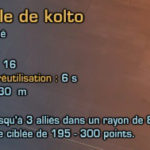 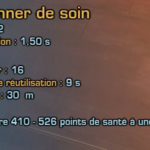 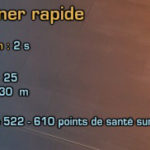 Each ability has its own uses, so the neophyte bodyguard will need to learn how to use it all wisely and it may take some getting used to. Especially since the amount of care is not huge with small equipment. But eventually ... Anyway, the mercenary bounty hunter specializing in healing is really fun to play and that is the main thing ^^

Usually, in a "quiet" situation, we can plan to use this "rotation: 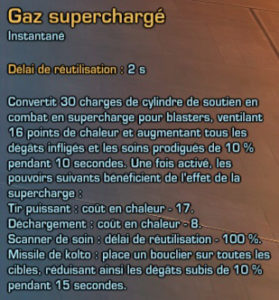 It is a very simple basic rotation for controlled situations, without urgency. But if your party is getting slammed by a pretty bad-mouthed boss, consider sending heavy heals rather than ramping up your Supercharged Gas charges. On the other hand, if you have managed to mount a maximum of 30 loads then use Healing Scanner to spam it without CD (cooldown, etc.). The other excellent ability for emergencies is Thermal Manipulation, obtained at level 42, which allows a ability to be used "for free" without any additional heating.

When Supercharged Gas is activated, note that it is best to use only the Healing Scanner during this time as this ability has a better heal / heat ratio than the Fast Scanner. But when enhanced by the Self-powered Scanners talent, then the Rapid Scanner can prove decisive if the party takes a lot of damage. 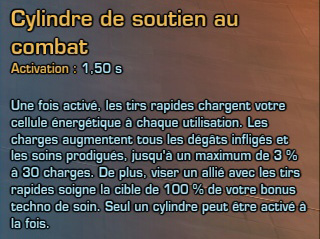 The key points of the mercenary heal:

Regulars to the old MMO filled with elves and death knights will be on conquered ground if they have already healed the Paladin. Same "kind" of gameplay, with contributions from the druid and the priest, well ... to simplify. 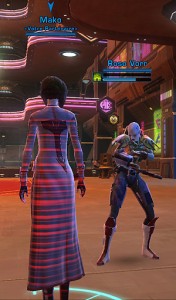 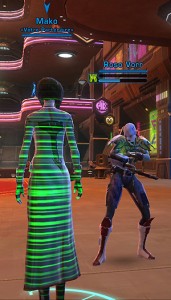 Add a comment from SWTOR - Bounty Hunter: shoot and heal!