The Pure or Hybrid Engineering specialization is just as viable at high level as its remote shooting colleague, it is based on a greater importance given to probes and damage over time associated with high multi-target efficiency. 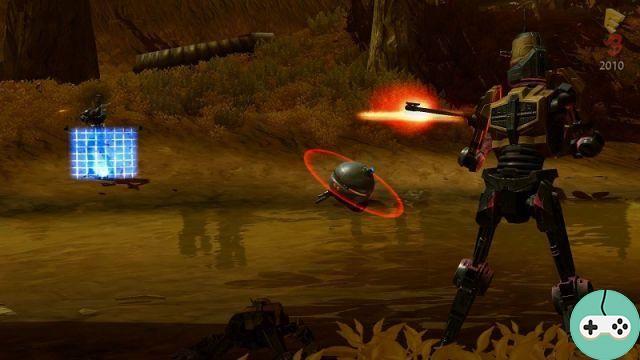 The specificity of the engineering specialization is to improve the effects of probes. In practice, this tree is the one with the most aoe potential via three talents increasing it by 45% and a dedicated technique at the end of the branch (plasma probe).

The probes are particularly effective there and the addition of two techniques that do not require coverage give it more mobility.
We can distinguish two templates that stand out in engineering specialization:

Having tested both they are all viable but my preference is for the hybrid as I have a moderate liking to the engineering tree ultimates as ranged fire and this one combines the best of both.

Note that the pure engineering specialization is more mobile and has excellent resistance via dedicated talents at the end of the tree which increase your resistance and reduce the recharge of your defensive cds such as the shield probe but also the ballistic shield. 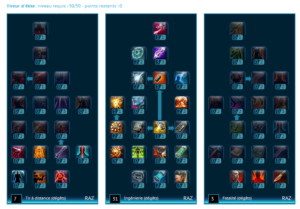 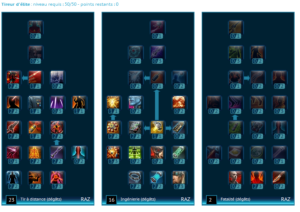 The talents of the engineering tree 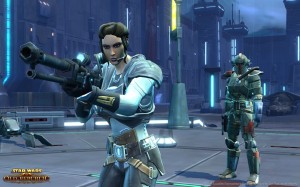 Regarding the statistics required, here is the importance of the different characteristics by level cap. It differs a little from that of a sniper having totally oriented his template in distance shooting (31 points) mainly on the importance of influx and criticism.

Regarding these two statistics, the situation has evolved from the nerve of the influx. The idea is to have at least 1/5 of a minimum inflow percentage before the reviewer loses importance. Power is very quickly an important statistic and is frequently present on parts. The precision must reach 8%, that is to say 100% of precision knowing that we have 3% via the talents.

The management of energy on a sniper is one of the important points and it differs according to the talents taken. 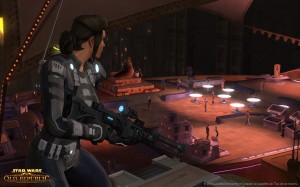 In hybrid special, the energy management will be more important than with a complete shaft. You have two regeneration boosting talents: Sniper Nest and Imperial Methodology. Do not go below 50 to 60% even if it means inserting your blaster shots, the movement phases are particularly useful for this. Save the adrenaline sensor for the burst phases!

In pure engineering, your regeneration is not improved. However, you have techniques that are less costly and energy recovery is still possible via an adrenaline probe. Overall, this specialization consumes a lot more energy but it takes advantage of an adrenaline probe available every minute via the energy discharge, so we use it as soon as possible by emptying its bar beforehand. energy. Energy management is therefore a real roller-coaster ride.

The techniques available are ultimately the same as in the ranged shooting specialization, I would not go back to the common places but would focus on the specifics (go read this if you haven't already).

Via this talent tree, we can recover three specific techniques, I will detail them in order of obtaining:

In addition, the two specializations give particular importance to the explosive probe, three damage ticks will be applied to the probe target at each trigger (on any shot).

At the same time, the area effects are increased by + 15% in hybrid and + 45% in pure engineering which in both cases makes the orbital strike effective. 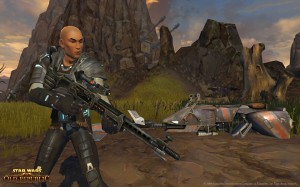 The principle is to keep your damage techniques over time on your target (interrogation probe, corrosive dart; series of shots and plasma probe) by throwing them regularly and intersperse your other techniques in the meantime. However, this makes the short burst phases not very obvious (Soa hm and its traps or its phase 3 where the dowries have little time to act), it is even more sensitive in pure engineering (the hybrid being more reliable at this point). level).

Use electromagnetic discharge in order to reset the time recharge of the adrenaline probe to zero and immediately after using an explosive probe.

In multi-target, it will also depend on your specialization:

Defense technique
As already announced, the pure engineering specialization has the best resistance via several talents going in this direction. The 30% increase in damage reduction every minute from the Shield Probe combined with 6% passive damage reduction and 4% more stamina provide very good survival.

Finally, reducing the cooldown of the ballistic shield is particularly viable in a PvE context in order to mitigate the damage received and relieve the healers. 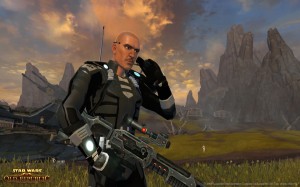 In leveling, I do not recommend it before level 35 since its specificities are only effective towards this level and the first talents hardly exciting. You should know that the gameplay is still quite close to that of remote shooting by its management of cover and its main shots.

Knowing already how to play a pure ranged shooting specialization is therefore a big advantage before taking on this specialization where damage over time and energy management make the fights more random.

Budding sniper, so go ogle the side of the ranged shooting tree while you practice your weapons and return to engineering once at maximum level. You will discover a more nervous gameplay with more flexible movements but with more random energy management (especially in pure engineering) and more viable on long than short fights.