Second boss of Operation Explosive Conflicts, Calcinis and Storm Storm is still a double boss like Jarg and Sorno or Zorn and Toth. 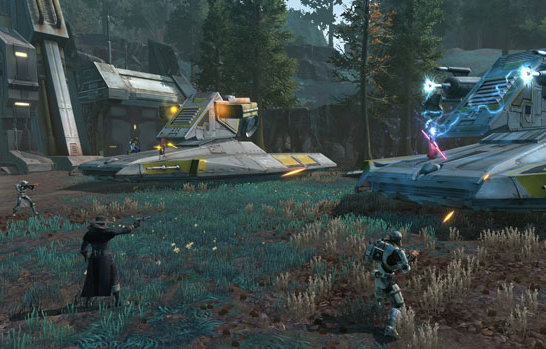 As usual with this kind of boss, you will have to split your raid into two groups of 4, each made up of a tank, a healer and two dps.

Each group will be assigned to one of the two bosses and placed on their right flank for storm hail and left for Calcinis. If you have melee, prioritize them on Storm Storm.

The tanks will be placed so that the two bosses are looking towards the entrance of the room as they are when you arrive in the room and so that they can easily change targets. Nobody should pass in front of the cannon of the two bosses because it risks to suffer significant damage, respect your positioning on a flank and in case of major necessity (need for a resurrection spell for example) go to the back of the bosses towards the back of the room.

At the same time, one or two tanks remain in the room and run through - within reach of the healers - to place the energy domes outside the defensive shields.

Besides that, two techniques two damage of zone are to be avoided:


Once these different steps have been assimilated, in particular the exchange of targets for the tanks because of the reduction of armor, the combat proceeds without a hitch.