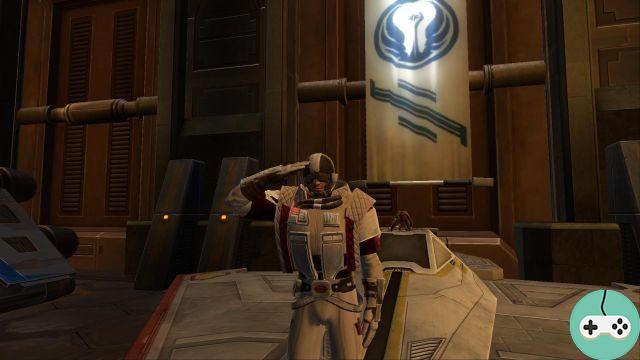 Attention, the bluesaille! I'm being sent here to brief you on flying in space, and believe me, it's not going to be fun. Break up! 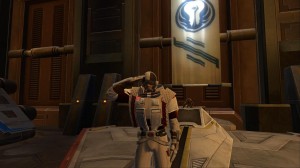 Okay, let's start with the basics. The shed, now, think of it as your home. This is the place where you will prepare your ships and crews. To access it, click on the ship-shaped icon near your mini-map or on the H key (by default). 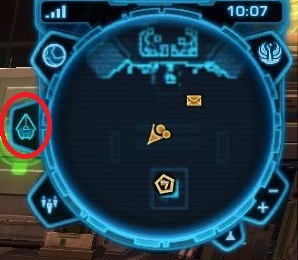 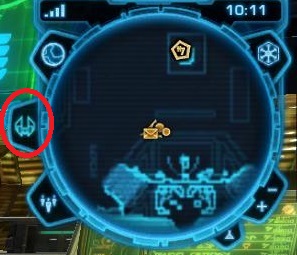 You will end up on the main GS page, where you will see five tabs: 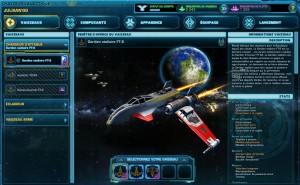 At the bottom of the hangar, you will find five spaceship slots. These are the ship choices you will have at the start of a fight and each time you respawn. However, it is not possible to have two versions of the same ship.

You thought it was enough to drive to be successful, eh? Well, screwed up, lobotomized bunch of ducks! You'll have to use your brain too. As much to say to you that it is not won! 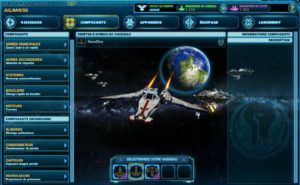 Two types of components are available :

The weapon and shield components will change the aesthetic of your ship slightly.

Each type of component will offer you several options, generally one or two being unlocked as a base, the following will be unlocked with Vessel Requisitions (VR). Each option itself has a talent tree, which will be accessible once the component is unlocked, and which you can upgrade with your VR. 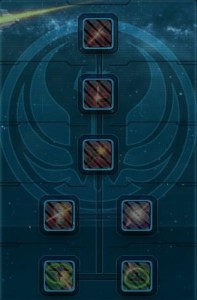 Each talent tree is unique for a component, so if you unlock the first tier of the heavy cannon it will not be unlocked for the other components. So think carefully about which components you want to improve before spending VR for nothing.

The last bearings of the shafts usually have two options. Unlocking this level allows you to choose one or the other, but not both at the same time.

Remark : if you do not have enough RV and you unlock a component or a shaft bearing, the game will directly tap on your Fleet Requisitions (RF). So beware of this. The game logically warns you of the conversion before validating it.

Note 2 : you will find in the Preferences / Hunter, an option allowing you to have detailed statistics on the main and secondary weapons. It's up to you to see if you want to dive into a whole bunch of numbers.

Do you want to play the fashion-victim here, do you think now is the time? A priori, the commanders of the Fleet think so, so if you wish, we will offer you different paintings for your ship, two being already unlocked, the third having to be bought with the Cartel market (you really believe that we have to what does it care to paint the ship?). You will also find several colors to choose from. 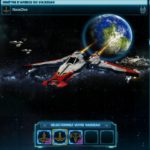 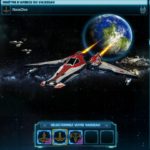 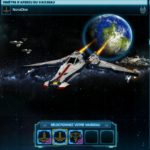 You can also customize the color of the blasters and the engine drag.

If I can give you some good veteran's advice, don't just rely on your piloting skills and your gear, your crew will also make a big contribution to your survival. To train your crew, you will be able to call your usual companions that you are used to working with during your missions on land, but you will also be able to count on new recruits trained for the occasion and only available for combat in the sea. 'space. If you wish, you can also unlock companions of other classes (of your faction) with RF. 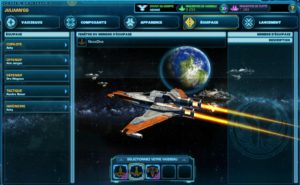 The co-pilot is to be chosen from the four companions that you will have already assigned to one of the other four positions. It is he who will give you your fourth active power available in combat. The other companions will give you passive bonuses, different depending on who gives them to you.

See the example, I chose Kendra Novar as my co-pilot, I take advantage of her two passive powers because she is in the Engineering position, and since she is my co-pilot, I also benefit from her active Interference power. . 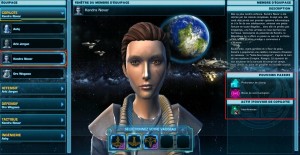 Your ships are ready, the Launch tab allows you to launch the game either solo or in a group. It should be noted that a priori, even if it is possible to launch the queue in a group of more than four players, the groups are separated. With my guild, we put together a group of six players, but the four in one group ended up in one game, and the fifth and I ended up in another. 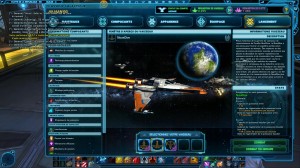 As we have already seen, two types of currencies are available for all your purchases:

You will find your Requisitions balance at the top in the Hangar menu. 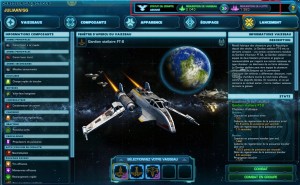 You'll find out quickly, earning RF is much slower than earning VR.

If you don't know what to do with your VR, you will also have the option of converting them to RF, with Cartel Coins. Click on the small circle and the two arrows to open the window. 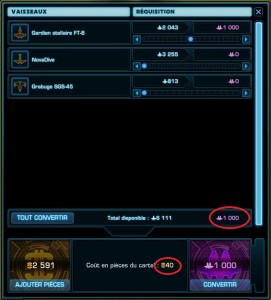 You control the movements of your ship with the camera. Z and S control the speed of the ship, and Q and D tilt it to the sides. X is used to stop it completely. The Space key activates the accelerators, as long as the ship has engine power in reserve, indicated on the HUD: 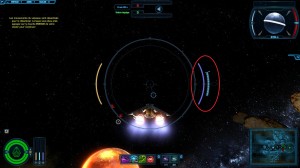 Maneuvers are special movements that you get with the motors component and can be activated with the 3 key. This skill also consumes motor power.

All the information you need will be accessible at a glance, rest assured. 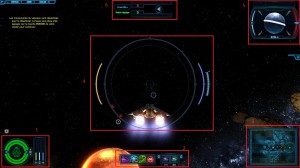 3. Map with objectives and enemies

In order to better adapt to combat situations, your ship allows you to manage your power reserves, with the keys F1 to F4, and identified by the indicator at the bottom left of the screen. 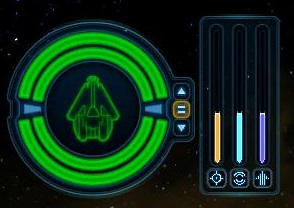 F4 = Balance : regeneration by default of all power tanks.

In the center of the screen you will find all the indicators you will need in combat. 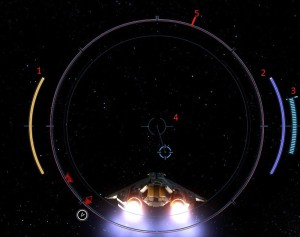 4. Aiming reticle, the position of your cursor, where your ship is pointed and where your weapons will fire.

5. Range of fire (the area in which your ship can fire)

In order to destroy an enemy, you must first target them.

Once you've targeted an enemy, you'll see two crosshairs for them. The first will always be in the center of that ship and will turn red if it is in range. The second indicator, the Lead indicator, shows you where you need to shoot in order to hit the target. 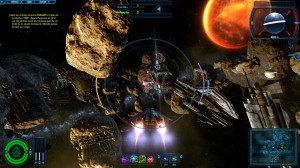 Your choice of systems, engines, shields, and co-pilot will give you additional abilities that can be used in combat.

In combat, abilities will be displayed on component-dependent locations and can be used using the number keys:

Some abilities will require you to have a target to use, some will not.

The icons for the positive and negative effects currently applied to you will appear above your shield indicator.

Special thanks Walan for the few translations that I took again ... without his permission, but after all, I'm the Captain, I do what I want!

Add a comment from SWTOR - GS: for apprentice pilots