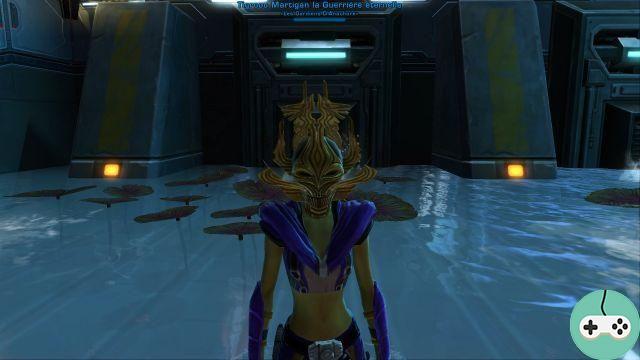 Hello I am Loni, Thief care of the Guardians of Anachore. With Tigroou, Maverick by nature, we want to tell you about the Darvannis mode 16 Nightmare bonus boss, the Hateful Entity, the "ultimate" boss in PvE mode 16 currently. 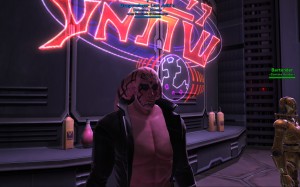 A quick summary of the terms used in this guide:

This is a boss similar to the first Asation bonus boss. It has two compulsory prerequisites (in addition to a group 16): 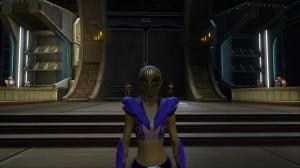 Once in the instance, you will have to kill the first two bosses in any Difficult or Nightmare mode in order to have the necessary tag (without exceeding it of course). Then, you have to enter the instance in Nightmare mode 16 and kill the trash that is between the boss Titan 6 and Slayer.

This boss requires a sustained amount of damage in order to fall, the habit of combat will help you a lot and gradually make the fight less demanding but we will talk about it later. An optimal team composition should give:

Be careful not to touch the adds that are at the top of the stairs in the cave as this is the point where the Hateful entity spawns.

The tank goes to the top of the stairs in the company of a part of the damage classes designated by the RL and all the healers.

The goal is to drop the adds at the same time below the 20% mark. Indeed, when they reach 20%, they will have a buff. At the end of the buff, they die instantly. It is therefore imperative that all adds drop below 20% at the same time to spawn the Hateful Entity.

No need to hurry on this preparatory phase, know that the boss does not appear automatically afterwards and that if you make the mistake of killing an add without having respected the strategy, you will have to take out the whole raid and reset the phase to kill new trash, it is slightly exhausting.

The bearer of the amulet (better if it is the tank) goes to the top of the stairs in front of the Hateful Entity and uses the amulet to make the critter appear.

Don't worry, the wearer of the amulet will take some damage then. 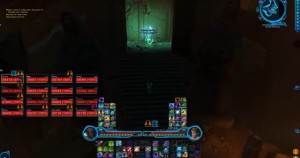 The earth trembles and there it is.

This fight can be likened to the other bonus boss since it will be necessary to constantly the kiter (therefore to make it run) on a path defined by the RL to take it progressively towards the closed portal of Titan 6. There is no no ultimate method or perfect path for this kite, just know that the tank can start the kite on the stairs and then choose to go directly to the cave or make a turn around the right pillar (these are the methods used by our group). The first method requires sustained damage, the second may wear out your nerves since it generates a period of out of range / visual for healers and ranged damage classes, therefore sometimes dead.

Regarding the movement of healers and distances, they must always be packed, to optimize travel and care. It will be necessary to define a leader or two who will set the pace of the movements and define the waypoints (and will sometimes have to adapt according to the boss's offsets). By that I mean that they will ask the group to stand for example at the bottom of the stairs at the start of the fight then against the wall, then move to such and such a place, etc. It is up to you to make your own experience, but know that it is a big responsibility because it gives the fighting rhythm of the whole group.

Still, the deceitful has some very nasty mechanics: 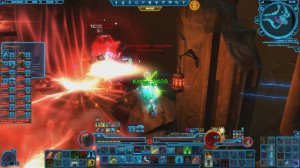 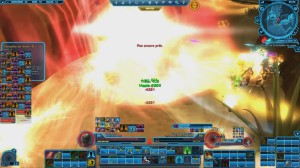 This spell occurs shortly before a grap phase usually every minute. All the distant ones dispell (dispel) alone when the debuff is set, the healers are assigned a melee with another distant in back up. The debuffs are random in number and type throughout the raid and I could observe that they were systematically on those who were closest to the boss, the melee. Be vigilant and do not hesitate to communicate a failure or an out of range / visual so that a dispell back up takes control.

Advice on the conduct of the fight

You can now see our first down of this boss via 3 Viewpoint:

Djah in Commando care assigned to the tank

Clearly this is the "ultimate" boss in raid 16. It is interesting in all positions: it requires perfect tanking, substantial damage with perfect placements, a group of competent healers. 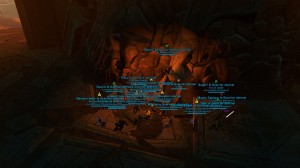 Regarding loot, this boss gives 4 Dread Masters Cretes. This helmet has the advantage of not deteriorating over the deaths. By equipping it, you will save repair credits. By killing this boss, you will also get the title: "Eternal Warrior" / "Eternal Warrior" 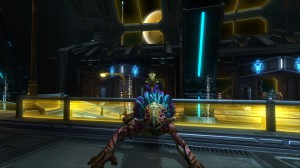 Do you want to be up to date and know all the tricks for your video games? In gamesmanagers.com we enjoy playing as much as you do and for that reason we offer you the best tricks, secrets or tips for you to play non-stop. We offer you quality content and always updated to keep you up to date. That's why, in our website, you will find not only videogame guides but also tricks, secrets and thousands of tips so you can play to the limit. Are you ready to get it? Enter now and enjoy your videogame!
Rift - New expansion: The Golden Prophecy ❯