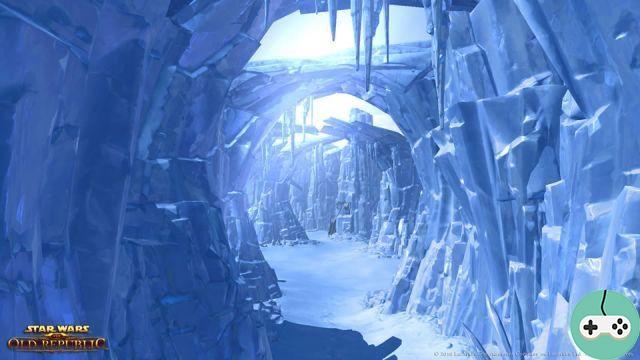 Here are the codex - bestiary entries you'll find on Hoth, the Frozen Planet. And leave the Tauntaun alive! Map of the planet with the place where you will find these species 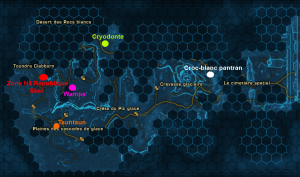 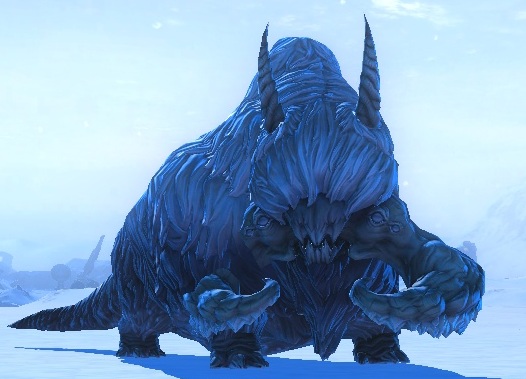 Approach a Cryodont at the precise entrance indicated by the map, other Cryodonts that you approach will not give you the entrance

On the inhospitable surface of the planet Hoth, herbivores need assets to survive. The large animals known as "cryodonts" live in herds and face the constant threat of hungry wampas and whitefangs. Unable to sow their natural predators, cryodonts can rely on their powerful hooves and thick curved horns, which can sweep away the most determined of hunters.

Regardless, the best natural benefits of the cryodont are its additional eyes. As with some species of arachnids, these secondary eyes are used exclusively to detect sudden changes in light, even the most inconspicuous of wampas find it difficult to take cryodonts by surprise. 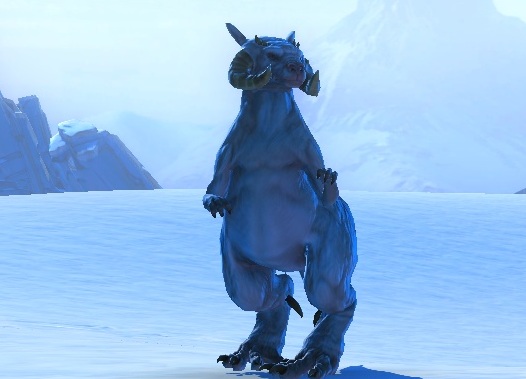 Approach a "Wild Tauntaun" at the precise entrance indicated by the card, the other tauntaun that you will approach will not give you the entrance

The tauntaun is an essential omnivorous reptomammal in the Hoth ecosystem. Not only is it a food source for wampas and whitefangs, but it aids in the natural development of the tundra by dispersing the rapidly growing lichen and moss to new areas. Scientists believe that Hoth's limited wildlife would soon become extinct if the tauntaun race were to become extinct.

For Republic, Empire and White Claw forces, tauntauns are primarily a means of transportation across the frozen plains. Adult tauntauns can reach speeds of up to ninety kilometer hours, leaving any opponent behind. The key, of course, is to be able to coax these difficult-tempered beasts. 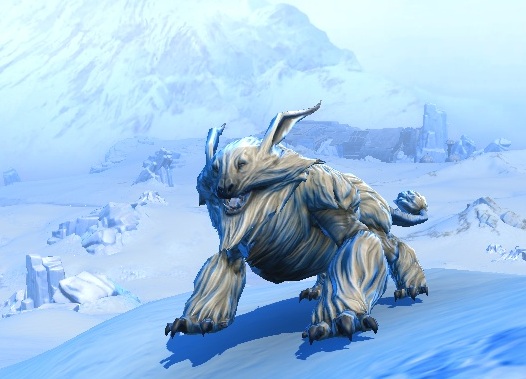 Agile and deadly felines, pantran whitefangs have the particularity of having a body full of muscles. These felines do not store fat and must constantly hunt. They are the only creatures on Hoth that can run as fast as a tauntaun.

Reckless crime lords have tried to train whitefangs in captivity to be guard animals. These experiences generally degenerated into disaster for trainers and animals alike. However, the charisma of these ferocious creatures in a duel to the death make the heyday of illegal arena fights. 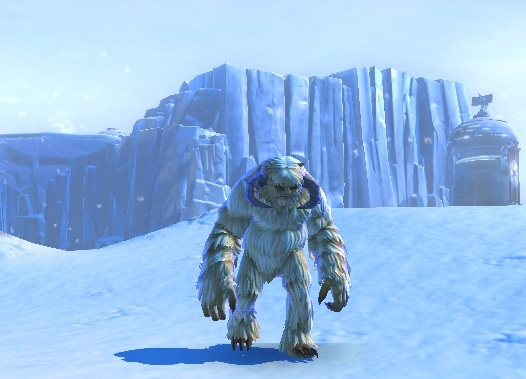 The terrifying wampas are Hoth's dominant predators. These surprisingly intelligent beasts represent a great danger to reckless walkers, especially near unexplored caves. More than one combat patrol has gone missing after taking shelter in a seemingly unoccupied ice lair. Among newcomers to the planet, horrific stories are circulating about these behemoths that can swallow up an entire man.

Even more frightening, wampas are fond of fresh meat and rarely kill their prey on the spot, preferring to stun or immobilize them. Future meals are brought back to their den and hung from the ceiling of the cave. Wampa victims can wait for the final blow for hours or even days. 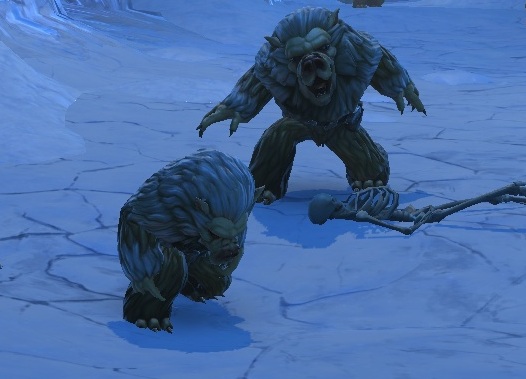 The first way is to do the quest Lord of the beasts, a bonus quest from Hoth, during this quest you will get Codex entry by killing a "Force Controlled Skel"

The second is to do the quest [Heroic 4] Snow Claw, I opted for this one since apparently I have already done the first means by the time I speak to you, and I have a screen of the beast to take! Here the beast to be killed will be "Vicious Skel Pack Leader" (Level 47 elite accompanied by two 47 fort: First pack when entering the phase)

Despite their unassuming stature, the wickedly intelligent Sekils could be a game-changer in the Triple War raging on Hoth. Hunting in packs and using primitive weapons, the Skels have adapted to survive on the frozen plains of Hoth. Their bony claws can dig into the harshest of ice, allowing them to unleash devastating surprise attacks.

Imperial strategists refuse to view the Skels as a threat, while Republic soldiers are encouraged to immediately report any gatherings of these creatures. Long before the Republic, Empire or White Claw arrived on Hoth, the Skels ruled the planet. It could be that these organized natives decide to exterminate the invaders.