Here are the Codex - Bestiary for Planet Hutta entries! Map of the planet with the place where you will find these species: 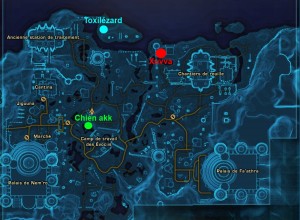 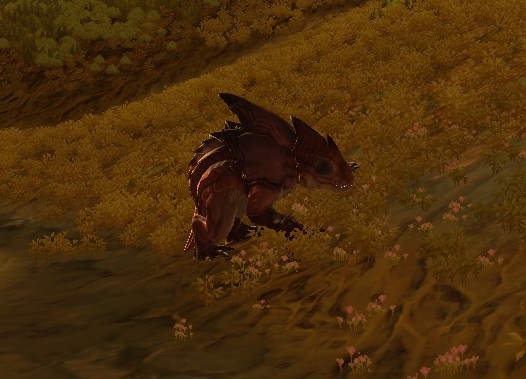 Loyal watchdogs, loyal companions and savage killers: with proper training, Akk dogs can do it all. Those brave enough to face these creatures will have to rub shoulders with a thick, scaly shell, shielding from the strongest blows, and jaws capable of shattering dursteel. Hailing from Haruun Kal, Akk Dogs are exported across the galaxy to serve many masters. In the wild, Akk dogs hunt in packs and attack prey reckless enough to explore their territory.

In addition to their breathtaking vigor, Akk dogs are said to be Force-sensitive. Recently, Jedi Master Sulan attempted to communicate with these creatures through Force binding exercises. The Jedi's efforts were unsuccessful the day a particularly hungry pack leader took the life of his padawan. 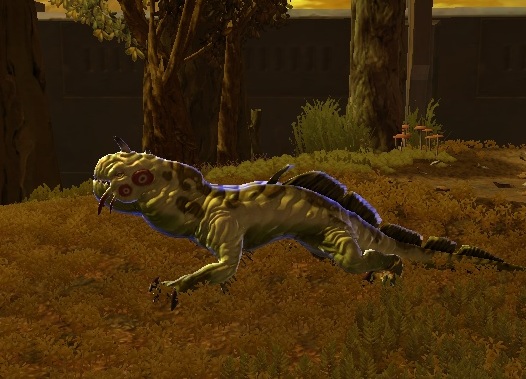 Most creatures avoid the polluted swamps of Hutta, but these huge reptiles feel like royalty there. Nicknamed "toxilites" by local workers, these predators have adapted to the contaminated area by absorbing various toxins, hence their colorful complexion and acidic saliva. Many people believe that these toxins are responsible for the wild, purple behavior of drug addicts.

Before undergoing their mutation, drug addicts were a delicacy of the Hutts called Orpali dragons. These rare reptiles were bred to kill them at a young age and traditionally serve them on a bed of frozen chubas. While Orpali dragons were on the menu for Bakuush the Hutt's centenary, babies escaped through the palace's sewers. Little by little, the lizards evolved, and although a Hutt attempted to taste one of these mutant versions, the result was found to be very unpalatable. 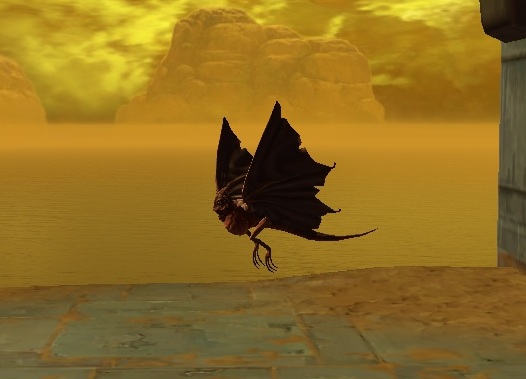 The beating of thick, bald wings is the last sound the victims of the terrible xuvvas hear. Their fangs bite with deadly precision, quickly immobilizing prey while filling their swollen stomachs. The creatures then return to flight to hunt for their next meal, using their horn-shaped antenna to detect electric fields. A lone xuvva can kill a seasoned hunter. A cloud can reduce an adult Hutt to a pile of bones in just a few minutes.

Unknown to the general public, the xuvvas are distant cousins ​​of the mynock, a much less dangerous species. Just like them, the xuvvas cling to electrical sources to pump energy from them. Ten years ago, a swarm of xuvvas spread enough current in an underground conduit to plunge half of Jiguuna into darkness. In a fit of rage, Nem'ro the Hutt offered a reward for their deaths, but quickly changed his mind, seeing his palace overwhelmed by countless corpses of xuvvas.