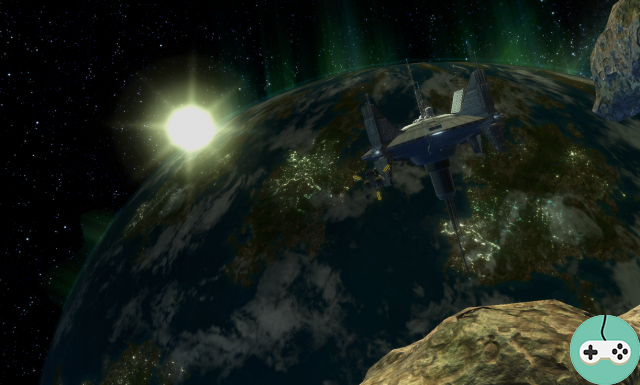 During the Mandalorian Wars, a refugee shuttle crashed on an unknown planet on the edge of the Hutt sector. The occupants of this shuttle were mostly businessmen, of a social level high enough to have the necessary equipment that would allow them to be rescued quickly. But they didn't just sit around and wait. Under the direction of Semako Thalien, they studied the field. And when peace is restored, they will benefit from the exploitation of the planet's mineral resources for half a century. Then these business leaders began to think that the local climate was very mild and deserved the construction of a few second homes. Who quickly became mainstream, a neutral world escaping many laws of the Republic has everything it takes to become a tax haven. And that's how the world known as Makeb developed. 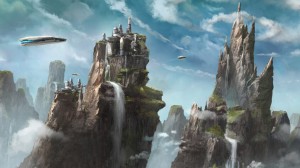 Makeb is an oceanic planet, with large electromagnetic interference fields in its atmosphere and various one-of-a-kind anomalies that have spawned huge pillars that spring from the waters to become large plateaus and many mesas to live on. It is on them that the mining operations are installed, but also the local towns and the plantations of the largest landowners on the planet. The capital is in Talaos City, where the Business Council sits. Which functions as a large board of directors on which the heads of the biggest companies on the planet sit. Talaos City was built on the mesa where the refugee shuttle that was the basis of all the colonization of the planet crashed. When it was founded, the inhabitants wanted to keep possible industrial centers away, so as not to spoil the view and the atmosphere. The capital is therefore the main center of commerce and banking on the planet. 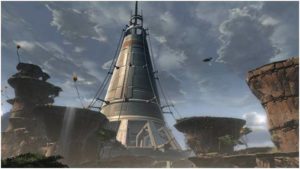 Electromagnetic interference from the atmosphere disturbs many computing devices. It's insignificant in terms of mesas and plateaus, but a ship that wanted to cross it to land would be much more likely to crash. There are many ways to protect yourself, but it is not profitable to mount such a device in series when it only concerns one planet. They are installed on a few private shuttles and vessels, and another method has been developed. Several space stations have been installed in orbit, linked to the surface by elevators. All baptized Hooks of weightlessness. This is where goods and most visitors pass. So here the security is the strongest. But in the same sense that most people understand it. Individuals of such high standing as the inhabitants of Makeb do not enlist in the police or the army (unless they are assured of a compulsory high-ranking command). Anyone who acts as a guard on the planet is therefore a mercenary. 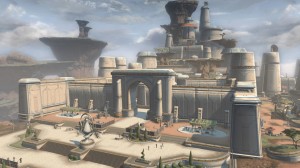 While Makeb's transformation into a tax haven slowed down mining operations, it did not stop them. Under the traditional mining resources, a new one will be discovered. By reaching the core of the planet, a material dubbed Isotope 5 is extracted. Toborro, the new Supreme Mogul of the Hut Cartel, those formidable and powerful neighbors, has found use in it. But his demands are too extravagant, and the Business Council is not interested in following this path. So Toborro and his lieutenants corrupt the Regulators, these mercenaries then in charge of security. 13 years after the Treaty of Coruscant, the Hut Cartel annexed Makeb by force. The great citizens who did not want to collaborate were expelled from their palaces and their domains, so that the Hutts could settle there. The mines began to run at full speed, drawing isotope 5. But attacking the core of a planet in this way, with so much determination, can only make it unstable. And several series of earthquakes began to threaten several of the mesas and plateaus of the planet. 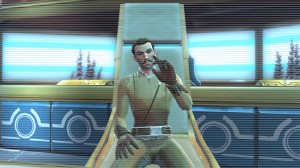 The Business Council has been beheaded, but is not yet dead. He reorganized himself around Shalim Avesta, boss of the Corporation des Mines Avesta, who willingly presents himself as the President of Makeb. The resistance to the Hutts now operates around his family. Having no resources to fight, he decided to appeal to the Republic. His proposal is clear: Makeb and all the taxable resources of its businessmen join the Republic, but for that it is necessary that his camp remains at the head of the planet. The rescue team found it was too late, that the damage caused by the Hutts was too deep. Evacuation was inevitable. The Empire took the opportunity to win the bet. Under the orders of Darth Marr, in the greatest secrecy, they succeeded in stabilizing the planet and eliminating the last Hutts left by the Republic. They can therefore recover isotope 5 in turn, but at a less cannibalistic and destructive rate. The Republic has observed the survival of this planet that it believed doomed, but cannot yet explain it.

Do you want to be up to date and know all the tricks for your video games? In gamesmanagers.com we enjoy playing as much as you do and for that reason we offer you the best tricks, secrets or tips for you to play non-stop. We offer you quality content and always updated to keep you up to date. That's why, in our website, you will find not only videogame guides but also tricks, secrets and thousands of tips so you can play to the limit. Are you ready to get it? Enter now and enjoy your videogame!
SWTOR - PVF - The Leviathan of the Abyss Guild ❯

Add a comment from SWTOR - In the shadow of the Hutts