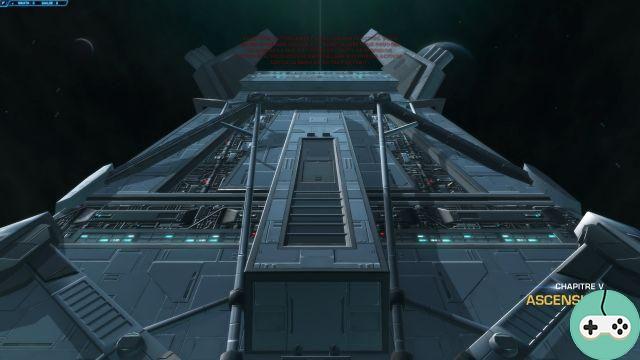 After our chat with Scorpion, ARIES regains control and we understand that he doesn't think we are up to his war games. So he tries to eliminate us by blocking the passage and sending us droids. Fortunately, after defeating them, Vette helps us and unlocks the door. So we go to join the others to warn them that ARIES no longer considers us worthy of interest and has seriously decided to eliminate us. 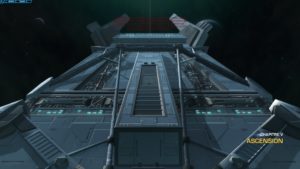 At the same time, Scorpio, a prisoner of a cell, managed to escape and lure her jailer. As the latter tries to eliminate him, he realizes that it has no effect, as he was addressing a hologram. 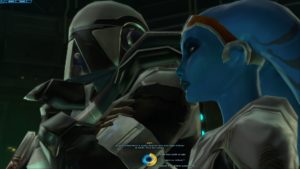 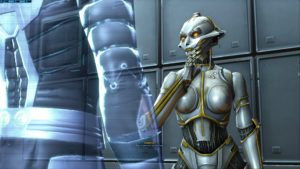 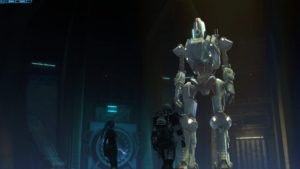 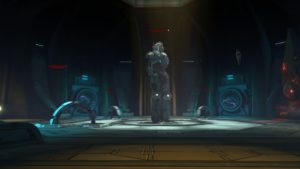 We then arrive in a room where there is a war colossus droid. A new console allows us to contact Scorpion. She tells us that Vaylin has managed to escape and that she is trying to take back the Eternal Fleet. This will act as a diversion while we attempt to kill ARIES. But that is not enough, because the latter activates the colossus droid, which we must therefore face.

The fight is pretty quick. You have to start by destroying the three energy conduits around the droid so that it stops being powered and can be attacked directly. When it is done, it becomes inert and we can eliminate it quickly. After a while, Repair Droids activate the energy conduits again. Either destroy the droids in time or start over with the energy conduits. After that, all you have to do is finish the Colossus Droid which should already be close to 30% of its health points. 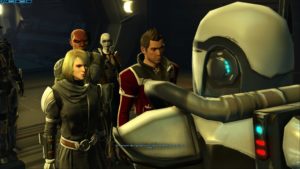 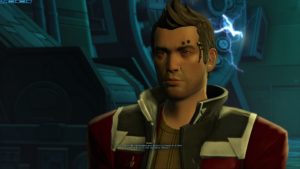 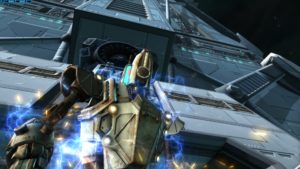 When this threat is eliminated, Lana and her party join us, guided by the sounds of our clash. The room does not offer a visible exit and even though Theron offers to bring in his personal shuttle by guiding it through his cybernetic implants, a problem arises: How do you get out safely with all the droids attacking? The solution will come from the colossus droid. We take control and smash the windows in the ceiling to get out.

It will then be necessary to take care of the army of droids. Five capacities are available. The first two are a shot that deals area damage and a stomp, similar to walkers for the latter. The next two allow you to load and use missiles while the last one allows you to repair the droid. Only two abilities are required. The first which is enough to destroy all enemies without moving or almost and repair, because their damage is too high to do without. Otherwise there shouldn't be any difficulty here as looping the first shot instantly kills all the little droids.

After several waves, Theron's ship arrives and we flee. Unfortunately, Iokath is shielded and ARIES pierces our defenses and materializes in the ship. But this mechanic will cost him dearly, because Scorpion takes the opportunity to locate his location. We are therefore going to pay him a little visit. 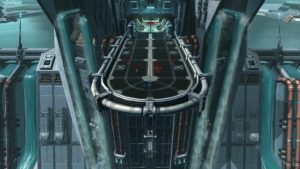 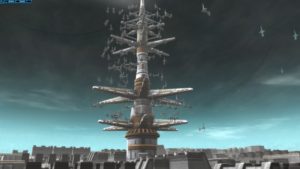 Meanwhile, Vaylin has taken control of his fleet, but is also blocked by the shield. She asks her GEMINI droids to infiltrate an Iokath droid and learns that the weapon will trigger again. At the same time, the cenotaph was also freed from ARIES when Vaylin freed his fleet. So Theron is off to pick it up while we face off ARIES. The combat is very simple and you can probably switch your partner to dps to speed up the movement, not having taken particularly dangerous damage. ARIES has three capacities. The first is a damage area centered on him that can be interrupted. The second is the laser barrage, which poses small areas of damage that must be removed (there is plenty of time). The last summons two tentacles on the side whose energy cores must be destroyed to remove the boss's protection, while dodging the lasers that roam the room. 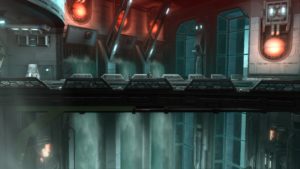 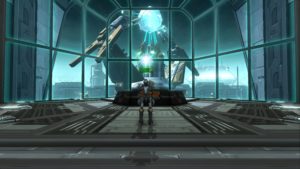 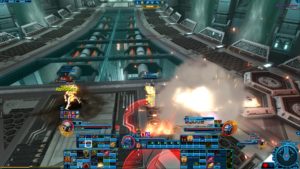 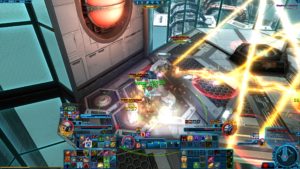 After defeating him, we try to deactivate the weapon, but without success. ARIES gets up to kill us, but Scorpion intervenes and eliminates him, permanently. She then deactivates the weapon and shield and asks us to let her merge with Iokath. We refuse and eliminate her despite the fact that she has just saved us. 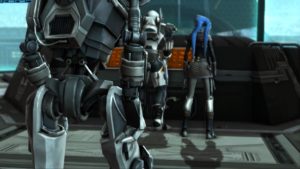 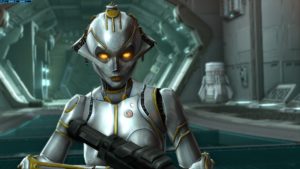 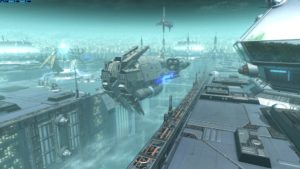 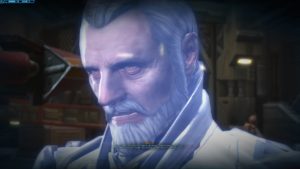 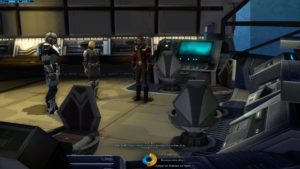 Scorpio remains a danger given its past and it is impossible to let such a threat put us in peril by taking control of a planet so mysterious and dangerous because of the number of existing weapons. We then set off to escape the weapon overload while Vaylin once again deprives the GEMINIs of their free will by resetting their settings thanks to this droid retrieved from Iokath.