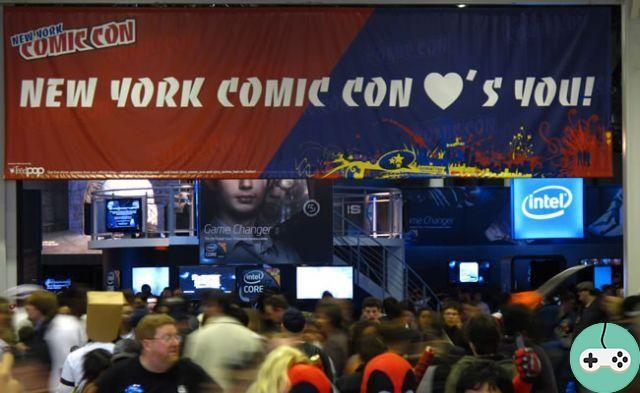 The DarkHater site did a live follow-up of the panel that just took place at Comic Con.

- 2:40: Stephen Reid starts the panel. A video is shown, the video about the Return. There are the 3 clips, with narration by Satele and Malgus.

- 2:43: The video ends, Reid returns to the stage to greet people at Comic Con. The first of two panels, this one the official and the second, sponsored by MMORPG.com with a Question & Answers. He introduces the team on the stage.

- 2:46: Drew Karpyshyn will be present during the second panel. Reid gives a general summary of the game. The SWTOR MMORPG takes place 3000 years before the movies, 300 years after KOTOR. He recaps the 3 trailers. Each class has several hundred hours of play. The story continues in the game itself. No duplicate quests between classes. In addition, the quests of the World.

- 2:50: Reid explains that the BioWare team in Austin is 100% dedicated to SWTOR. Cory Butler introduces himself - online gaming services to make it work. Hundreds of people are playing right now, across North America and Europe, with a total of 4.8 million hours of play time for testers.

- 2:52: Reid explains that there is an average of 200 forum posts per week. Community teams are between players and developers. They are the voice of the developers.

- 2:53: Daniel Erickson: 15, this is the number of Flashpoints that will be available at launch. All of these dungeons are fully scripted.

- 2:59: James Ohlen: the number of war zones at launch: 3. Information on Voidstar, Satele Shan presents a video. Voidstar is inspired by episode 4, based on objectives, each side attacks in turn (assault type). Video is shown. There are 4 objectives.

- 3:03: James Ohlen talks about fleets of spaceship as a social zone. Fleets are the main point for launching war zones, trading, and top sellers. The Collector's Edition offers access to a VIP area in the fleet.

- 3:06: The questions and answers begin. Drew Karpyshyn joins the team on the stage.

- 3:08: During the development of the game during the last months, the boss fights have become more complex.

- 3:09: Question about balance on PVP worlds when there is a faction or population imbalance. Answer: impossible to answer at the moment.

- 3:10: Question: is there a dungeon finder? Response from James Ohlen: we are working on its implementation but it is not yet present in the game.

- 3:11: Question: Is there anything that has been announced previously that will not be ready for launch? Response from James Ohlen: We do not make an announcement if it is not ready, we are careful.

- 3:14: Question: Is there a possibility to buy valuable ranks with money? Answer: not at the moment.

- 3:15: James Ohlen: The visual change of moral choices is in the game. We don't want to put abilities based on moral choices, maybe later.

3:19: Question: the definition of the roles of tanks? James Ohlen: We're going to explain roles in the interface better, trying to add some information on what roles can do.

- 3:22: Drew Karpyshyn: Everyone should read Revan's news, it's not only the transition between the two games, it will also explain the whole story of the Emperor.

- 3:24: Reid: We had a moment planned to announce the release date of the game here, instead we give you a new trailer for the game. With the voice over of Satele, a view from the player , a preview of the in-game model of a Hope Squadron soldier. The game on Illum, great landscapes, the open PVP world. The video is over. Reid returns.

Adding : video of the event offered by the MMORPG.COM site.