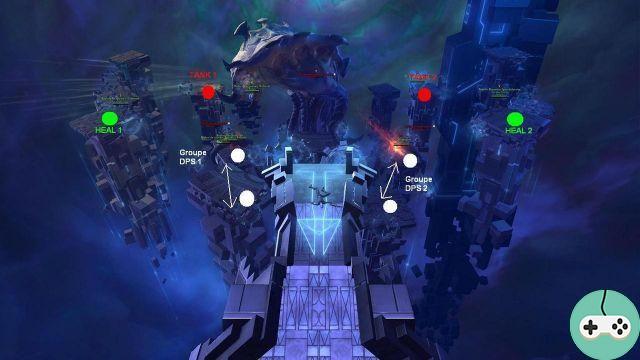 Hello everyone, let me introduce myself, Oberoth, Sniper of the Raiders Guild on the Darth Nihilus server. Our guild focused on PVE HL offers you a little helping hand to defeat Asation in Story Mode. This strategy is from Tilchet (Assassin Tank) as well as Ner'zhul (Sorcerer healer) for illustrations. Your servant, Oberoth, is in the editorial staff. 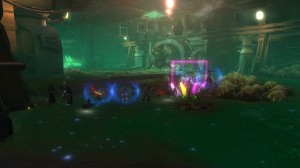 This first instance boss is not very complicated in story mode, although there are some basic mechanics to consider. The boss is placed with his back to the operation group, with a non-compulsory switch (exchange) of the tank every 3 incubation accumulations. You always need a tank in contact to prevent the boss from hitting everyone with his spit (tank specialist or tank pest seems to be best).

It spawns small adds accompanied by a larger add, "the jealous evil". And yes, the boss is a female then. During this pop, an area of ​​red “pheromone” will appear on the ground. You have to attract these adds in order to place them in this area, then kill them as quickly as possible. This area considerably reduces the damage inflicted by mother's offspring. The higher the number of incubations (the debuff on the tank), the more additions there will be. 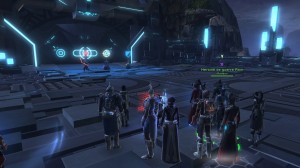 Made in 16 (the 8 being almost identical)

For this boss, it is important to observe each specificity of the three guards. Indeed, like the 3 droids of Directive 7 or the 3 boarding team soldiers, these are complementary. You will have to kill the wizard first, then the marauder and finally the assassin.

During the sorcerer's DPS phase, his marauder buddy comes to help him with a shield. It is then necessary to kick (interrupt) and burst (hit quickly and hard) the marauder so that his shield disappears from the sorcerer who is immediately returned to type. Some loose information: 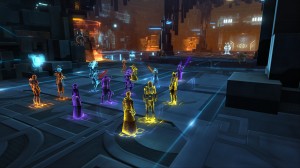 We will have to make the operator appear in order to be able to kill him. To do this, you have to destroy 8 data cores using color recognition: under the boss there is a colored area, this indicates who should be there. I would say you need either an RDPS or a tank in it.

In addition to that there is a tablet to activate (well stay the time of the incantation on it). Once done, two nuclei become vulnerable. We must therefore hurry to type them while one of the members of the raid remains on the console that he continues to activate. If the cores haven't fallen fast enough, a champion will arrive. During this phase, add arrives, trying to prevent the click on the console, it is therefore necessary to retaunt, grap etc ... so that they do not affect the player of the console.

Phase 2: Once the cores are destroyed

The boss appears, so you have to type it quickly. Every 10% it spawns a shield and colored marks around it. Each member with a color must go to the one that corresponds to it. During this period, he casts a spell and if the colors aren't done quickly enough, it is the death of the weaker living members of the raid, who will have deserved it anyway.

Kephess: Still him but he took steroids. 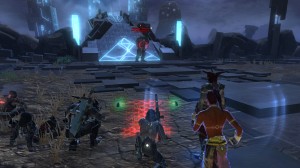 A very nice boss to do, a little pole on the edges, you have to send him full face from the start.

Kephess targets a player and sends him a kind of flamethrower, the ideal is for the targeted player to rush to the level of the boss exit so as not to hit the other players in the raid.

Kephess then jumps in the air to land on a random player (persistent red circle), he leaves behind an area that grows and turns blue (to be avoided).

During the battle, players with an orange icon (a kind of flame thrower) will have to destroy pillars that appear at the 4 corners of the room. These grant extra power to the boss, so it should be done quickly.

Finally the last phase is a real butchery. Kephess bends his knees slightly and sends orange tracer missiles around you. It's raining Napalm everywhere, the missiles do areas on the ground as well as area damage so send big, big damage (burst). Among the Raiders, we fell the first time in raid 16 but lost a dozen members in this phase, enjoyable!

For normal Kephess, although the nag method in phase 2 works, there are some subtleties to this fight. Indeed, the destruction of the turrets triggers some interesting mechanics:

Finally, in phase 3, no need to run everywhere all the time, a large part of the damage is not avoidable anyway. Only the areas on the ground are (a priori, seen that in normal they are only 5k) to be avoided. This phase suddenly becomes much less chaotic. The only priority is to stay far enough apart from each other so as not to be obstructed by your neighbor's area. 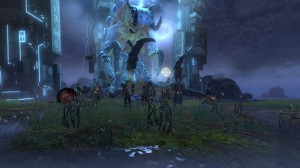 Here is the main course of this new operation concocted by Bioware. Here, you don't have to be the server's biggest DPS, only coordination and placement count. 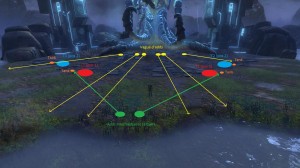 2 tentacles arrive, about 20m apart from each other. Each must be tanked. They must be directed outwards due to a cleave / crush (damage in a forward cone). They must be DPS: 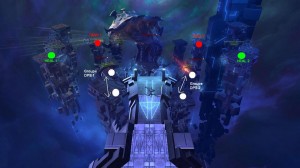 ) stay high to heal since this phase allows all members of the raid to have a range of 60 meters. DPS (

) take the lateral vortices at the start in order to arrive below as close as possible to the tentacles.

On the platform of a tentacle, you must do the maximum damage in order to kill it (2 dps per tentacle). When it rises, you ABSOLUTELY have to take one of the vortices to change the platform and then come back when it is lowered.

The boss must be tanked by the 2 tanks and they will exchange the aggro on the big casting spell called "CRIS". Note that tanks must be at least 60% of their life to not be swept away by the "CRIS". 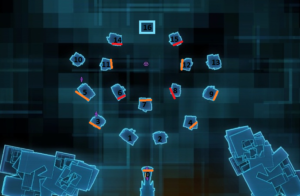 You have to do a huge BURST DPS on the boss who admits defeat to 3% of his life.

There you go, hoping that this strategy can help some of you, it is obvious that it deserves to be refined and modified since the operation is still very recent. In normal mode, the last boss turns out to be the toughest, but we noticed a real effort from Bioware in terms of the very clean environment of this instance.

Thanks to everyone for reading and thanks to Onidra for his kindness.


Do you want to be up to date and know all the tricks for your video games? In gamesmanagers.com we enjoy playing as much as you do and for that reason we offer you the best tricks, secrets or tips for you to play non-stop. We offer you quality content and always updated to keep you up to date. That's why, in our website, you will find not only videogame guides but also tricks, secrets and thousands of tips so you can play to the limit. Are you ready to get it? Enter now and enjoy your videogame!
Super Bomberman R - When our heart goes boom. ❯

SWTOR - The Datacrons on Belsavis

Deponia - Rufus is embedded on the PS4!

Add a comment from SWTOR - Nightmare from elsewhere, story mode