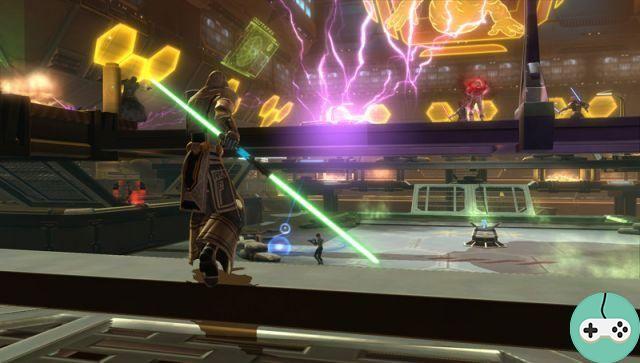 Firestar, from the Darth Nihilus server, offers you this short guide, primarily targeted at PvP beginners, with advice for War Zones and Arenas.

Having returned to the game a few weeks ago, I realized a glaring lack of knowledge of the basics of PvP. Here is this guide to give the most beginners some basics for War Zones and Arenas.

To begin with, who am I? (and yes, who is this heavy who wants to give lessons?). I have a fairly extensive experience with MMOs since I have been playing for ten years now. For those who want to know, I started MMOs with World of Warcraft under Vanilla. I started SWTOR upon release and after completing the high-level content took a two-year hiatus continuing to play different games (still with a PvP perspective of course).

Now that the introductions are done, let's get to the heart of the matter. I will state the strategies for the War Zones first, then those for the Arenas depending on the composition of the groups (keep in mind that this is a guide for beginners, advanced players are expected to know how to adapt with it. their composition).

As this is a guide for beginners, I will explain the anglicisms that you can hear or read in the game and some basics of MMOs in general.

PS: we do not repeat it enough, bind your spells. I see way too many mouse clickers! For those new to the binds, here is a video that will help you. Keep in mind, however, that your binds are yours, so find a guideline that is unique to you.

THINK ABOUT BINDING YOUR TARGETING! This will allow you to define a focus without clicking on the portrait and quickly change the focus during swap! To do this, Preferences -> Key assignment -> Targeting. I really insist on this bind! Two tips in the settings to be optimal:

With these two settings, your gameplay will be smoother. 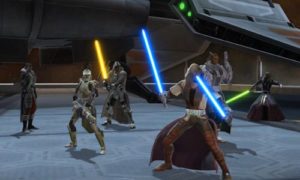 Not much to say, it's quite simple since you just have to drop the ball in the opposing court. Basically, try to take advantage from the start. How? 'Or' What ?

I advise tanks to put protection on a shadow first and the latter will recover the ball in the middle with the support of the tank while the rest of the team chooses a wing.

When the match starts, my shadow friends, don't waste your force speed immediately, use it in front of the poison pool so you can jump over it and hit the ball first. At this point, launch your deflection and your stims to stay alive the time to pass to a teammate (those on the wings!). For the rest, remember to navigate the ball well. I think the kings of this war zone are the Ravagers (2 see 3 charges, that's the job), and the scholars (a grapple on the allies is just OMG! Trying to grab the bullet carriers to pass the flames, all that stuff). 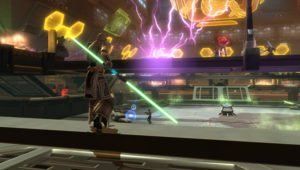 Stop defending when your team can't get a second point, it's no use! You can defend this point well, if you don't have a second, it's lost! So if you see that your team is struggling to take a second point, go help them and try to get the opposing team moving so that it is easier to capture.

Always remember to announce the incs and if possible the number of people attacking (N 3 = snow 3 people, for example).

Stop capturing at 4/5. Let one or two people capture and defend them. If everyone tries the capture, a damage zone and presto, capture is complete! Whereas if two people capture, the other two can control the opponent during this time (this also goes for the war zone of the doors and the bombing).

The classes best suited for defense are stealth since you can stun and call for help if it ever attacks, without blowing yourself up.

The kings of this BG are undoubtedly the stealthy, best defenders. And if there are several of you, you can always sneaky tag the enemy's lack of attention. 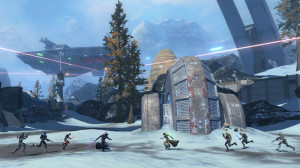 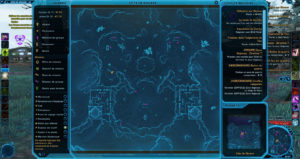 Well here, there is hardly anything to say, since the war zones are in random teams. The main body in the middle and a stealth that will capture your nearest point (west Republic, east Empire).

Ah yes ! The sneaky tag in the middle! If you are stealthy, go as fast as possible to the middle by stealth inside the capture zone and stick against the opponent's wall to start capturing during the fights. If the opposing team is not too careful, it can pass.

For defense or sneaky attack, use the same strategy as for Alderaan, since the two war zones are quite similar. 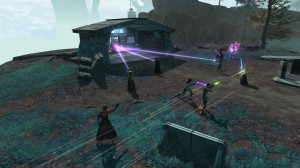 Once again, it is our stealthy friends who are in the spotlight here. When attacking, try to group on one side and let two or three of your stealthy friends capture the other door. If this technique doesn't work, try pulling the opposing team away from the door so that someone captures it behind their back.

Here, no particular defensive strategy, try to distribute yourself in a balanced way to be prepared for any eventuality.

Last tip, you can always try a lightning catch on the first gate, a mass stealth and go. Arriving at 8 on the least defended door is a guaranteed tag (good luck to have good coordination with a random team)! 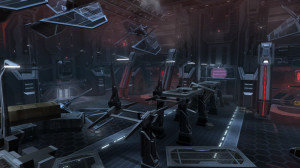 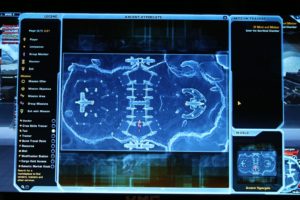 This war zone makes me laugh, most people have not understood the tactics to adopt. So you have a timer. During this one, you must bring the cubes from the center to your pylon to give points to your team (you gain points when you kill an opponent so avoid dying stupidly)! At the end of the timer, your pylon explodes and the points scored during the phases are then awarded to your team.

The 1st team with 600 points wins. PYLONS DON'T GIVE POINTS.

Starting from this principle, two ways of playing are applicable: playing the middle or the double catch. If the fights are in your favor, take control of the middle and score as many cubes as possible, your team will naturally have more points. In the opposite case (you lose the fights), no need to impale yourself in the middle to give points. Instead, let two or three strong people attract as much of the opposing team as possible in the middle and go capture at home.

Keep several points in mind: a stealth will always be the best defender possible (for the same reasons as in previous war zones) and always position yourself so that you can see the entire pylon when defending. In the event of a sneaky attack from the opposing pylon, try to capture when the timer is low. Capturing while there is 1 minute 30 left in the round is useless since the opposing team has time to recover by bus. 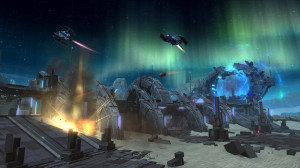 So much for the strategic bases of the War Zones. Remember that even if you are a damage class you can still taunt (for classes with taunts obviously), you can't imagine how healers are going to love you! Also always remember to mark the opposing healers.

First, think about seeing which team has the most stun / bump / stealth / taunt spells, it will help with the strategy to put in place and especially where to start the fights (forget the bridges / bridges if you don't. have no bump).

The different compositions that you can meet

This composition is relatively easy to manage. If the healer has no protection, your tank will assist your damage class to drop it quickly (try to stay together so the tank can both support damage classes and defend enemy targeting).

Here the protection will generally be on the healer so a piece of advice: leave him alone! Find the easiest damage class to take down. Your tank must take care of the opposing healer by preventing him from casting his spells and your damage class must fall the least well equipped in the face. From there, it's like dominoes, it happens! Keep the person with the protection for last.

Mirror composition, here the children it will be won in the trenches! Everyone has to get started, no one takes naps! The goal will be to fall the opposing person without protection! Here only the stun rotations coupled with the damage phases will get the better of the opponent! Good luck ! Keep cool!

Here I recommend the tank on a healer to prevent him from casting his spells and the rest to target a healer or dps. It's up to you to define what will be the easiest to fall!

Avoid hitting the guy with the protection and it should be easily won.

Composition underestimated in my opinion, since they have a tank in interrupt mode which will stick one of your healers to prevent him from casting spells and a tank which will be able to defend yours. In addition, they have a double protection (it is at the same time their strength and their weakness!). Try to stay grouped like this, your damage zones will hit the entire opposing team!

Easily won if you don't let the burst surprise you. 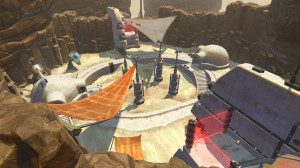 If you have more healers or more tanks in your team, too bad ^^ (I won't dwell on it since I don't see the need for it, it's too rare).

So my composition is

Voila voila, I hope this guide will help you! This is my first guide so sorry if I left out some details, I wrote it down quite quickly. I will try to improve the guide with any constructive feedback I may have. I think everything I have said will seem logical to some but please be indulgent! Thanks for reading me.

If you ever want to join me in-game for more details, contact FIRESTAR (Republic) or TROPICO (Empire) on the Darth Nihilus server. May the force be with you !

Ah yes ! a little tip for the end, avoid stun if a stun spell is already applied to the target! Try to rotate to block the opponent.