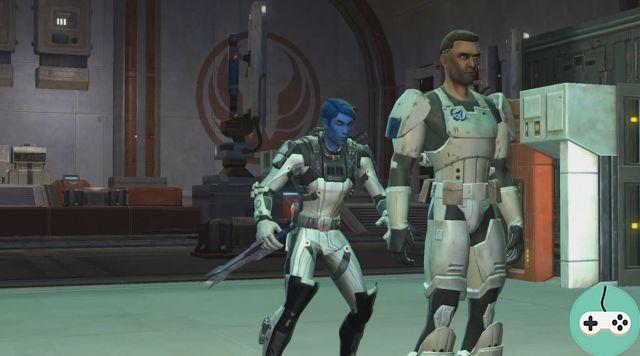 My name is Leni and I'm a sniper on Battle Meditation and I'll show you my take on PvP with this class (PvE will surely come later). 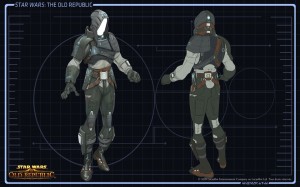 As a sniper, specialized in distance shooting, the sniper or more simply the sniper, is there to hurt to see very badly. Only it's not a contact class, the way of playing is different. The goal for the sniper is to remain discreet and to hurt without being visible because as soon as a person (or even worse 2) attacks us, we take a lot of damage. 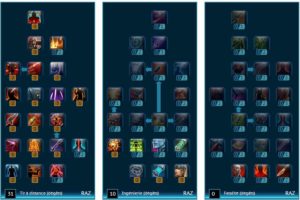 In 1vs1 (same equipment), the sniper is strong against Contact Classes (CaC). So, rule one, always watch if anyone has noticed you. Second rule, as soon as a CaC notices you, pass on it: the time it comes towards you, use entrenchment (immunizes against stuns) and series of fire.

If the ambush (1.5s) has proced, use it, it will push back the poor CaC who had just arrived on you. Otherwise weakening and ambush (2.5s) and it will still push the dps back before it does any damage to us.

At that moment the dps becomes angry (he gets angry ^^) so an easy prey: a shot in the legs to immobilize him then:

And since the dps (if it's still alive) comes back to you, use a little cover pulse to put it back at a distance and finish it quietly ^^

If it is not a CaC who spotted you, immediately start dps the one who spotted you otherwise you will not survive long. Use smoke then serial fire and ambush, and, to enhance the whole, the explosive probe and continuity should be enough to impress (10.000 damage approximately in 6-7s). Either it continues to do damage to you and a fight to the death begins, or it retreats and you can resume your dps as before. 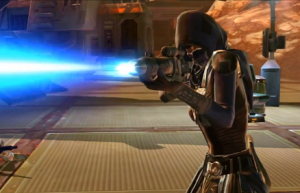 In 1vs several, the retrenchment becomes mandatory if we do not want to be stunned in a loop and die without doing anything. After entrenchment, an orbital strike is required ^^ (if several CaC on you, otherwise where you think it will do the most damage). Remember to use sniper volley (not to waste too much energy) then the shield probe (to keep a maximum of life ^^) because as soon as you die the orbital strike disappears. While the orbital strike does damage, we can take a little time to slam his medipack and his evasion which can be used and as soon as that is done, we kill the one with the least health.

Remember: the goal is to play the most dps goals. There is no point in losing and having the most dps, is it better to win and have less dps?

Thanks for reading me and see you soon!

Add a comment from SWTOR - Sniper PvP at a Glance