My frantic wanderings across the galaxy led me to visit "so many planets"that I had to draw up a simple account of it one day. That day came and after the second here is the third of its parts which will count ... several others ^^ After having set foot on the peaceful lands of Tython and tortured by Korriban, logic wanted me to tread this time on other lands having the privilege of seeing the birth of the multiple heroes of our wonderful galaxy: Hutta and the not least Ord Mantell.

CAUTION SPOILERS: DO NOT GO FURTHER IF YOU DON'T WANT TO BE EXPOSED TO REVELATIONS ABOUT YOUR CHARACTER STORIES. 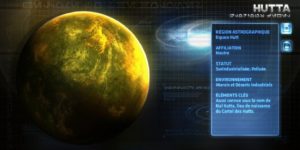 Sordid planet with the air cleverly polluted by Hutt industries, Hutta is politically and militarily divided between two Hutts whose (criminal) activities lead them to continually oppose: Nem'ro and Fa'athra. Upon arriving on this planet, our character is immediately hired by Nem'ro and this will lead him to continue his quest for class: while the Imperial Agent will have to find a way to influence Nem'ro's entourage in order to get them to ally themselves with the Empire, especially for its resources and for its cultural diversity, let's be clear, the Bounty Hunter will have to succeed in being sponsored by Nem'ro in order to participate in The Great Hunt. He will thus have to prove his effectiveness by putting an end to the life of some annoying people for the Hutt. Or not of course, because the bounty hunter is because of his first playmate the charming Mako, the Empire class most inclined to fall on the light side.


Unlike the beginner classes on Korriban, you do not play as a real "bad guy" of SWTOR. On the Bounty Hunter side, your objective is more victory and enrichment that goes with (and why have a love affair with Mako) by any means gratuitous wickedness, cruelty or revenge. And often this goal of gain goes through a policy of compromise in order to get paid by as many people as possible. You will be able to let go of a victim for money, make sure to make up a body that was lying in the corner and still receive the bonus. Finally morality is safe and in addition the money flows freely and you please Mako who will surely thank you later for your kindness (I put the conditional having played a Bounty Hunter I have no hope of concluding with her for the moment) what more could you ask for?

On the Imperial Agent side, it's downright the role of James Bond that you will embody in this beginning of the mission. Charm is your main asset in almost all of your quests at the same level as infiltration. If you later choose the advanced secret agent class you will embody even deeper an OO7 from space, the Setni from Star Wars ... . Moral question it is for me the character who made me doubt the most in the obscure or clear choices. As much with my Bounty Hunter I could only have a good background (but financially interested anyway) as much with my agent, I don't seem to follow a linear voice to one side or the other. I play it like my other avatars by hiding the consequences of my choices and finally at level 19, it remains very neutral. It is also the lot of James Bond finally: having to make the choice to thwart the plans of enemies of the Queen not necessarily all bad for the sole purpose of saving the British Empire and the world. Replace the Queen with the Emperor and you end up with the same existential question: to be or not to be a good soldier of the Empire?


For these 2 classes Hutta remains only the place of the beginning of your adventure and you will not have to take any particular actions to obtain your first companion. The Bounty Hunter after securing his place in the Great Hunt will go to Dromund Kaas to hunt down new targets while suffering the low blows of his eternal rival, the agent will be given a new assignment and a new mission still in the process. goal of saving the Empire.

I also note that just like Vette for the Sith warrior, they are charming companions who will accompany you in your first adventures. The Inquisitor meanwhile is not too lucky, the Inquisitors will have to wait for Tatooïne to begin their romance, it will be much later for the Inquisitors - end of the apartment

The general quests on Hutta are linked together relatively well. Leveling is done quickly and overall it will take half a day to complete all the quests if you want to leave the planet level 12-13 and not 9-10, including the heroics if you have the chance to meet others. interested players.

The quests are more varied than on Korriban and the heroics H2 can be done alone (once you have your first companion or in groups if you find players there, ready to help you whatever the server where you find yourself n is not necessarily obvious). On the other hand, do not rub yourself against the world boss of the area alone, you risk leaving pieces of your armor there. 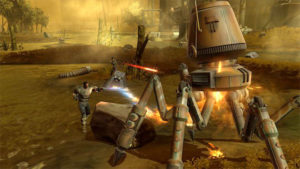 See you soon on Ord Mantell 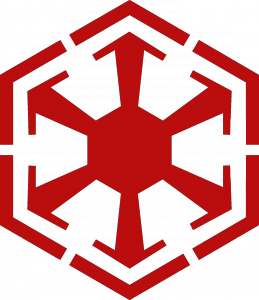 add a comment of SWTOR - So Many Planets # 3: Hutta