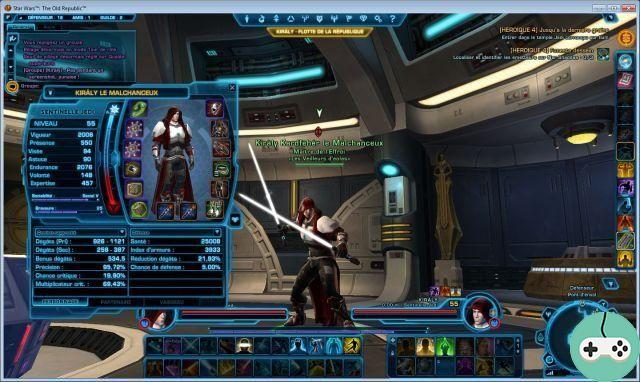 When you start to get started with Star Wars The Old Republic, you notice the appearance of particular statistics, with varied and precise bonuses. And once you have acquired a good mastery of all this, and finished a good majority of the quests, then comes the optimization. And when we look for the little beast of theorycraft, we come to wonder which one is the most profitable.

Is the Criticism more interesting than the Power?

Stamina, which is Critical and Power, is it more profitable than these, separated?

Is Alacrity Really a Game-changer? Should you increase your Accuracy to 120%?

Does Defense reduce the effectiveness of Shield and Absorb? 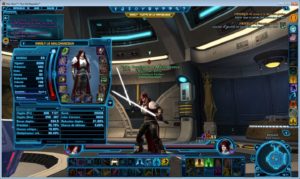 Admittedly, the majority of these questions primarily concern the characters who are there to do damage (Damages Per Second, DPS) and the healers, but I will not leave the defensive characters (Tank) with nothing. Know that I will answer all of this. Or at least, give it a try.

And sorry for those who are already keen on theorycraft, but I will try to detail and be as clear as possible, so that even "uninitiated" can understand in their turn. And given the mass of work there is to do, I warn you right away: I will do several articles to talk about all this. One per subject.

First of all, the first point that must be clarified are the ratios that each statistic has between its index (how much you invest) and the bonuses it confers. This is because a piece of gear that grants 42 critical points does not increase your critical strike chance by 42%.

The mathematicians of MMO-Mechanics have already obtained the formulas, which I retranscribe here:

The Absorption applies as a prior reduction, in percentage, with a minimum of 20% (by the shield), plus the bonus via the index:

The damage multiplication rate on critical hit is 1,5 (+ 50% what), but increases by Surge like this:

Alacrity now decreases the activation and channeling time of all attacks. And so, the global cooldown rate, initially set at 1,5 seconds (but not the attack refresh !! *).

* This means that if such an attack returns from 6 seconds, even if you only have 1,4 seconds of intervals between two hits (and therefore, 4 hits later, you do it again), the attack will not return only after 6 seconds (even if you have made more than 4 strokes).

It also has its ratio (even if we rarely ask ourselves the question, in general, since we can always go up without losing in another statistic). The damage reduction it performs is calculated as follows:

The Shield represents the chance that the latter is activated (and therefore that the Absorption reduces the damage). Shield Generators grant a minimum base of 5%, subsequently increased by the Index:

The calculation is twofold, since it takes part of the value of the (or!) Primary statistic (Hint / Stamina / Will / Aim) as well as of the Crit. Basic, it is thus:

We therefore notice that the Crit is separated into 3: the 5% base (to which is added the 5% of smugglers / imperial agents, as well as the talent tree bonuses, etc.), the bonus per primary statistic ( that must be done twice in the case of attacks using 2, such as the Jedi Knight's Force scan *), and finally the bonus by the critical index (which works for all attacks).

* it is a Force attack, mounted by the will. Except that the Jedi Knight's vigor also increases the damage and crit of Force attacks (and not just melee ones). Take a good look at what types of damage you inflict, and which of your stats increase which damage (s)!

What TOR calls Defense takes up the concept of dodging. However, in the game, there are various terms depending on the attack suffered (parry, dodge, absorption) for the same effect. I am taking the base of 5% here, but remember that consulars and inquisitors start at 10%.

The current Expertise grants, for a single index, three different bonuses: a bonus to damage, one to the reduction of armor, and a last to the healing received (thus allowing, at high value, to compensate for the usual penalty); all, as an additional percentage bonus:

However, you will get very low values ​​(since the game calculates percentages with respect to 1 (so + 50% gives * 1,5). To get the additional values ​​as a percentage, just multiply by 100.

If these formulas do not all present a decreasing return, there is however a threshold at 2013 index (for the following bonuses: + 60% damage, + 37,5% damage reduction and + 20% and dust) which cannot be exceeded *. For those who want to reach it, it will be necessary to aim for 2018, because the combinations of object modifications do not fall on 2013.

Base Accuracy seems different depending on the type of attack: it's rated 90% for melee and ranged attacks, but 100% for tech and Force attacks. It's actually a bit wackier than that (I refer you to the next article, where I will focus specifically on Precision). And some attacks have special precision (Sith Warrior Retaliation always hits, ignoring dodges and shields). For here I therefore consider 90%.

What I call Primary here are actually the four characteristics affiliated with your class (Hint, Stamina, Aim, and Will). They give both critical, (see above), and a damage bonus, calculated as follows:

It is satisfied with the basic damage part, and in a more efficient way than a primary statistic:

Even though damage and healing use the same stats, the ratios between them are different. The healing bonuses are therefore increased in this way:

However, the other characteristics, namely criticism, influx and alacritity have the same rendering, both for care and for inflicting damage.

Finally, a little detail about bonuses: when a talent, ability, or other, gives you a percentage bonus in a statistic already expressed as a percentage, it simply adds up. If you have 22,39 Crit, and a talent granting 3% Crit, it grants you 25,39% Crit. And this, absolutely regardless of diminishing returns.

For the non-maths, here is a little help on the calculations:

* is the symbol (on calculators, in particular) which replaces the X of the multiplication. Thus, it is not confused with the variable X, as in y = ax + b.

The MAX formula (…;…) is an Excel formula which takes the highest value between the 2 indicated. Usually this formula is for level, and the value of the formula will be 55, the maximum level.

Likewise, I use the formula MIN (...; ...) which has the same operation, except that it takes the lower value of the 2.

The comma (,) and the period (.) Are in fact the same thing, the symbol to express and denote the decimal. Normally, I corrected the numbers, by putting commas (as we do in Spain), but on some formulas, I may have left a period (.) Since it comes from English.

In short, it is all well and good, but it does not help yet. Those who pay attention to the formulas will thus be able to calculate for themselves how much they need to arrive at a certain bonus. And finally, we can also see towards which value (s) the curves tend and will never reach, suddenly (look at the initial figure, reduced by a series of calculations, depending on the index):

Looking at the formulas, we can notice a whole other detail, which is that our statistics are directly influenced by the level of your character. A level 55 character will need a higher index to achieve the same bonus as a lower level character (the threshold being level 20 at the lowest). In the majority of cases, given that we are interested in characters of level 55, it does not change much; this means that with each increase of the maximum level, the balance of the statistics will waver: the power will remain linear while the others will sink.

Or at least as long as BioWare doesn't change their formulas (which they did with increasing the level cap).

In short, because everyone is expecting it, I have made a graph for you to illustrate these diminishing returns. I will let you download the attached Excel file, which will be useful for the whole series of articles.

For those wondering why I stopped at an index value of 2500 (when some curves are still increasing), it's simply because even investing everything in a single stat (say Power, for example), well, we do not reach them (or at least, for the moment):

** I would point out anyway that sophistication gives 94 surge / alacrity / shield / absorb / precision, and only 62 crit / potency or defense. However, I am showing you the maximum figure to broadly support the maximum possible investment imaginable. But in the normal case, we could only go up to 2014 (before bonus).

As you will notice, I did not put all the statistics: some, a little more specific because on various levels, are on another table (in sheet 2). Quite simply because we end up having too much data on a single thing - which becomes quite illegible - and that the statistics of primary and expertise can rise at higher rates

Let me finish with a little clarification: you will have noticed that the Power happens to be the only characteristic without diminishing returns. So, whatever happens, in the end, it will be the best investment: if we go up all the statistics, in the end, there is a moment when it seems that we have to stop. We can then assume that an optimization consists in knowing where to put its statistics (inflow, precision, etc.) before having to increase the power.

Well, let me tell you in advance (because I have already made good progress before publishing this first part): this is not necessarily true. Sometimes after cranking up a bit of power, a forgotten trait will benefit you more * than continuing in power.

And obviously, defensive characters don't have such a consideration (absorption, shield, and defense each with diminishing returns), for better or worse.

* I'll explain this to you, but… let's say I'm saving this for a future episode ^^

Basically: see you soon for the next part!

Thanks : Winto, Las, Juliaan and all those I forget!


Do you want to be up to date and know all the tricks for your video games? In gamesmanagers.com we enjoy playing as much as you do and for that reason we offer you the best tricks, secrets or tips for you to play non-stop. We offer you quality content and always updated to keep you up to date. That's why, in our website, you will find not only videogame guides but also tricks, secrets and thousands of tips so you can play to the limit. Are you ready to get it? Enter now and enjoy your videogame!
SWTOR - Synthweaving overview ❯