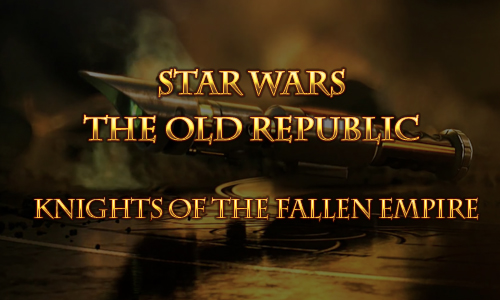 On the official forum, Michael Backus, the chief designer of SWTOR, gives us some information about the partners and the changes that will be made.

First of all, balancing is something complicated in a game, some players will find the game too easy, others too difficult, but one thing is certain, the partners were too powerful in 4.0. They didn't want players to go "make tea" while their partners are doing all the work. Hence the changes to 4.0.2, they didn't want the game to become too simple and players to have a minimum of challenge, to avoid boredom.

The [Heroic 2] quests being abandoned after being done once, they wanted to make them more attractive, and that players have good reasons to go and do them. What they failed at. They didn't realize how much players value their overpowered partners, and received a lot of negative feedback after these changes as Heroic quests became laborious for many players.

They will therefore take a step backwards and give our partners more power. However, they will not be as powerful as when KOTFE was launched. Here are the changes that will be made (the partner's Influence level will define the exact level):

Regarding the Star Fortresses, in "Solo" mode, it is clearly story content and must continue to be accessible to all players, because they allow the recruitment of new Contacts for his alliance. They are also happy with the "Expert" mode, which represents a real challenge, and that it is not something that the player has to do too easily. They will however change the nomenclature of Star Fortresses to remove the term Heroic and avoid confusion with [Heroics 2], the content not being equivalent and the fortress being a greater challenge. The name will be communicated later. In addition, future changes to Star Fortresses will be independent of the strength of our partners.

Add a comment from SWTOR - Still change with partners