The Update 1.2 that we are all impatiently awaiting is not without consequences on the Secret Agent special Concealment and by analogy on our fellow Thugs special Brawl.

Following a first nerf more or less justified in 1.1, as a reminder, the acid blade saw its armor perforation lowered to 30% (instead of 50%) and the duration of the projection on the ground accompanying the hidden strike (by the “Detonating Strike” talent changed from 3 sec to 1.5 sec; Here we are at the dawn of a patch 1.2 which seems to be heading towards a new nerf in the secret agent concealment spec.

Knowing that this patch note is still subject to change, let's not go to too hasty conclusions but that does not bode well for the future of a large part of our dps secret agent friends (of which I myself am one). 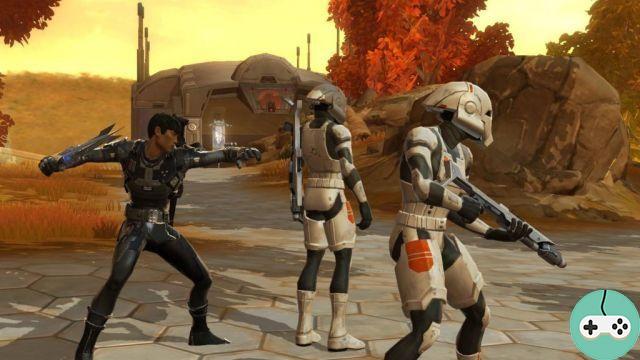 For now, let's objectively analyze with a little height the important changes to come:

The Hidden Strike That Before was submitted to the GCD (general cooldown) only now has a 7.5 sec cooldown. This ability change primarily affects the agent's PvP skills. Without risking too much in a haphazard interpretation, I think the idea behind this addition of the cooldown is to limit the combination Hidden Strike-Vanish-Hidden Strike which were rather murderous. But knowing that by talent the vanish has a 2min cooldown, this phenomenon was not that common. Also, I would add that vanish is more of a defensive than offensive ability, the majority of agents will agree that it is better to keep this technique under the elbow to flee than to win a single 1v1. In short, this combo will then be impossible.

Dagger in the Back now has a cooldown of 12 seconds and deals approximately 5% more damage.

Again, we cannot say that this is good news. The CD changes from 9 to 12 sec. So the frequency of reuse in combat of the acid blade (which is applied either by the hidden strike or by the dagger in the back) will be less rapid, which implies a slight loss of efficiency. Consolation, a slight increase in damage that should not actually show a higher number than before.

Flanking is a new 1-point ability located at the 3rd level of the skill tree. It reduces the Energy cost of Back Dagger by 5.

Let's continue with the dagger in the back. This talent is undoubtedly called to replace the current talent "Ripper" (also located at level 3, moved and modified at level 5 see below) which currently "Reduces the energy cost of the dagger in the back by 10 and of the 2 "acid blade. So the Back Dagger will cost 5 more Energy and the Acid Blade 2 more in 1.2. We twist our necks a bit at the idea that energy would be favored to the detriment of damage.

Ripper now increases damage dealt by Back Dagger. It is now located at the 5th level of the skill tree and requires Flanking.

We find our talent "Ripper" moved to level 5, which now increases the damage of the dagger in the back. This damage increase appears to replace the energy cost reductions the talent previously offered. It is not yet encrypted. We are not going to risk the predictions but see here a possible room for maneuver for the devs, to adapt, correct, compared to the rest of the modifications of the style of play, according to the first feedback and tests of this new class balance. We can guess that the talent remains at 1 point and hope that this kind of talent, as most often, significantly affects the abilities linked to it.

However, it would take a big increase to compensate for the loss of DPS associated with the additional 3 seconds of CD.

Toxemia has been revised and is now a 2 point ability. It no longer increases damage dealt to poisoned targets, but now increases Energy gained from Amplified Stim and increases damage from Laceration and Collateral Strike.

Blades Under Watch no longer increases Energy gained with Amplified Stim. This effect is now attributed to Toxemia.

In terms of energy regeneration, no big changes, the enhancement of the amplified stim being just transferred to another talent, let's hope at least in the same proportions.

Damage level some changes: before Toxemia increased all damage dealt to poisoned targets by a maximum of 3%. Knowing that in an optimal playstyle the target was always under poison by acid blade or corrosive dart we can consider that we take advantage of this increase in damage most of the time. Here the damage of the Laceration / Collateral Strike duo will be increased, and only for these techniques. It would therefore be necessary to exceed the 3% (at least between 5% and 10%) of damage in addition to Laceration / Collateral Strike in order not to lose damage. Once again, we are waiting for a figure.

Saving 5 points in energy but 10% less damage, which means that again a significant loss of dps on one of our key attacks in the cycle. This for better energy regeneration. Personally, I find it rather paradoxical, it is a burst class which has a more than limited survival excluding stealth, so I clearly do not see the point of reducing the damage in favor of a recovery over time in energy .

In the talents of the "Fatality" tree of the first tier, some were useful to us. Today the talent "Mortality" increases the chances of critical hits by 2% per point on 3 points and Razor Blade by 5% the damage of the slash on 2 points. In 1.2, with this new configuration of talents, we will lose 3% critical chance and 2% damage on the slash, in short, nothing very happy. 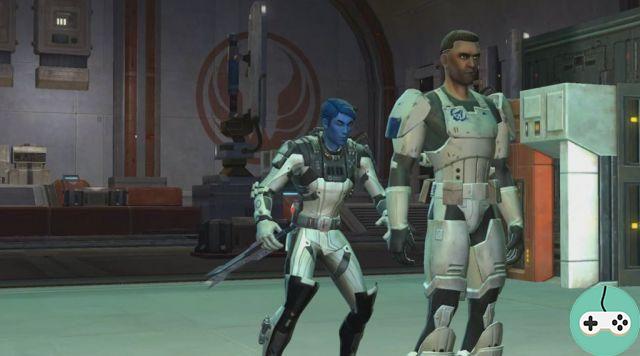 -The effects of amplified stim and its increases by talent remain unchanged for the moment.

-The dagger in the back costs 5 more energy points. At best the 3 sec of cooldown in addition allows to regenerate and compensate for the cost of the ability from the second use if however we use the free shot ...

Conclusion, the energy management in 1.2 does not change fundamentally and there will be no big surprises either way. Neither increase nor decrease in efficiency, in my opinion the changes balance each other out. I'll let you do your own calculations.

- + 5 % on the Dagger in the back and an unquantified increase per talent is added to it.

- 10% damage reduction Laceration but increased damage per talent again not quantified. If the talent increases damage between 0 and 11%, there is a loss of dps. If the talent increases damage by more than 12%, it is on the contrary a gain in dps on Laceration (remember that the increase will apply to the attack already decreased by 10%, so you need a increase of about 12% to get back to roughly the current dps level).

-Uncounted damage increase of the collateral strike, but this bonus strike is not very heavy in a cycle (500 damage approximately) so that an increase of a few% weighs significantly on the dps.

-2% loss Slash damage isn't huge, and in my opinion it balances the increase in Collateral Strike.

Conclusion, everything will depend on the figures of new talents namely Ripper and Toxemia new version. A big loss on the laceration and a good increase on the dagger in the back. To do the calculations, let's wait for the official and final figures, let's not be alarmed.

-A 7.5 sec cooldown on Hidden Strike which prevents doubling the strike with vanish and slows class pace. Such a re-use period was clearly not necessary.

Conclusion, I find that it is really these last two points which weigh on the decrease in the effectiveness of the concealment specialization, less rhythm and less burst, without gaining in survival. The key to the patch notes is in the cooldown of the dagger in the back which will or will not be compensated by the increased damage in the template. 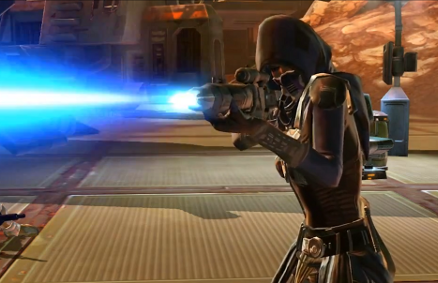 This is what awaits us. If the first readings are scary, it is necessary to relativize and see in application, with the new balancing of the classes, how the secret agent is expressed in PvP. What I find unfortunate is that it looks like the desire to reduce efficiency is based solely on a PvP approach without taking into account the loss for those who play this spec in Raid PvE.

Keep in mind that this patch notes may still be changed, depending on feedback from the test server and the community.

We are waiting for the figures of new talents, although for my part I have only meager hope, the will of nerves being rather clear. Beyond this patch notes and the reactions of players from other classes against the special concealment agent, while browsing the English-speaking forums, we find some nice little quotes from the devs who go in this direction:

If we leave the Operative the ability to stun lock and kill people — yes, there aren’t many Operatives — but over the long term, that means people will quit the game cause it’s not fun. We have very measurable statistics that tell us if people lose a certain number of Warzones in a row being stun locked by a team of Operatives, then that might be part of that, and they will be not as likely to re-subscribe.

To be taken with a grain of salt but this kind of talk is never trivial ...
What I find most unfortunate, beyond the morality of these words, here again I repeat, to take a step back, is that, as we saw well with a previous very good article on the population of the waiters, it is that one does not favor the small classes, not to hear there the "less played". I recall that the population of Imperial Agents added to that of Smugglers is still lower than the population of Inquisitors alone.. The Secret Agent in the ranking of the most played classes is 14th out of 16, and the Malfrat his counterpart is red lantern, 16th. How then to make people want to play these classes and avoid having servers full of Sith and Jedi?

So is this the end or a simple evolution of specialization? We will see, for those who are already defeatists, the care spec will be greatly improved or otherwise I will shortly offer you a guide to the fatality spec that I play on a sniper and on my secret agent recently, in anticipation .

add a comment of SWTOR - The Hiding Agent in 1.2