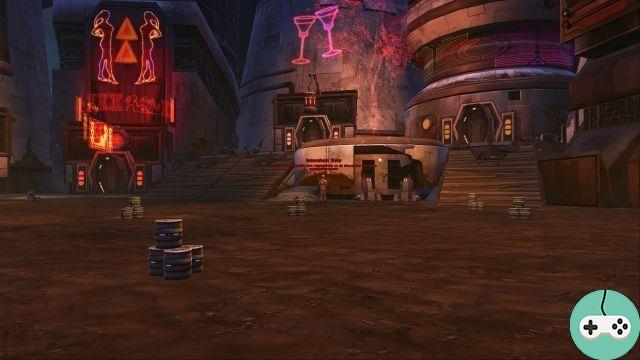 "You arrive just in time for the alcohol supply from Raider's Cove," Ruggar says as you enter this room, but it is guarded by Quartermaster Bulo. 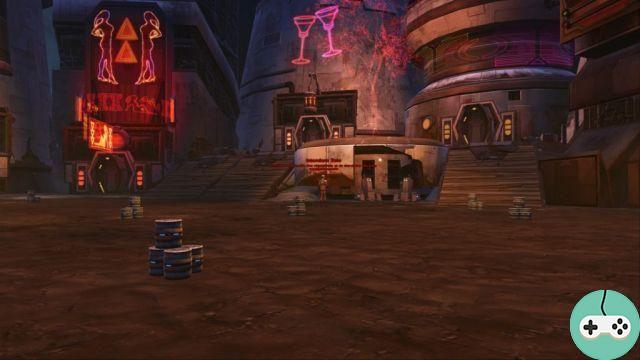 The fight takes place on the same principle as in normal mode, focusing dps (damage) on the boss, the tanks still have their boss exchange mechanics and the healers must maintain the group. In short, nothing much different from normal mode except a few barrels of baradium targeted at an additional tank and increased damage.

Here are the combat abilities assigned to Bulo to begin with: 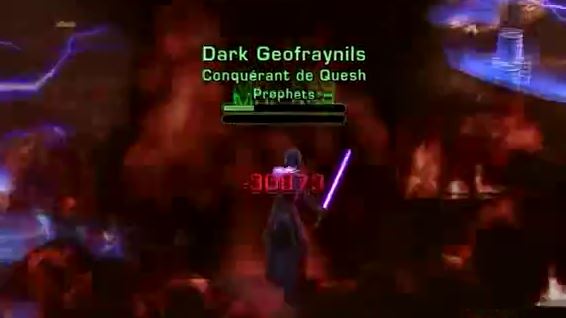 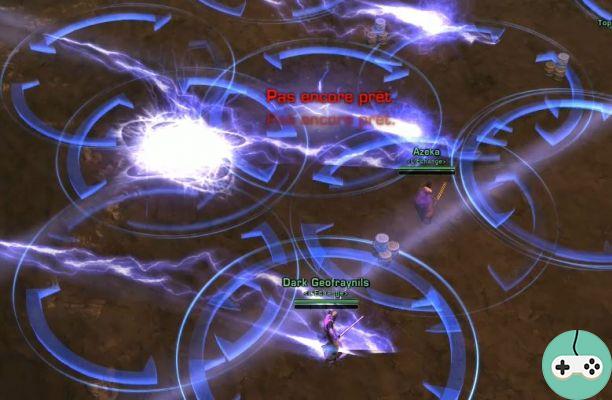 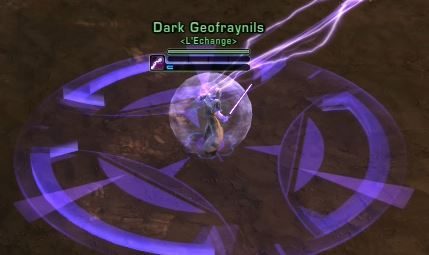 And then here are the combat abilities of the various other NPCs (Non-Player Characters) who will regularly join the fight: 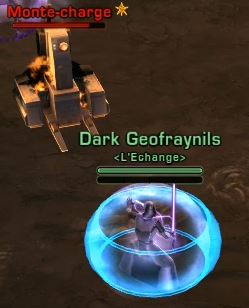 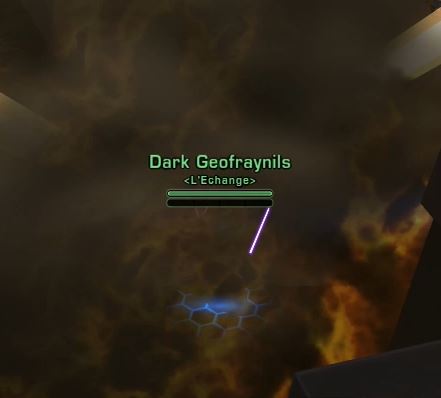 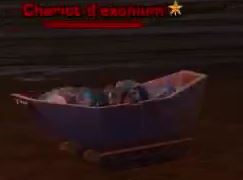 The strategy of this boss is relatively simple to understand and can be summarized as follows:

Here is the step-by-step detail of the whole fight.

Entering combat: The whole group must be within 4 meters of Bulo without exception. The two tanks move towards the back of the room so that the cartridge rifle fire does not hit anyone. The first pirates arrive after 30 seconds of combat so around 15/20 seconds a tank must take a barrel and go to stand on the high platform to retrieve the pirates. In passing he should be targeted by a barrage which will land under the feet of the said pirates and which should kill them all. Once this is done, the tank goes back to the boss and recovers it via one of his provocations (if your spells are not available, right click on the barrel buff to remove it).

Here is a small overview of the placement to be made: 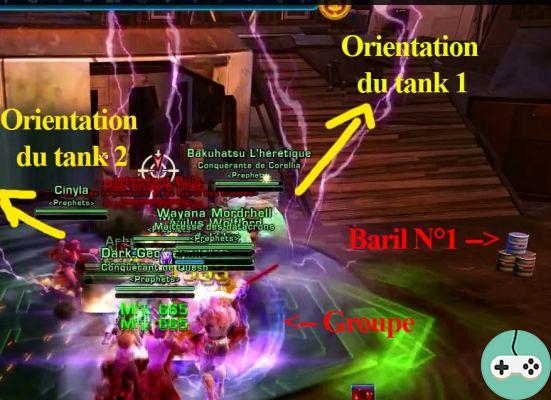 The death of the pirates at height marks the end of this phase. The distant dps must then move towards the back of the room on the barrier side, the healers a little further forward. The melee dps will logically stay behind the boss. During the rest of the fight you will only have a few strategic points to respect, but not always in this order.

And start again with each new area that arises under your feet. Here is then in pictures what this path gives for 4 appearances of a barrage phase, knowing that even in the event of failure, the damage remains minimal. 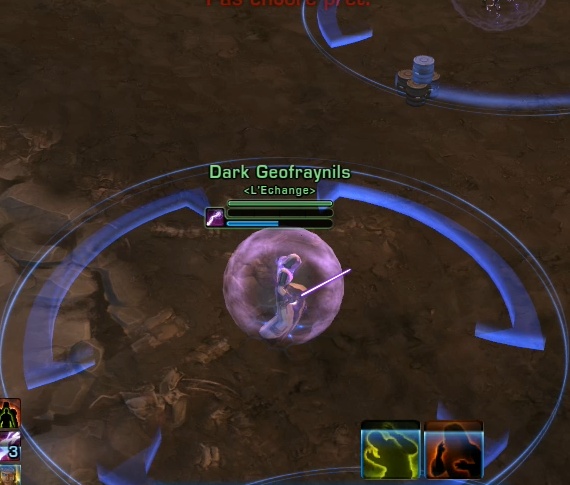 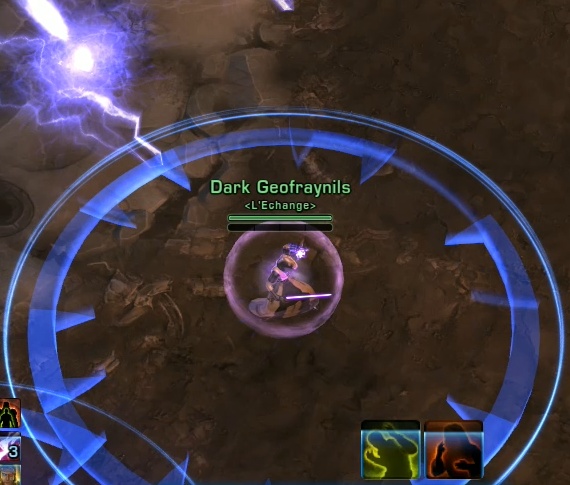 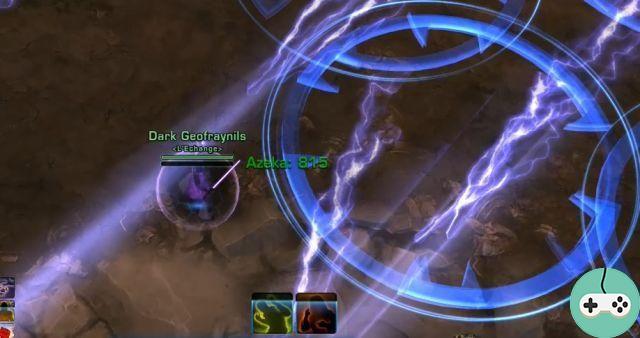 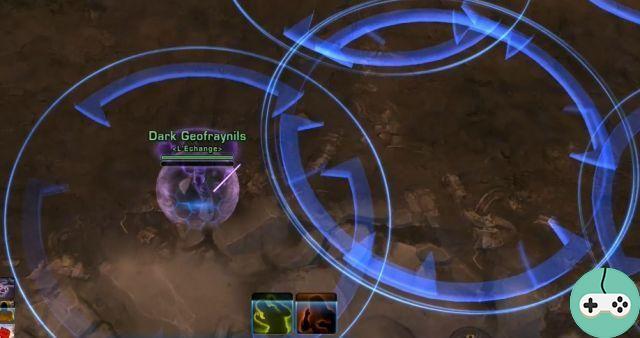 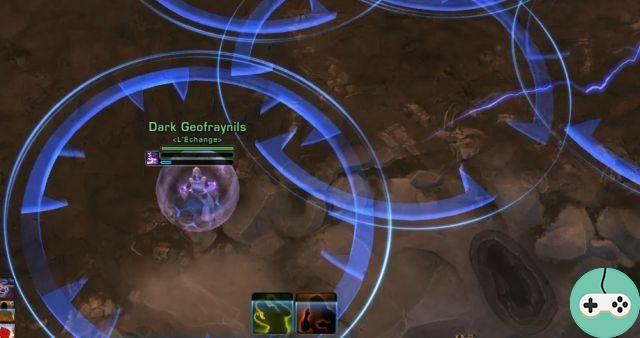 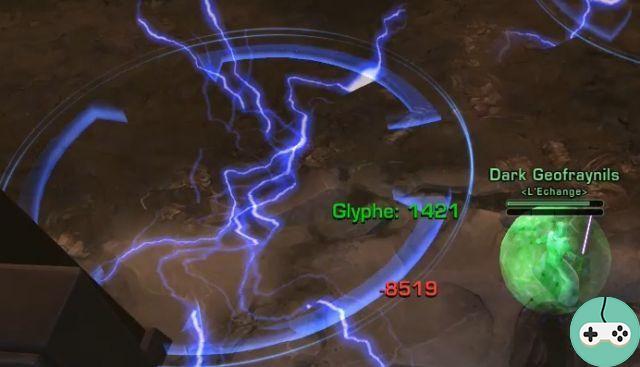 This strategy requires a lot of work from the tanks. It is possible to simplify their work by assigning dps to the recovery of the barrels so that they recover the pirates and place them in the blue damage zones faster. The fight will be longer but the rage is long enough to afford to do it.

If you ever thought you had the pirates on the left or right and that they came up in the middle, it means that the placement of the tanks is done too towards the back of the room. It is then advisable that the tanks get closer to the barrier behind the dps (to the right or to the left depending on where the boss is). The objective is that they are oriented in the direction of the appearance of the pirates because this would affect the location of the latter.

If the placement of the mass barrage is too complicated you can simply go straight in the direction of the length of the room even if it means going out of reach of the boss, the enrage being long enough to afford it. Some classes can afford to stay in it using the right defensive spells.

Audio Video SWTOR - The Ravagers: Bulo (Hard Mode)
Wildstar - What to do after level 50? ❯

add a comment of SWTOR - The Ravagers: Bulo (Hard Mode)