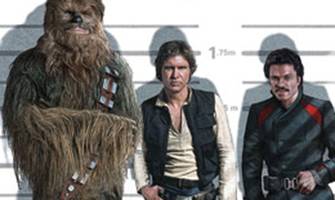 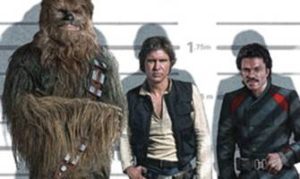 No, I don't intend to talk about Timothy Zahn's next novel. Only this cover mixing Star Wars and Usual Suspects introduces us to our three favorite criminals from the Star Wars galaxy. But it is indeed in the world of crime and the underworld that I intend to lead you. Normally this section should be about smugglers and bounty hunters. But if the latter begin their story by doing some work to satisfy a Hutt, they quickly depart from it to join the Mandalorians and then receive Sith patronage. They are therefore detached from this universe. They have more knowledge of it than other classes, but only the smuggler actually explores it. 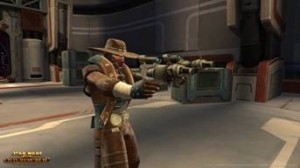 Before we start exploring the various large criminal groups in TOR, let's start with the so-called independents. Because when we create a smuggler in the game, that's the category we belong to. Moreover, most of the people in this profession are also part of it. It is enough to have a vessel with bunkers to load to be able to declare yourself a smuggler. They form a tight-knit community, capable of standing together as a group if their lifestyle is threatened or if the funds are sufficient. This is the main reason for many mutual help, it is useless to get angry when you could one day join forces in a successful business. The best known of these gatherings during the TOR era is the Mandalorian Blockade Breakthrough initiated by Hylo Visz. The good-naturedness that I'm describing doesn't mean there isn't some serious garbage in the lot. But overall, we're dealing more with Jack Sparrows than Davy Jones or Blackbeards. The profession that most say they practice is independent adventurer. 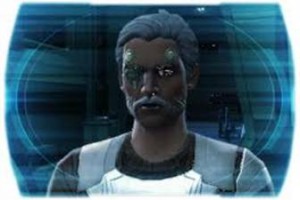 Sometimes these temporary associations last, more or less voluntarily. If you don't know how to put aside, you can end up in debt. And some organizations may force some work to be done in exchange for reimbursement. It is rarely pleasant, but it is common. Others are gangs that have grown and still want more territory. Groups have even lasted for several centuries, with new bosses inheriting networks of influence from their predecessors.

Three hundred years ago, the Exchange held the upper hand. Planetary gangs were willing to let themselves be ruled by them, and they could even afford to rule over Hutt territory. They were the largest criminal organization in the galaxy. The disappearance of Chief Goto marked the beginning of the decline. Today, they are just an Outer Rim organization like any other.

Ten years ago, it was Nok Drayen who could be considered the ultimate boss of the underworld. We no longer spoke of an organization in his case, but of a veritable criminal empire. But he too disappeared without us knowing how. His lieutenants and rivals went to war with each other to take his place, but they only managed to fragment it all without any of them succeeding in picking up the torch. There is a legend that makes all smugglers dream about Nok Drayen: no one has managed to recover his treasure yet. It must be gigantic after all these years in power.

The individual who currently heads the largest organization is Chagrian Rogun the Butcher. He earned this nickname because it is not good to be in debt to him. If someone has one of their cargoes stolen, they have a habit of killing the thief, the freelancer who got robbed and the area manager to look good. In his good days. He fully assumes his nickname.

Certainly inspired by the Breakthrough of the Mandalorian blockade of Hylo Visz, Chancellor Janarus founded the Service Corps of the Republic Corsairs. A pompous name to try to unite these independents into an extra force. Is it a success or a failure? Hard to say. There is no leader capable of leading the corsairs to major action. Those who signed act here and there, allowed to practice various more or less illegal acts as long as it is against the Empire. Small victories, but nothing decisive.

For smugglers, signing with privateers has many advantages. We thus have access to a certain official respectability on the Coruscant side. It is enough to negotiate with a senator so that he writes the name in the register and the legitimacy is total to walk in places officially reserved for the agents of the Republic. Not to mention the additional income generated by some special missions ... The Empire says it wants to put an end to independent adventurers and the Republic offers them work. Why not take the opportunity to fill your pockets? 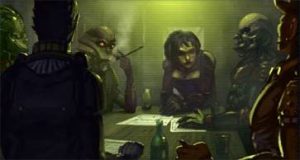 Contraband is a market like any other. For this to work, supply and demand must meet. After many millennia of implementation, the days of artisanal blind research are over. Large commercial places have been set up to allow everyone to meet and to play the competition. Most criminal organizations send spies to test talents and then invite their elected officials to join them in their territories. This aims to impress them or even threaten them to make them their puppets. But before allowing yourself to do that, you have to find the independents in neutral territories.

Recently, two new "branches" have appeared. These are Coruscant and Carrick station. The presence of the underworld in the capital of the Republic is not recent. There have been large gangs for generations in the slums. With for the most part a superiority complex compared to other similar organizations in the galaxy. But the creation of the Service Corps of the Corsairs of the Republic established a more official one. It suffices to frequent the cantinas, with a hierarchy between them for more or less legal matters… The Carrick station, because of its role in the military machine, is only supposed to welcome people linked to the army. But do we really check if any smuggler walking inside is really a privateer?

Port Nulle Part is an old station recycled to serve as a refuge or place outside the laws. She can move in Hyperspace, so you have to be initiated to find out how to retrieve her current coordinates. But beware, there is no official body there to protect those who would be attacked. At this time, it is the lair of the most infamous thugs in the galaxy.

Finally, the largest gathering of criminals of all stripes can be found on Nar Shaddaa. It is not for nothing that it is nicknamed the Smugglers' Moon. In the Core, many call the Corellia-Nar Shaddaa route the Smugglers Route. As if Corellia had the exclusive rights to human thugs! But it is true that it is a famous planet full of individuals with an independent spirit, with a very strict government and facilities for procuring ships. A good breeding ground for planting a mythology that will guide the minds of young people. But that's not the point. Why do the Hutts tolerate the presence of all these criminals so close to their capital? Because they obviously use them. But it would take a whole article to explain the mentalities of the Hutts.

So see you for this next article.