"Boarding team" is the first contentious area of ​​a series of two in which you will seek to find a prisoner of the Emperor who fled to take refuge in a very mysterious place ...

These Flashpoints can be found on board the "White Nova" fleet vessel (Mission Departure Elevator> Inter-Fleet Transport> White Nova).

You can pick up a common quest from droid X1-09, which will give you details on the story (and incidentally some rewards).

There is a very large amount of enemies on the way with very well supplied groups, do not hesitate to do some checks. Don't forget to complete the bonus objectives in order to unlock the bonus boss too. 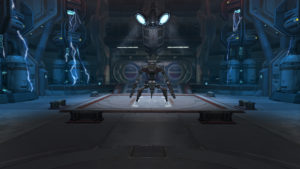 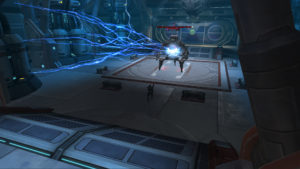 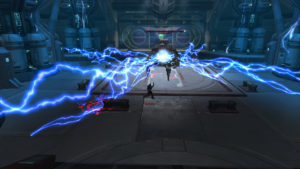 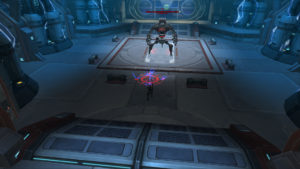 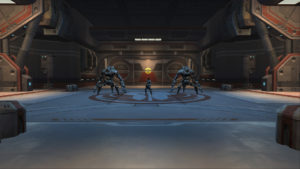 Whenever one of the droids is eliminated, more reinforcements will come out of the doors to the left, then to the right. For safety, it is possible to control one of the two droids (no damage zones on it therefore) so that it does not interfere with you, while you take care of the other and then reinforcements.

Once the two droids are eliminated, you can move on to the boss, which won't be a big deal for you. 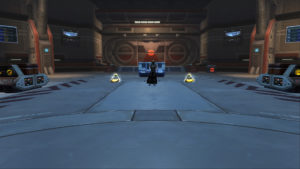 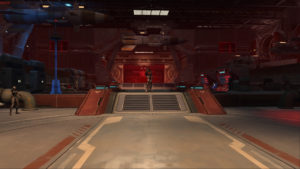 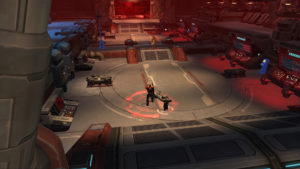 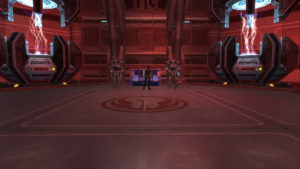 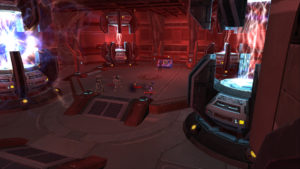 First kill the two droids. The boss has low health, and it can be tempting to take him down as soon as possible. But he's smart, and if you do that, he'll activate the droids' self-destruct, taking you out in the process.

Instead, take care of the droids one after the other, then finally the boss. 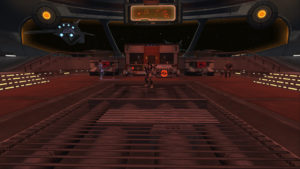 Their abilities make the task of ordering them a bit easier to eliminate them. Thus, we will start with Alon, to prevent him from treating his friends, then Massey, to remove the shield he places on Jorland, which we can thus eliminate last.