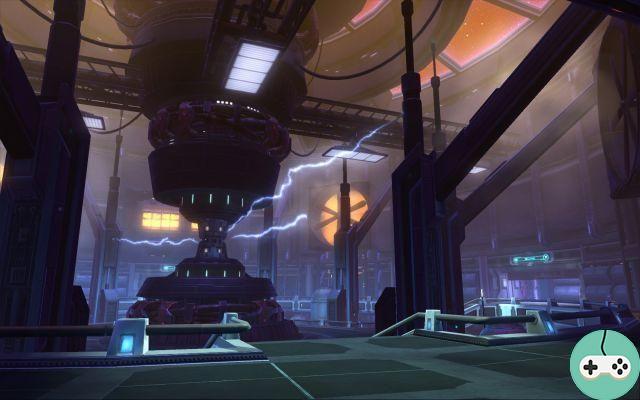 I'm Zuh, from the STYX guild on Mantle of The Force, and I bring you this first article in a series of several to introduce you to update 2.3. Indeed, following the last post on update 2.3, I could not stay on my curiosity. So I took a little tour of the PTS to find out more.

To get started, here is the first contentious area on video: Czerka Core Fusion performed in hard mode.

Of course, if you want to keep the surprise, look no further

The Flashpoint is quite short (around 15/20 min) and divided into several areas closed by doors and linked to the main quest. This is quite a good thing since we won't be able to zap enemies. Unfortunately these are numerous, repetitive and above all without great interest. Regarding the environment, I find it quite nice, with areas of lights and shadows, some are even completely out of step with the rest, In short, we are surprised, we discover and we have a good time. 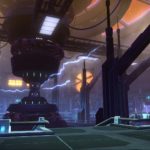 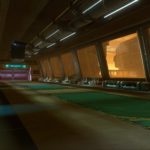 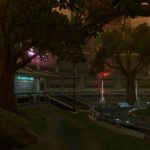 The hot spot gives the items of the new reputation, "artillery acquisition corps" in my case. The bosses give 66 and 2 elite distinctions for the first two bosses and 69 for the last boss. 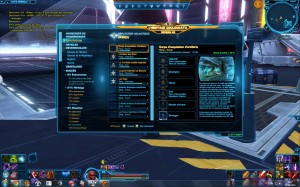 You will have to deactivate the three holograms placed at each corner of the room, the only goal being to kill the enemies in your path. Indeed, it is impossible to continue the disputed area without having clicked on the 3 consoles.

You are asked to bypass the biome security controls by disabling the Desert Habitat and Jungle Habitat. For those who would not have understood anything like me, it is quite simply a question of clicking on 2 consoles ... nothing complicated you will tell me ... except that the next bosses are linked to these! The goal is simply to force you to kill the 2 bosses. Like the first room, you won't be able to bypass the system.
Have you finally killed the 2 bosses and don't know where to go? Bioware has thought of everything with the quest update: Access the Energy Core of the Complex.

Bioware loves consoles! Come on, 2 more consoles to overload the energy lines A and B. Finally, after having clicked on anything and everything, you can finally hit the boss. 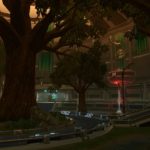 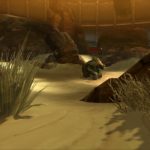 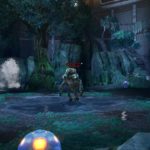 The Flashpoint includes three bosses which are:

These are presented in detail in a second article. Czerka Core Fusion Boss (2.3)

I hope that Bioware has thought of the most determined among us for the live server because, on the PTS side, we have the impression of redoing a contentious zone level 50. We type, we run, we type, we run and even if we do anything on the bosses, it goes quiet and we do not see any enrage!

We notice a desire of Bioware to surprise us on the strategies of the bosses, because it does not look like anything existing, however from the first tests, the strategy is assimilated and it becomes boring. By simply increasing health, damage, and tight enrage, one could end up with a pretty cool Flashpoint.

In short, I wait to be surprised! 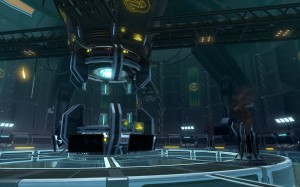