The Republic launches an offensive on the planet of the Sith, where the academy is located. An attack that comes just as the Empire has decided to Assault Tython. Funny coincidence. 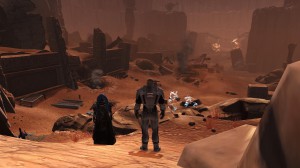 This Flashpoint is doable by both factions, in a different context, but bosses, although their names differ, have the same abilities (with different names), regardless of which side you are on.

Watch out for certain groups of enemies: 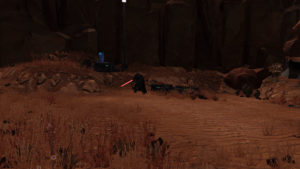 This boss requires precise tanking and high mobility. Indeed, a bad placement will result in the death of the tank in one hit!

To avoid taking risks, identify well before engaging in the fight the 3 glass cages that contain the boss's reinforcements. You should NEVER have one of these cages on your back when tanking. Indeed, these are electrified and regularly the boss will throw the one he targets. Let it be clear, there is no need to procrastinate, if you touch the cage it's one shot, even Lourdes water can do nothing for you!

You can pick up the boss melee with no problem, however be careful of the Force Storm that he channels regularly.

Finally, 3 times in the fight (less if you send wood), the boss stops attacking and aims at one of the glass cages with his lightning bolts. This has the effect of breaking it and releasing on the group two reinforcements of the strong type which go in contact with the closest one. Also when he channels, the ideal is to put you all in contact with the boss to facilitate their recovery by the tank as well as their sudden extinction of AoE. 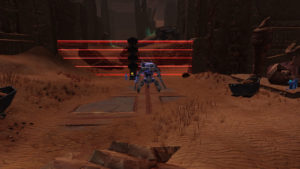 This big tin should not be too much of a problem in terms of tanking (you will rarely get aggro) or DPS, however the care can be complicated if your placement is not rigorous.

The fight takes place in 2 phases which are repeated successively. 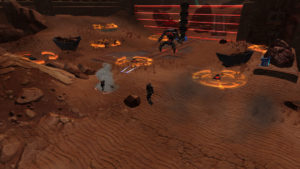 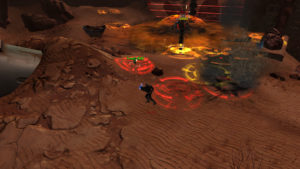 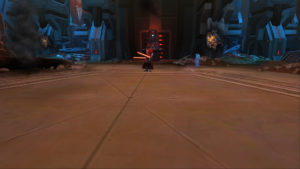 Periodically, the boss will activate a "Saber Reflection", a shield that reflects damage back to the attacker. Shortly after, an Interrogation Droid will appear, and stun a random player. It is then advisable to concentrate on the droid to free the player. As soon as the boss no longer has his shield, you can attack him again.

At times, it will immobilize all players in the air, visit each of them and then activate an attack dealing some damage. Nothing too insurmountable, but it's best that the Healer makes sure everyone has enough health.


Do you want to be up to date and know all the tricks for your video games? In gamesmanagers.com we enjoy playing as much as you do and for that reason we offer you the best tricks, secrets or tips for you to play non-stop. We offer you quality content and always updated to keep you up to date. That's why, in our website, you will find not only videogame guides but also tricks, secrets and thousands of tips so you can play to the limit. Are you ready to get it? Enter now and enjoy your videogame!
The Sims 4 - How to become a Mixology pro? ❯