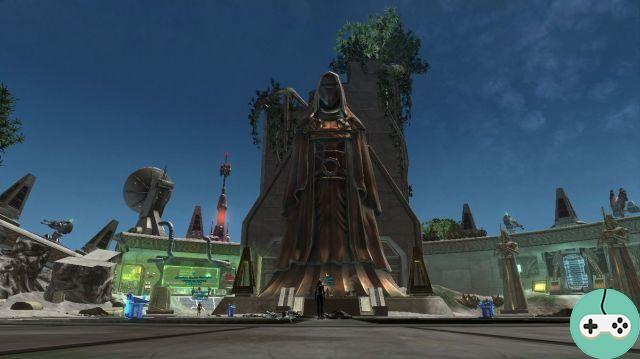 Since update 3.0, the Flashpoints of the Forged Alliances arc benefit from their Hard mode.

Let's find out together the strategy for the ZL Rakata Prime. 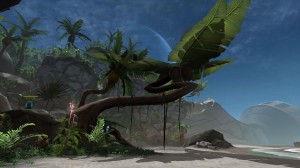 Before the first boss

They will hardly pose a problem for you.

Some advice anyway: the elite enemy (in red dress) heals his fellows, so you will have to either interrupt his spells on a regular basis, or stun them before pulling. Strong enemies are generally 2 per group and are ranged (unlike the rest of the pack), so the tank must spot them well before pulling to organize their pack. What I usually do is jump on one and grab the second (jump bump if you're a Guardian).

Objectives before the second boss

Nothing complicated except that these packs will generally require a lot of care. Tanking can also be complicated if everyone takes their add. So a piece of advice: the Jedi and the red and white robots are melee (the robots not quite but they jump at the start of the fight on the biggest threat) so to help the tank, the DPS does not must especially not touch them before they have gathered around him.

After the second boss

There, it hurts much more and if you can avoid the first cap, the second is almost obligatory. Much care is required and be careful in the second a distant has crept in among your enemies, consider either grabbing him or centering other enemies around him. 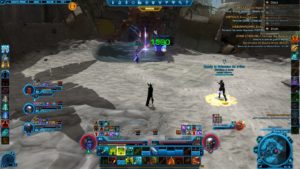 Phase 1 : the Rancor is alone on the track and the tank must stand with its back to the wall so as not to be thrown. The rest of the raid is placed behind his back to avoid his large axial AoEs (large red rectangle).

Phase 2 : the Warchief joins us. The latter has a buff that makes him immune to the threat. It is therefore up to the DPS to drop it quickly while the tank keeps the rancor in its corner. Problem, the latter poses a debuff that immobilizes you for 1 minute and to top it off, adds an AoE of flame on his prisoner. This debuff must be purged by the healer. But the cooldown of its purge is sometimes too long, the DPS must then use their own destun to free themselves. Remember that the tank in his corner with the rancor is often out of reach for the healer, so the latter sometimes has to multiply his back and forth to keep the group afloat while watching for debuffs, also if you can help them by freeing yourself up (when your cooldowns aren't too long, you're better off keeping your primary destun for hard knocks), don't hesitate.

I finally have a little tip for tanks who are bored on this boss; you can place the Red Rancor AoE on your rooted DPS. These will then be thrown out of the flames. They will certainly always be immobilized (and will have taken a nice slap) but they will be sheltered from fire. Do this only after having warned the group otherwise it will be a mess.

Once the warlord is dead we go back to P1. 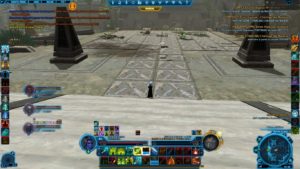 In my opinion, the easiest boss in the (all) ZL. It breaks down into 2 phases which will alternate simultaneously. One will make you face the boss alone, the other will pit you against 12 weak-type adds. The boss is then out of action and immune to any type of damage.

Boss phase alone : This one regularly channels an AoE of the red rectangle type (like the rancor). If it doesn't throw, it still deals substantial damage to the unprepared. Also the tank must make sure that the group is never behind its back. Before launching this AoE, the boss will also stun the one with aggro (to be sure that he stays in his zone). There it is up to you, the damage is not unbearable when you are tank, so you can stay in the area without slamming your destun.

Phase "12 angry men" : A red AoE is placed on the group and 12 adds jump on you. They are weak type and therefore are very easy to fall. A word of advice, however: the red AoE does not hurt very much and stops as soon as the last add has fallen, so the best is to stay well packed all 4 sets (even if you are on the AoE) and to destroy melee with your whole AoE panel (it goes much faster!). Once again, since you are asking for extra effort, ask the doctor for permission beforehand! 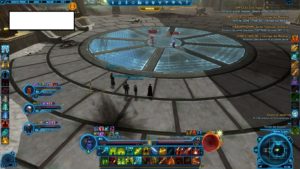 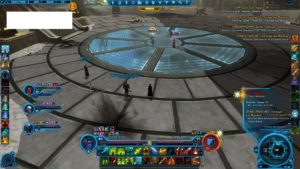 Here there are several ways of proceeding, the one that everyone practices but which cannot guarantee the survival of the whole group (Thanks Jakaro). The other (a little) more rigorous which will allow you all to attend without scratches the return of "Revanquinestpasrevanenfaitsicestunpeuluimaissanssoncotélumineux".

Darok (the soldier) as the warlord on the first boss is not threat sensitive. This one will place AoEbleues which will place themselves on its target and follow it. Each time the owner of an AoE gets closer to Darok, he will take damage and if he crosses the Aoe of another "participant", it is a direct one shot for both!

You will understand it in the term "participant", this idiot of Jakaro joins us and he is eligible for the AoE of Darok. Obviously, the developers forgot to provide him with a brain (that, he has hair ...) and the latter does not really care about the AoE that lands on him. Also to fall these bosses safely, it will also take into account the placement of the plush.

The tank will therefore start on Arkous and increase its aggro a little. The others focus on Darok. Once its threat is substantial, the tank comes to help the others (there's no reason!). As soon as one of the players ends up with an AoE, he moves away from the group and Darok so that when the second AoE appears, the risks of "crossing" are avoided.

Jakaro : he enters into combat a little after us and will alternate 1 min of Dps on Darok and 1 min of DPS on Arkous.

So either you focus on Darok and if Jakaro is in your paws with an AoE, well that's one player less (classic method). Either the group moves and changes target according to Jakaro's. If this one is on Darrok, the group goes to Arkous, etc. (obviously if you are distant, the problem does not arise, stay on Darok).

When Darok dies, Arkous gains a damage and resistance buff, but that's negligible to require dropping them at the same time. 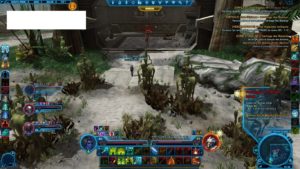 The bonus boss appears after completing the bonus quest "Reclaiming Rakata Prime", where you will have to eliminate 65 enemies.

This one is much harder and requires understanding your surroundings. The boss is at the back of a closed bunker. Each time one of the players goes out of his "den", he will pop a strong type add that is very painful in melee. The boss grabs players too far away from him and throws melee players. Finally he sends moderate damage to all those who are in front of him. Also to avoid all the inconveniences it causes I propose a tanking as follows: 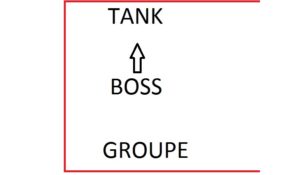 This prevents the boss's bumps from propelling us outside, popping adds.

But the latter is not left out, regularly he will cast a large area of ​​electricity that will fill his entire bunker. 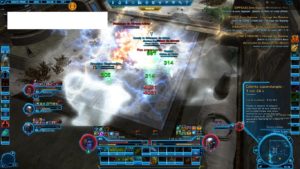 The group must then go out into the field outside to take cover. 4 strong type adds will appear (it is important that the group goes out at the same time so that the adds pop up at the same time), the tank will have to provoke them all and take them for a walk through the bush. They hurt a lot so the tank should always be moving to avoid taking too much damage. Meanwhile, the DPS take the opportunity to knock as many of these newcomers as possible.

This kitting ends when the boss grabs everyone inside. If there are any adds alive, LET them come to you, do not come out of the bunker, you risk bringing in new ones.

The AoE manifests as a boss incantation, so when it starts, that's when the group begins to come out.

This boss requires a lot of healing (add phase), a particular tanking technique (kitting) and above all a perfect coordination of the group. A great challenge!


Do you want to be up to date and know all the tricks for your video games? In gamesmanagers.com we enjoy playing as much as you do and for that reason we offer you the best tricks, secrets or tips for you to play non-stop. We offer you quality content and always updated to keep you up to date. That's why, in our website, you will find not only videogame guides but also tricks, secrets and thousands of tips so you can play to the limit. Are you ready to get it? Enter now and enjoy your videogame!
SWTOR - Introducing Armor Crafting ❯

Add a comment from SWTOR - ZL: Legacy of the Rakata (Hard)