Tropical Wars - Conquer the oceans with your pirate koalas! 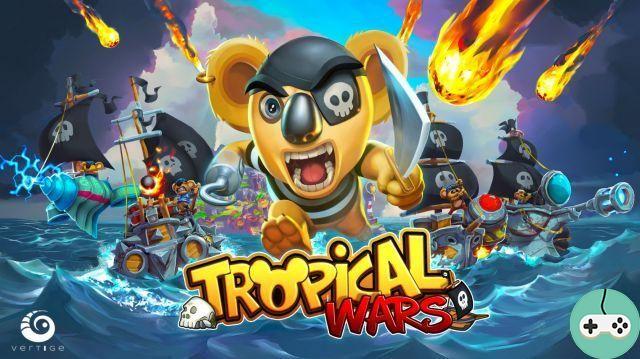 The goal is simple: conquer the oceans! Getting there will however take longer than expected because other players are also trying this feat, which will lead to inevitable clashes. To prepare for war, you first need to be able to rely on a prosperous and well-equipped pirate island because this is where the resources are gathered, the ships are built and most of the management component of the game is handled. 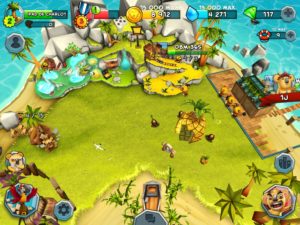 Every building needs workers to function or be improved. Of course, there is a maximum amount of workers accessible, so it is necessary to skillfully dispatch the small koalas as needed, while taking into account the fact that they also need to sleep and therefore stop when they are needed. are tired (then you have to consider shifts if you want uninterrupted production). Each new worker costs rupees, needless to say, it quickly gets out of budget! To give you an idea, I currently have 5 koalas, knowing that I can put 3 in prospecting for water, 3 for gold, without forgetting all the research (and if more koalas are look into the matter, the less time it takes). Hiring rescuer koalas should not be neglected to save pirates who are victims of a defeat at sea (a buoy can be created every 2 hours for a maximum of 10 by default). 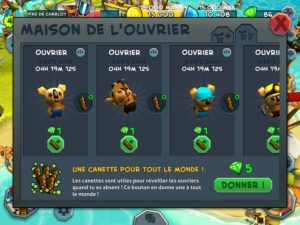 On the island, different buildings offer improvements. The town hall is focused on production and will allow workers to search faster or sleep less. The Command Center offers martial enhancements for combat effectiveness. 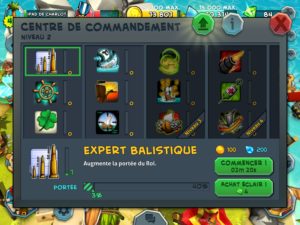 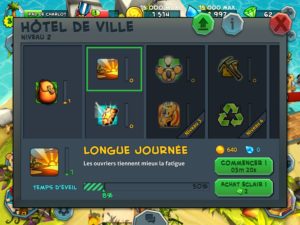 Once the war fleet has been built and as many upgrades as possible have been made, it is time to go to war. Two possibilities are open to the daring sailors that we are: campaign mode, solo, and global battle against other players. 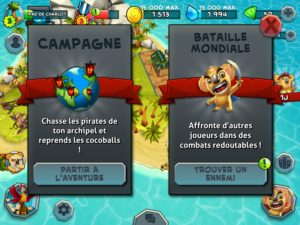 Both are based on the same concept and begin with a unit placement phase. On a grid, I can choose where each of my ships will depart from. On the ground, runes are available to give advantages (and disadvantages) to units placed above. Note that the placement of the other players is carried out beforehand on the coasts of the pirate island at the port. 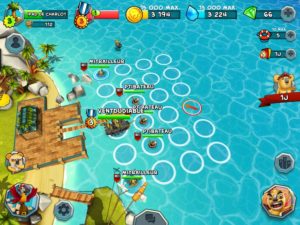 Once the placement is complete, the fight begins. The ships attack and advance automatically although at any time I can intervene by selecting a unit with my finger and then sliding in the direction it needs to go to adjust the heading. This is all the more important when the enemy in front makes area attacks. We must therefore quickly escape. 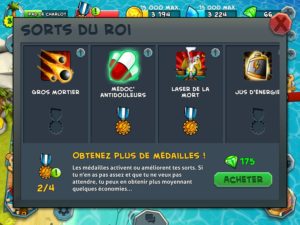 To win, you have to shoot down all enemy ships, limiting damage. In the event of a shipwreck, it is always possible to use a buoy to save a ship and this is preferable because the ships increase in level as the battles are won (and therefore a destroyed boat is really not good) . And if all our ships are in the water, then it's defeat! It doesn't matter if the captain's ship is destroyed, the small boats continue regardless. 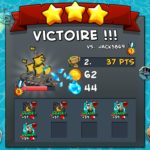 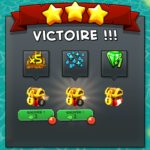 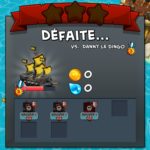 The game offers interesting and fun management. The workers' nap forces you to come back regularly, creating without really realizing a rapid and severe addiction to pirate battles. Crazy koalas are fun, humor is everywhere, aided by colorful graphics. A priori, going through the CB step remains completely optional, various free ways to obtain emeralds being available in the game. Really nice, bug-free although I discovered the game in its beta version a week before launch, Tropical Wars has all the ingredients to seduce players looking for a new RTS to challenge their friends. 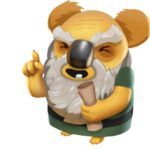 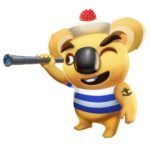 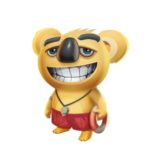 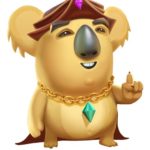 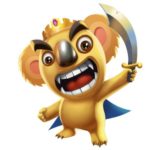 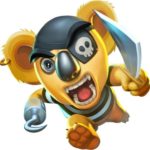 add a comment from Tropical Wars - Conquer the oceans with your pirate koalas!