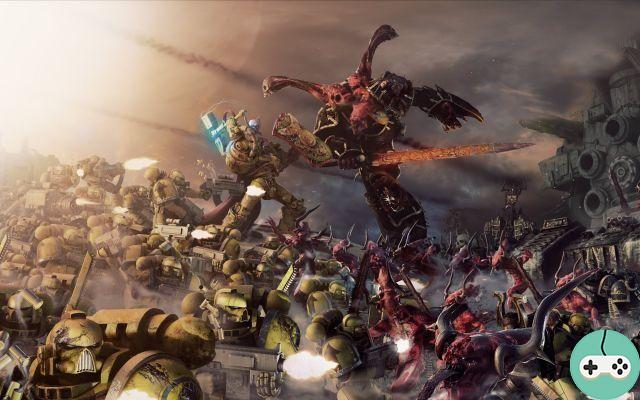 Let's go to meet the sequel to the first opus of Dawn Of War. The development of Dawn Of War 2 was entrusted to Relic Entertainment who had already developed the 1st of the name.

Two expansions have been released to improve the content of the game: 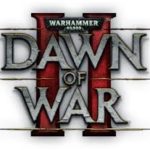 Back to the game, the gameplay is very different from the first. Indeed, Relic Entertainment has radically changed the game system. It is much more like the Company Of Heroes game than a basic strategy game.

Regarding races, we find the classics of the Warhammer universe such as the Marines, the Orks ... The arrival of the Tyrannids in a playable version is also part of this opus.

In the game we find 3 game modes:

First of all, in the first expansion of Dawn Of War 2, we can only play the Spaces Marines. The story is after the campaigns of Kronus (DoW: Dark Crusade) and Kaurava (DoW: Soulstorm) where we must defend the recruiting planets of the Bloods Ravens against the Xenos. The Aurélia sector, comprising the planets Calderis, Meridian and Typhoon, is attacked by the Orks but also the Eldars ... Everything gets complicated afterwards when the Tyrannids and their swarms enter the game.

The second expansion, Chaos Rising, takes place a year after the events of Aurélia. Planet Aurelia reappears from the warp after centuries of disappearance. This one containing strange mysteries, chaos as well as the previous factions seek to tame it.

Finally, the last opus, Retribution, takes place 10 years after Chaos Rising. It highlights the corruption of the Aurélia sector and the holy inquisition of the Imperium is on its way to purify these worlds. Fortunately, Adrastia, an inquisitor promises that the sector will be spared if the source of the corruption is destroyed.

Since we can play every race in this game, that's the main focus of most campaigns. 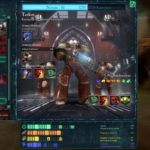 Unlike single player mode, multiplayer is classic strategy game. We have a base where we can recruit and develop our technologies. As in the first game, you have to control strategic points / relics to form creatures.

We can choose at the start of each game a hero among 3 with specific skills. 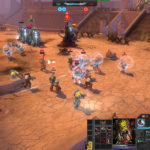 This mod arrived with the Chaos Rising expansion, the goal being to defeat a series of 20 consecutive waves.

With the extensions, we have the right to several heroes like:

Each hero has his own abilities and playstyle. Over the course of the battles, the hero gains experience and acquires new pieces of equipment. These coins are used to gain skills.

So you have to choose between damage, armor and skills. This is what makes this game mode quite nice but also difficult. 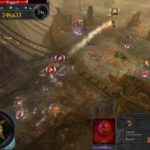 This game is different from its predecessor. The single player campaigns are really rich in gameplay and twists. For the classic multiplayer mode, I'm not a big fan. On the other hand, the last stand is a real treat!

If you haven't yet tried the adventure, the game and its 2 expansions are available in a pack, offered at € 39.97 on Steam.


Do you want to be up to date and know all the tricks for your video games? In gamesmanagers.com we enjoy playing as much as you do and for that reason we offer you the best tricks, secrets or tips for you to play non-stop. We offer you quality content and always updated to keep you up to date. That's why, in our website, you will find not only videogame guides but also tricks, secrets and thousands of tips so you can play to the limit. Are you ready to get it? Enter now and enjoy your videogame!
Forge of Empires - Overview ❯

Add a comment from Warhammer 40K – Dawn Of War 2 – Aperçu