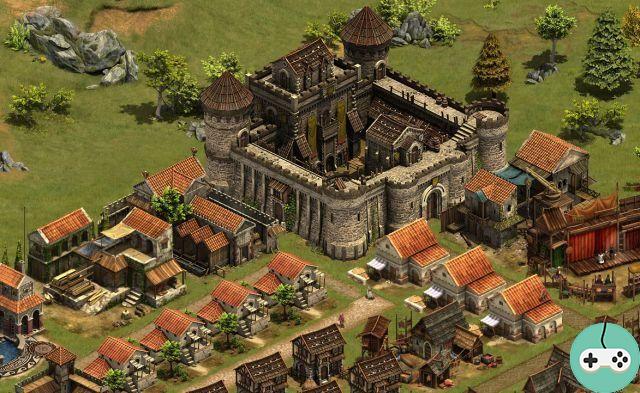 I like to play from time to time Forge of Empires, a very nice browser game and I suddenly wanted to tell you about it. The goal is, as in many other strategy games, to develop a base, to make it economically viable and to defend it from possible villains. Forges of Empires is no exception, most of the strategy works for the long haul. It's even rather long ... it has its advantages, as well as its disadvantages. 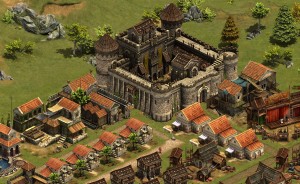 We start very small, with two or three huts in the Stone Age. This is where we learn to place buildings, collect money, goods and raw materials. The more we evolve over time, the more our city grows. We go from one age to another, crossing the various key periods in the evolution of human societies, with the great technological discoveries, both civil and military. For the moment, the game has six eras, well rather seven if we count the Stone Age. 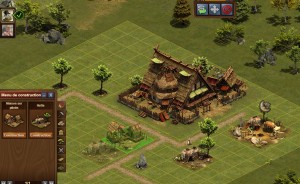 The more we advance, the longer it is. We are increasingly asked to optimize our territory or produce resources. Developers can thus extend the duration of the game over the very (very!) Long term. It is a fact: if you are not really convinced by the game from the start, it is hard to motivate yourself by seeing the game. tech tree that spans the length. You have to see the other side: for those who have enough patience, we are sure to always have something to eat.

When it comes to expanding his empire, there are two cards to consider. The one where we have our city and the one where there are quests, managed by the game server. So we do not fight against other players but against non-player characters. 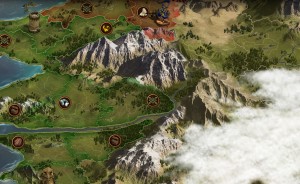 Thanks to these battles, we acquire sectors, then entire regions. Each conquered sector offers gold or commodities. Once all the sectors of a region have been conquered, we access a kind of booster that promotes the production of resources (marble, limestone ...), gives a treasure (with gold and goods), brings an extension of territory for his city or finally gives an entry into the multi-player tournament corresponding to his age of development.

What about the other players?

In Forge of Empires, we are not in an MMO where the interaction between players is strong, both as an ally and as an adversary. Rest assured, there are still links between the players. First, there are the neighbors, all around. Every day, one can decide to behave like a good friend and boost the buildings of their cities, offering them points for building wonders or trading with them. Or, if you're in a petty mood, you can attack them! It's not very nice especially that being nice brings advantages especially in terms of resources. 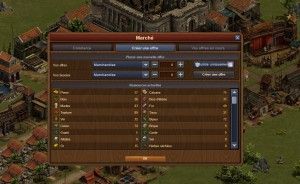 Admittedly, fighting also brings in resources through looting. In the statistics, we can only note that the most belligerent players are generally those who succeed the best ... it's true, why bother working and producing when you can loot others? This looting system only works with neighbors.

The other way to interact with players is to enter into an alliance and establish commercial ties. A kind of guild in fact with the assurance of being boosted more often its buildings and of being protected by a community.

When we say "strategy game", we first think of the Age of Empires lineage. The fights here are completely different. You don't attack with a huge army, only with eight units on an octagonal checkerboard map. And the movement is rather laborious, the units advancing from square to square. This is a relatively disappointing point, moreover. According to the developers, this is a way to simplify the fights for the players ... or for them? 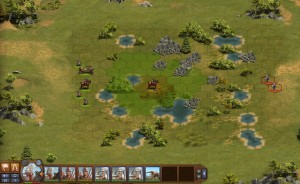 Many players in the community are complaining and I understand them! Of course, we are playing on a browser, suddenly a large-scale battle would risk putting the system in jeopardy, but hey all the same. In addition, in terms of graphics, it really does not look like noon to two o'clock ... Especially in comparison to the work that has been done for buildings and cities in general.

The length of the game can be very interesting for players who like to take their time and don't need action. For others, it may quickly become very boring. The interaction between the players and therefore the concept of multi-player game still fits into the framework, without creating a real community. We are still far from an action game. In terms of graphics, the game in general is relatively well done, pleasing to the eye. Apart from the combat module which is disappointing. 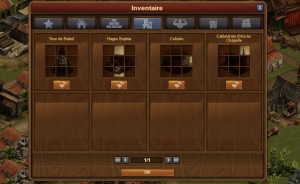 Forge of Empires is a pretty successful game, with a few small flaws. They may be changed over time. Also at this moment, the great monuments have been implanted, which gives a little dynamism to the game. Why not take a look yourself: Forge of Empires.

Do you like these browser strategy games? Have you tested any of them? I played The Settlers Online too!

No70: Eye of Basir - The Mysteries of a Haunted House