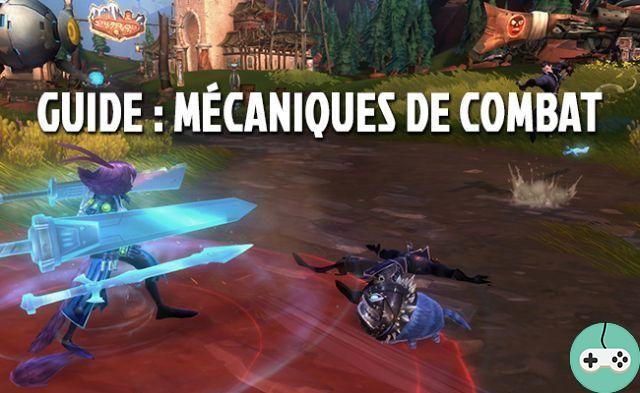 Today, we're going to learn the basics of combat, so I'm going to put together everything you might encounter in combat in one article! After that, you'll be ready to break everything in the beta! 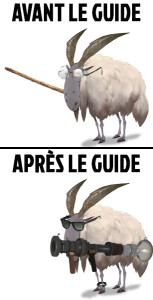 I think this image is pretty clear!

It's really WildStar's innovation in combat, telegrams have been dealt with here before, but I'm still giving it a shot. These are areas on the ground of different shapes (circles, cones, lines, ...) which will be the areas of effect of your spells. Basically, it's the targets inside that will be hit.
The innovation of this system is that all your skills work with it, so there is no direct targeting to do: the combat system that is played with the TAB key is a thing of the past!

It's really a novelty in MMOs that really energizes the fights, I advise you to go in PvP (from level 6) to see what it gives in multi-player fights!

Here is also the official video presenting this system:

Controls aren't new, but it's a must-have in MMOs. And WildStar is no exception to the rule, adding a little personal touch.

Remember in WoW, for example, where disarming only removes your weapon for a few seconds? Well in WildStar, it will be thrown a little further, and to get it back quickly, you will have to go to it!

Here are the different types of controls and how they work:

Another important thing, bosses can be checked ! Each boss in WildStar has armor that prevents it from being checked, but it can be destroyed. And once destroyed, the boss will be able to undergo all your checks. It's not yet stated if his armor regenerates over time, but that's what I'm guessing.

In short, as much to say that the combat system is quite innovative and rather original. Telegrams offering zone-only spells, forcing you to focus on the movement of the target (s), and controls playing their role more than in other MMOs, not being just poor ailments (or debuffs)!

And you, what do you think of these innovations? Are they more interesting to you than those always offered in MMOs?


Do you want to be up to date and know all the tricks for your video games? In gamesmanagers.com we enjoy playing as much as you do and for that reason we offer you the best tricks, secrets or tips for you to play non-stop. We offer you quality content and always updated to keep you up to date. That's why, in our website, you will find not only videogame guides but also tricks, secrets and thousands of tips so you can play to the limit. Are you ready to get it? Enter now and enjoy your videogame!
Street Fighter 5 - Introducing the Beta ❯

Riders of Icarus - Starting as a Sorcerer / Wizard