Wildstar - Meeting with the artistic director 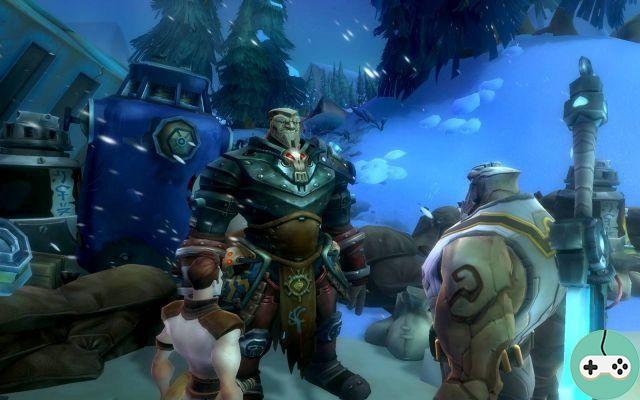 This week Matt Mocarski, artistic director of Wildstar gave an interview to the site Massively. 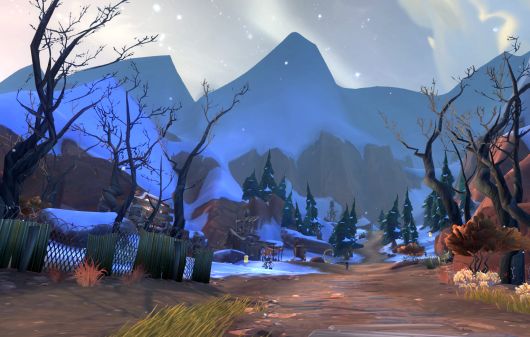 WildStar is unlike any other game today, whether in game mechanics or stylish graphics. More than anything it's impossible to say that WildStar lacks personality!

The article begins with a question about the sources of inspiration for the look. We learn that it is a strong will of the creative team. The various existing technologies have been used to enhance the game and not the other way around, it is not the game that has adapted to the use of this or that technology.

One of the strengths of the team is their love for comics and animation. So by exploring different styles and sharing their ideas, they came to the conclusion that they all wanted something with a lot of personality. 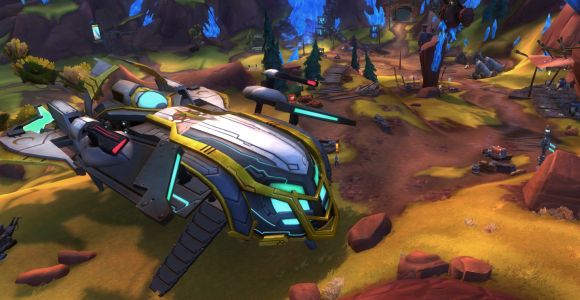 The second question relates to the colors used during the artistic creation of the game. Indeed in all the areas revealed until now, each time the color palette used is rather restricted in order to create a particular atmosphere.

Matt reveals that to create an atmosphere, it does not start with the color but rather with what must happen in this area and it is only then that the colors and the lights take on all their importance. Indeed it is this subtle mixture of color and light which prepares us, us players, for what will happen to us in the zone.

For example, if they were to create a magical forest, there would be an oversaturation of greens and yellows in order to cause us to feel awe. However if in a part of this forest they wish to plunge us into disarray, they will modify the color palette in order to tell the story they wish. They will for example use darker colors and add fog to give a sense of apprehension. The color scheme can contain dominances of brown and gray to bring out ideas of death and decay.

The goal of artistic creation remains to offer the player the best possible gaming experience.

The atmosphere of an area can also change thanks to the sky or the fog. These are items that arrive at the end of the creation process and it gives them the freedom to change the look of an area very quickly if the need arises for a last minute quest.

Another aspect of creating a zone is what they call the zone fatigue phenomenon: playing for hours and hours in one type of zone can get boring no matter how the sound is rendered. atmosphere of the area. The color of the different areas is also an important point to watch out for. They try to make our environment from one area to another really different, for example if we just spent several hours in an area with an orange dominance, they will try to propel us into an environment with a color predominantly blue. In the case of WildStar, we propel ourselves into space for a while. Between a magical forest and a mining asteroid, a change of scenery is guaranteed! 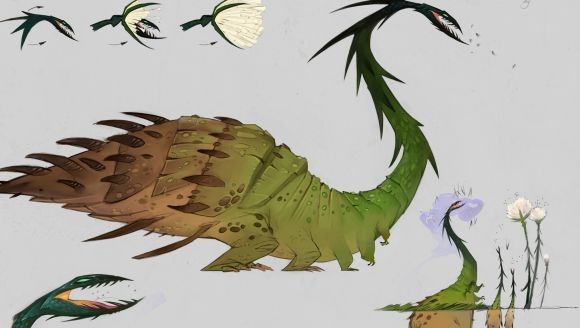 The next question addresses the issue of making WildStar's aesthetic unique in an already crowded MMO market. In fact, the artistic team did not want to ask the question, they simply tried to impress us because if they had sought to offer us only environments that have never been seen elsewhere, they probably would have failed. At first, however, they started with this type of idea and wanted to offer us an underwater area, which had never been done in an MMO before. And then World Of Warcraft announced Vashj'ir and so they went back to their drawing boards to get some new ideas. It wasn't long after that they realized they just had to create environments that work for WildStar and its story.

If there is one thing they are convinced it is that the personality of the universe of WildStar and its characters will not leave us indifferent. There are things that they've seen in a lot of other games such as Team Fortress 2, but which are not yet found in an MMO. They are confident that WildStar is going to be refreshing for MMO enthusiasts.

The penultimate question focuses on the visual element of the game Matt has preferred to work on so far. Difficult question since Matt tells us that his preference is constantly changing. However to retain just one element, Matt tells us that he adores the playable characters of the game. He would like to be able to play with them in any type of game. Seeing them come to life is the best feeling he could have had on this project. . He also lets us love the customization options for the races, but what are these famous races?

They have a lot of freedom and can do a whole lot of things with the multitude of ideas brought in by over-excited team members. Matt ends by admitting that he can't wait to see our reactions when they tell us more about the game. Matt if by any chance you're reading this article, go ahead, we're ready!

The last question may seem quite simple, the choice of a stylized universe presents unique challenges that would not have been there with more "realistic" models. Matt simply responds that everyone has their own art form with their own challenges, and for him the most difficult thing is not being able to use reality as a reference but having to design its own reference.

For example, shadows, with a realistic model, some metals reflect light and the environment very precisely. But when it comes to styling, they have to figure out how best to render this metal in a unique way. It is only with several attempts that they manage to bring the finishing touches.

Finally, the studio relies a lot on artists who are able to paint sketches, they don't use any photo references. It takes training every artist who comes into the team to give them the spirit of the game. It takes a lot of work, but they remain convinced that it will pay off in the end.

What do you think of WildStar's graphic "paw"?

Add a comment from Wildstar - Meeting with the artistic director