Wildstar - Ride with a class: Warrior 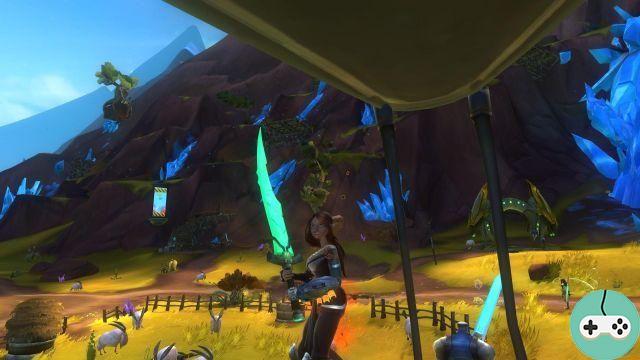 The information and images you may view do not reflect the final version of WildStar. This is also information disclosed under control and with special authorization. The Non-Disclosure Agreement (NDA) entered into by Carbine Studios and NCSoft is still in effect until further notice from NCSoft only. Please respect it under penalty of sanctions from the publisher.

A character carrying a big sword, that can only intrigue me! Indeed, playing mainly contact classes, I will (certainly) embody in WildStar Warrior or Ranger. The little one has a Soldier vocation and began her adventures in the Northern Wilds area. Charming, isn't she? 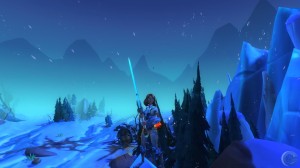 Impossible to miss it! My warrior? No, I was thinking rather of her big sword which she brandishes dangerously, more cleverly called Greatswtord. To complete the fighter outfit, she wears heavy armor as well as an energy shield. 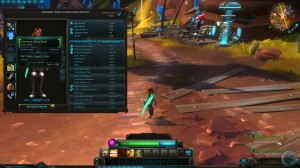 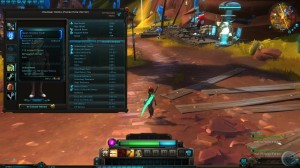 As for almost basic characteristics (I am here level 6), we see that I have above all the Brutality. 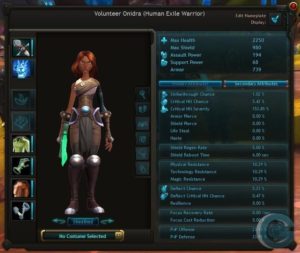 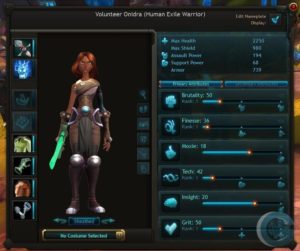 The warrior can be DPS or Tank. It therefore has 2 dedicated branches. The Tank branch is unlocked slightly later than the DPS branch. 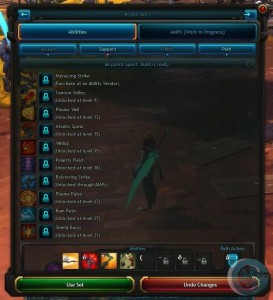 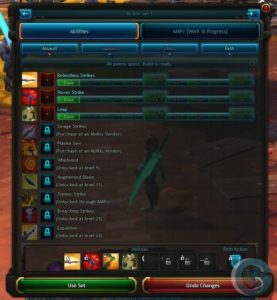 It's impossible to know at the moment how many talents are available altogether. The window only presents 10 spells, up to level 24 and 31 respectively. A third common branch is available very early on, the utility branch. 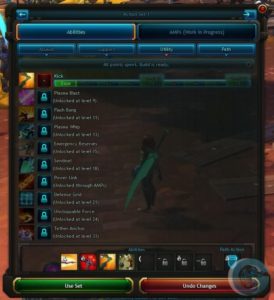 And there is the fourth branch, for the vocation. You can read more details about it on my dedicated overview. 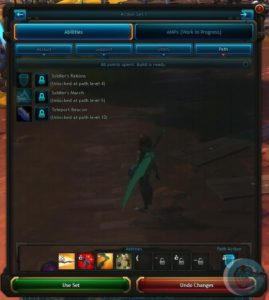 Talents can then be increased up to the 8th third. 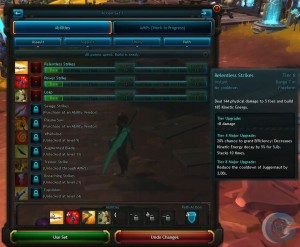 The class skill I have is Juggernaut. It's a big spell that increases my damage efficiency, at the expense of resistance. When activated, it increases my abilities for 6 seconds by increasing Assault and movement speed by 50% and reduces the reload times of the 2 trees. In addition, kinetic energy no longer drops during this period. 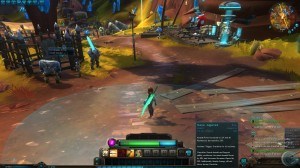 Perfect transition to talk about the warrior's resource: kinetic energy. It's simple: the more you type, the more you accumulate. And you lose some by casting spells or getting out of combat. Efficient and deadly, most of the warrior's blows do damage in an arc in front of him. From low level, he also has an ability that allows him to stun enemies. Here are my basic spells with telegraphs to see areas of effect: 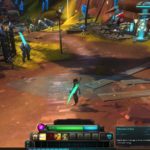 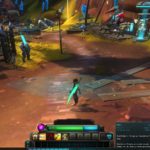 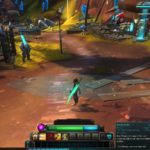 At 5th level, I gained a leap back spell. Not bad for adding dynamism and landing with grace and discretion! 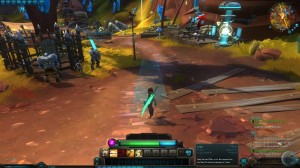 If you want to see it all in action, I made a quick little video (yes, I don't release my energy enough on the end, thinking the boss would die faster):

In conclusion, the warrior is pretty cool to play. Overall, I didn't have any particular problems in the first levels I built. The class skill (Juggernaut) allows you to get out of many situations unscathed. It helps when a few additional, unexpected monsters invite themselves into a fight (which is very common). 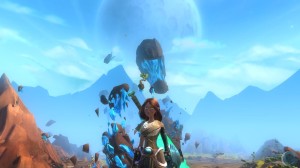 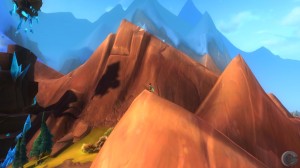 However, the long delay of this same ability (90 seconds) makes the class not very dynamic at low level. We are satisfied with a few spells and we stick to them most often, except hard blow.

But these are only the first levels, with only damage skills. The lack of low-level tank skills and the lack of abilities accentuated this impression which will certainly subside at higher levels (and I can confirm this since, having leveled up a few more levels and having purchased the spells that I was missing) . 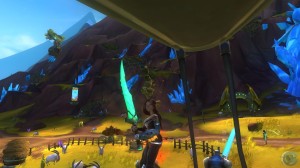 The warrior will appeal to all players who love brute force and high damage, without neglecting his undeniable tank strengths which will certainly make him a popular class for players!

Add a comment from Wildstar - Ride with a class: Warrior