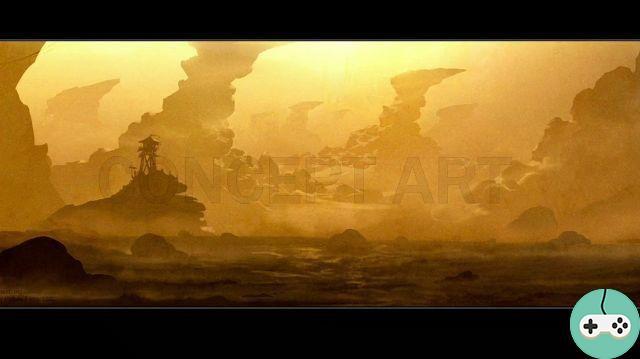 We are in a period when the universe of (World of) Warcraft is looking a lot to its past. Indeed, we are currently awaiting a film which several elements show that it will take place during the period of the game Warcraft I: Orc and Humans (in particular characters whose death is dated there). The last extension of WoW, it takes us into a parallel universe which branched off when the same Warcraft I game was to begin. Everything therefore seems to point to a desire to go back to the sources of 1994. Nothing is less simple. The Warcraft mythology as imagined for this release is very thin. Of the famous warlords of Warlords of Draenor, only two are needed to explain the history of this game. It is only the following year with Warcraft II: Tides of Darkness and its extension Beyond the Dark Portal that the questions are really asked. bases of the universe that we know today. The rest was done on the basis of retcons. 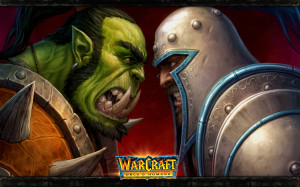 The simplest example of what I just said is the character of Durotan, one of WoD's main warlords and heralded as the most important Orc protagonist in the film. If we stick to the history of the series, he was assassinated at the start of the events of Warcraft I. However, his creation does not date back to 1994 but to 1997 for a point & click adventure game called Warcraft Adventures: Lord of the Clans. Game which will be canceled in 1998. The story is known because the screenplay was reused as a novel by one of the authors. They are: The Leader of the Rebellion by Christie Golden. The main character is Thrall, and his adventures in Warcraft III: Reign of Chaos (2002) then World of Warcraft (2004) will follow it up while respecting the elements that had been established there. Durotan's role in this? Close to zero. As the hero's father, he just served to give him some legitimacy by placing them among the main leaders of the Horde. From there, it will develop into short stories and novels where some find it useful to have certain members of the same family / lineage share common character traits. This is how he becomes the paragon of the noble orc and the model of what their race should be. The opposite of demonic orcs as they appeared in Warcraft I. 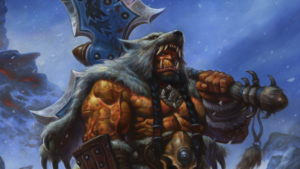 Another example is Ogrim Marteau-du-Destin. True orc hero of the Warcraft I and II games, he only survives in Warcraft III long enough to designate Thrall as his successor. Two leaders of the Horde could hardly live together. It is therefore up to Grom Hell-Cry, who appeared as the commander of the orc rearguard in the extension of Warcraft II: Beyond the Dark Portal, to play the role of mentor to the young orc. When Durotan appears to legitimize his son's dynastic abilities, he is introduced as a friend of Ogrim. He thus creates a link between these two leaders of the Horde, adding a new legitimation. But with novels, the balance of power has been reversed. From Durotan, friend of Ogrim, we went to Ogrim, friend of Durotan. The city to which its name was given is the last great legacy of this leading character in the first two games of the saga. Beside, Grom bequeathed a son whose family tie is the only legitimacy to take this central role in recent years. And it is this duo that represented the base engine of Warlords of Draenor. WoD where the great and legendary Ogrim Doomhammer is the big absent. But what happened? What happened to him ? His star faded against the more recent Durotan and Grom, and he ended up deemed superfluous and dismissed.

I admit that so far I've talked more about Horde orcs than Alliance humans. This is justified by the fact that those of Warcraft I are different from those of its Warcraft II and III sequels. The ending chosen for this first game was that of the Orc campaign, destroying the opposing capital and pushing the refugees into another realm. So everything is legitimized. The reconstruction has been taken into account in relation to World of Warcraft, and this in a certain continuity. There is no new character introduced later to justify certain events. There is no need to shed new light on a race in search of rehabilitation and absolution, and to relaunch it without their initial character not displeasing certain parents and certain people. There are no such strong examples. I could also refer to the children of Blackhand the Destroyer, the original leader of the Horde before Ogrim, used from time to time as roleless scarecrows to match their father's level. I think I was pretty clear about the difference between the story of WWI as we know it and as it really unfolded in the first game in the Warcraft series. 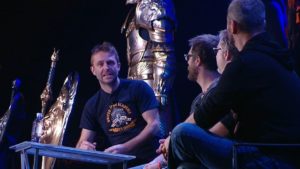 The impact of these differences is already visible in World of Warcraft and its Warlords of Draenor expansion. But for the Warcraft movie, scheduled for next year, what will it be? We can be sure that it will be different from what we know. If only because an adaptation always contains a part where directors and actors impose their point of view on the original work of the creators. You only have to follow the interviews where they talk about it to realize that they have already done it. But when these creators contradict themselves? ... One thing is certain, we will have to expect that Blackhand, Gul'dan and Ogrim Doomhammer reduce their roles in the face of more recent creations and popular like Durotan. The result will inevitably bring a lot of surprises. Which themselves will certainly influence the future of the various games in the Warcraft series.

Do you want to be up to date and know all the tricks for your video games? In gamesmanagers.com we enjoy playing as much as you do and for that reason we offer you the best tricks, secrets or tips for you to play non-stop. We offer you quality content and always updated to keep you up to date. That's why, in our website, you will find not only videogame guides but also tricks, secrets and thousands of tips so you can play to the limit. Are you ready to get it? Enter now and enjoy your videogame!
Riders of Icarus - Families: Castel Hakain ❯