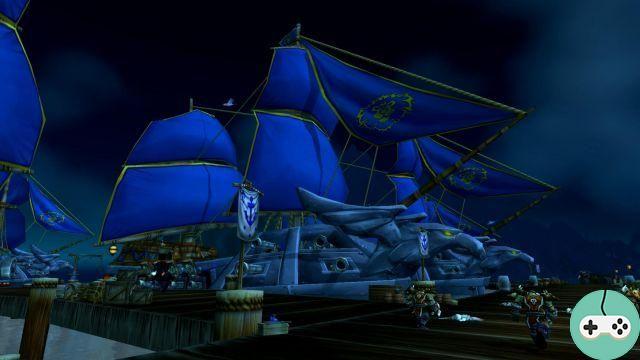 This scenario, intended for 3 fiery characters of level 90, offers 5 phases and takes place in Dustwallow Marsh. Note that this scenario has been upgraded to level 85 on public servers so that we can test it a few days before the release of Pandaria. 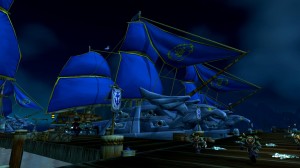 In this phase, it will be necessary to set fire to 6 barrels of powder guarded by captains, each on his boat. If you manage well, it is possible to avoid some captains. Use discretion (or rush into the heap without thinking, that also works).

Once all the powder barrels are trapped, we must inform the master blaster Mechspark of our success. Once done, phase 3 begins, which consists of killing Baldruc and his griffins. To reach this boss, you must first kill many Theramore guards. There are infantrymen, officers, arcanists (mages), devotees (priests) and snipers (hunters). Do not hesitate, as much as possible, to attract these spellcasters to contact and especially think of interrupting the care of the faithful. 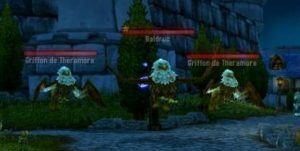 Baldruc is accompanied by two griffins of Theramore. Kill them first or at the same time as the boss (while you're at it!). Baldruc places storm totems that must be killed as a priority: they don't have a lot of health points and they hurt!

Kite Lovers: Defeat Baldruc at level 90 without destroying any of his totems.

Avoid patrols as much as possible (go behind houses if necessary) to go to the side of the front door.

There is the Grosse Bessa, a big tank. When you're in his end-of-war sights, run (or slam survival CDs). While you are running, do not hesitate to sabotage the unoccupied tanks, it is time saved for the future (do not stay aside though, it hurts a lot when they explode). 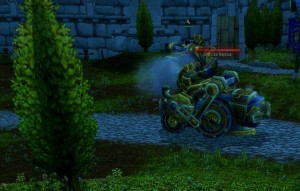 It doesn't tank me: destroy big Bessa at level 90 without anyone being hit by her rams or cannons.

This is already the final phase! We must kill Hédric Cannelisse, to prick him the keys to the arcane chains allowing Thalen Tissechant to be freed. The boss is upstairs in the dungeon (classic architecture). Once again, avoid patrols as much as possible along the walls (there are no guards against the walls). 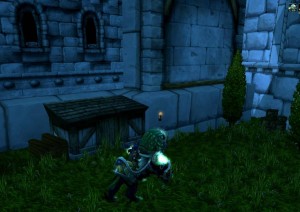 The boss goes through several phases, depending on the weapon he carries and is above all ultra candy-breaker for all classes on contact. He starts with a weapon at 2M and uses barrage of blades. He throws his sword in front of him. Then he switches to the shield and the weapon at 1M. There he launches sharp stronghold, stop all attacks without delay. Finally, he lets go of his shield and grabs a dagger in his left hand. He then uses Dancing Blades, which deals damage around him (gift for classes on contact!). 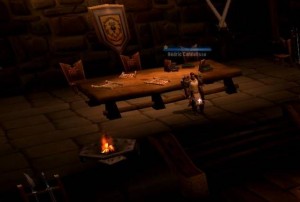 Once the boss is dead, do not immediately ungroup, there is still the blood elf to save in the cellar ... and a little surprise for the end.

Friends of the Alliance, don't hesitate to provide me with your version of this scenario?


Do you want to be up to date and know all the tricks for your video games? In gamesmanagers.com we enjoy playing as much as you do and for that reason we offer you the best tricks, secrets or tips for you to play non-stop. We offer you quality content and always updated to keep you up to date. That's why, in our website, you will find not only videogame guides but also tricks, secrets and thousands of tips so you can play to the limit. Are you ready to get it? Enter now and enjoy your videogame!
SWTOR - The Datacrons on Tatooine and Alderaan ❯

Add a comment from WoW - Scenario: The Fall of Theramore (H)